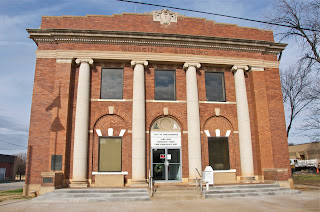 The Municipal Building was erected in 1922, during the oil boom.  With the discovery of oil came a population explosion, from 1500 to over 20,000 in two years.  There are two bays located at the rear of the building (which currently houses the Fire Department) and since they appear to be original to the building, it leads me to speculate that was the original purpose of the building.  I cannot think of any other reason a building would need large bays in which to park trucks. 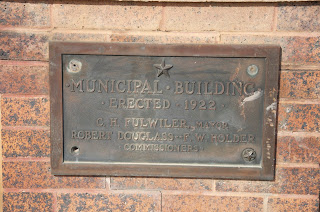 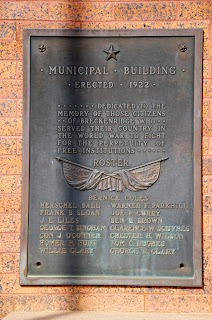 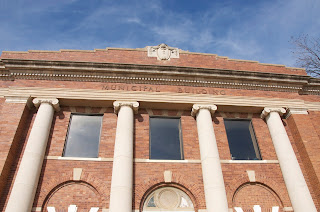 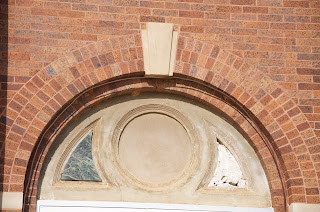 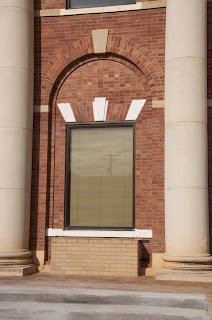 An early black and white photo illustrates the windows were originally 8 over 8 design, and the yellow brick under the two front windows was the same brick as the rest of the building.
Posted by Suzassippi at 7:49 AM