I took advantage of a couple of hours one day after errands to the grocery store and post office to drive out to Jean, a community about 14 miles from Graham.  My best friend in high school lived in Jean.  It probably did not look much different then than it does now, and surprisingly, still has a lot of folks living in the community, along with two active churches. 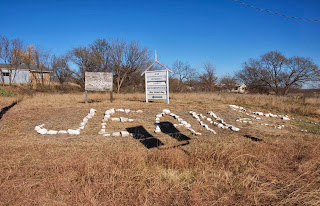 Jean was established in 1875 by settler S. B. Lamar, and the community was first called Lamar.  Lamar's son, who became the first postmaster, changed the name to Jean, in honor of his girlfriend (Hunt, n. d.).  The community also went by the names Gray and Shinola at some point in the early history of the settlement (Holub, 2009). 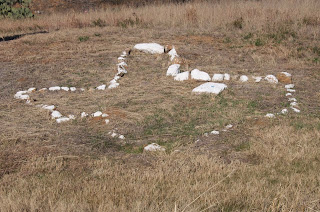 The square rock in the Texas outline represents Young County, and the tiny star is Jean's location in Young County.  The town moved one mile to its present location in 1903, when the Gulf, Texas and Western Railroad came through, connecting Seymour and Jacksboro (Holub).

In the 1920s, the community built four brick buildings for a bank, a drug store, a mercantile, which also served as the train depot, and a Masonic Lodge (Holub).  The Jean State Bank, 1921, is clearly identified.  The two structures to the right of the bank are marked as 1924.  The addition on the right has been altered with a raising door at some point, and additions to the rear of the center and right structures. 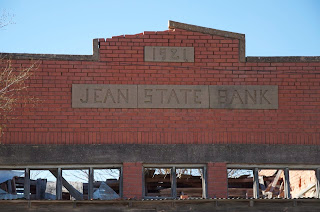 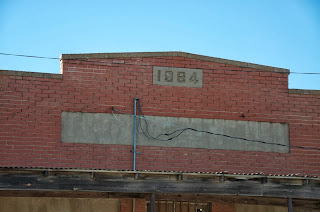 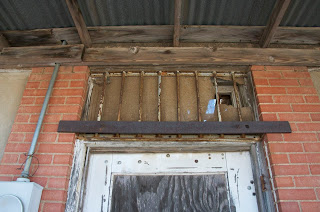 The remaining bricks at the upper right corner of the third section of the structure appears to indicate a fourth building was present at one time. 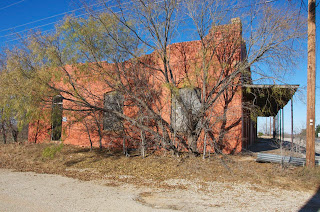 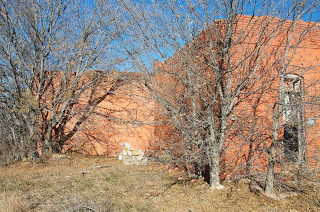 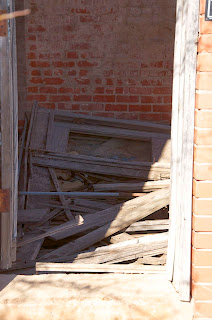 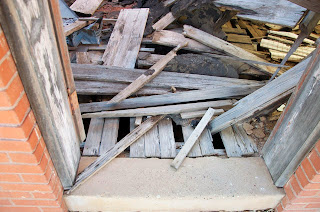 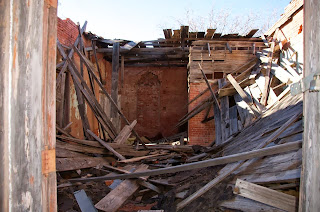 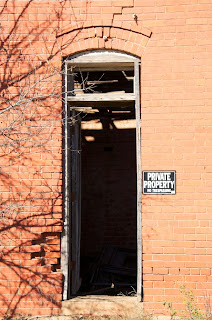 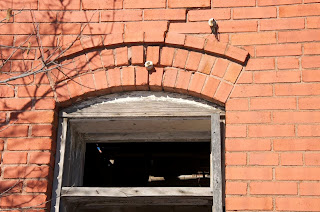 Always a little sad to see a building that was important to a community still standing, but obviously on the road to falling down.  Curious, the school built in 1927 is still in use as a community center.  We'll drive up the road that way later this week.

I think it's so sad to see buildings deteriorate and fall to ruin. And, wow, what a guy to name the town after his girlfriend. :) Hopefully they continued to have a happy relationship.