The morning dawned a coolicious 70 degrees, sunshine, blue skies with just a few fluffy white clouds here and there. I drove out to pick up my new "friend-daughter" (I love that term, just learned it). I have been seeing this truck lost in the kudzu for the last week and wonder how much longer before nothing will be visible. It is a common site here, actually. 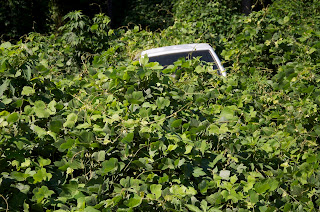 One cannot imagine how much kudzu is everywhere--a picture simply does not give an accurate indication of how overwhelming it can be in places. 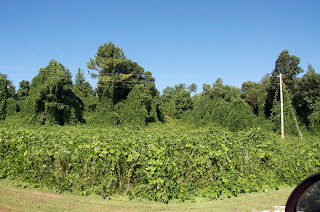 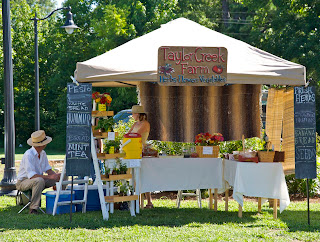 The farmers market was already getting busy by the time we arrive a bit after 9. I got white bread here, for making tomato sandwiches. I have never had it, but was informed Thursday I have to try one. 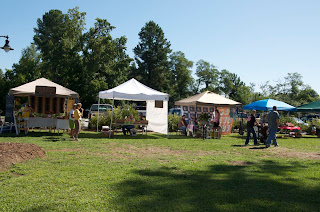 There was the usual herbs, truck garden vegetables, especially tomatoes, lots of homemade jams, salsas, and pickles, and quite a variety of breads including white, banana nut, tomato, multi-grain, and strawberry tempted this bread lover. 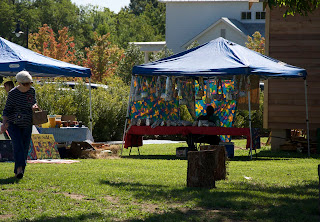 Peach tea, lemonade, and lots of non-food items rounded out the offering. Jesse makes purses out of potato chip bags, and believe it or not, they were quite beautiful. He folds and weaves the bags so they look like woven leather, but are colorful. It reminded me of all the everyday items in South Africa with which people make functional items, such as crocheting purses out of strips of plastic bags.
Handmade soaps, stained glass, black smith made spoons and other items, jewelry, pictures, and wood turned items rounded out the selections.
Tatum and I bought some soaps, heirloom tomatoes (those are the ones you are supposed to use in your tomato sandwich) and I got beautiful little eggplants and peppers to saute with tomatoes and basil for my lunch. 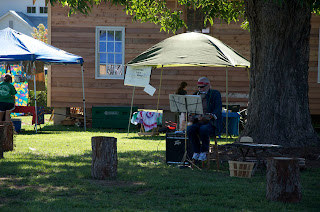 All of this, and entertainment, too. A lovely country morning.
Posted by Suzassippi at 11:22 AM 7 comments:

Adventure Based Counseling and Getting All the Money in my Pocket

Disclaimer: The pictures in this post are not of the class I taught tonight.
In tonight's grad class on groups, our topic was experiential group work, or what is commonly known as Adventure Based Counseling. I had really looked forward to the class as I love using ABC in my work, love teaching others how to use it, and in particular, really love this class and what they contribute to me. 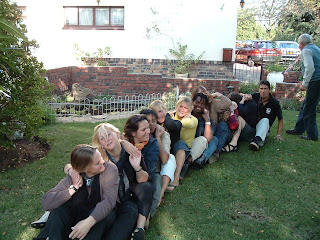 First, our home air conditioning went out today and I spent the day in a hot house in tank and shorts, whilst the repairman worked. Not a particular problem until it was nearing 4 and he wasn't done and I had to be at work at 5:30. My phone was not working, so I was dependent upon email to let Rando know I needed help--and unlike a phone, email is not instantaneous!
Finally, the repairman achieved a "temporary fix" for tonight and left at 4:18 with the words he would be back in the AM. I jumped in the shower and arrived at work with minutes to spare. All that kind of frazzled me, so I was glad it was a night of teaching something that I teach a lot, use a lot, and thus, felt really comfortable with. That thought was not to last long. 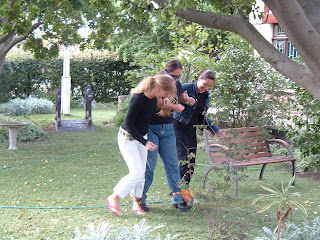 One of the students and I had planned for her to illustrate the opening "ice-breaker." She had discussed it with me, and I was excited about her idea and thought it would lend itself well to the group. I liked that it was a new activity and thus, I got new learning from it as well. When I do this teaching, I use a technique where at times, the "class" is "the group" and at times, they become "the trainers." What that basically means, is they have to experience being the group activity, and then we talk about how that would be/could be used in a "real" group.
The student who was co-leading with me started off by telling a story of her graduation from high school, and taking action for social justice when faced with a situation. I--and later, as I would discover, so were the other students--was somewhat mesmerized with the story. Then she asked us to "introduce" ourselves by sharing our proudest moment--as she had just done.
One by one, the class members did. It was touching; sad; funny; inspiring; hopeful. I was reminded anew of why those of us who choose social work do the work we do: because we care; because we are willing to risk; because we look around, and see that there are things in the world that should not be there and yet, are, and we want to change that.
I think sometimes that is why I have such a hard time with teaching people to do social work. On the one hand, I think of my friend D Aguerro back in Tejas--"I want to be a gatekeeper--but I want to be the one opening the gate and ushering people through it, not the one standing in the gate and keeping them out." I, too want to be that person: how can I help not only students, but anyone with whom I come into contact, get through that gate?
I was struck by the people in class tonight--people who have been admitted into a masters program, and into advanced standing in a masters program, who shared dropping out of high school for various reasons, and yet are now in grad school--and thinking how powerful is the human will, the capacity for success, and wondering why--given that is so--that so many of us end up by the wayside rather than in this class sharing a story. 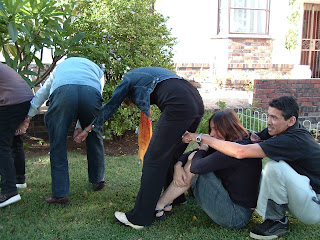 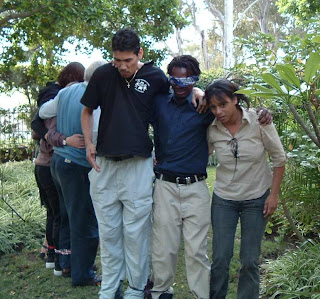 And then, before I could finish this post and the thoughts that I thought were so important, I had the opportunity to deal with 2 real life situations. That means that finding out how much money I had in my pocket, and whether or not the students were able to get it, would have to wait.
Posted by Suzassippi at 8:53 PM 3 comments: