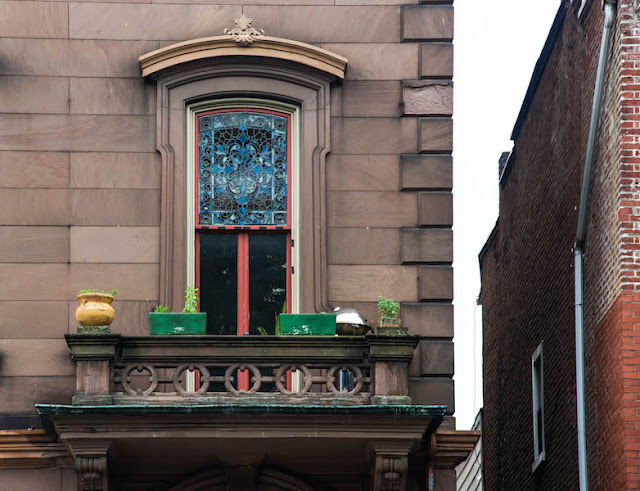 Who tends these little pots of herbs on the balcony of 24 No. 3rd Street?  What sorts of foods are flavored with snips of the basil, oregano, and rosemary seeking sun light on a street shadowed with tall buildings from the 1800s?

The "Hulick Mansion" was built in 1885 in Second Empire Style for Derrick Hulick, partner in the wholesale grocery company of Drake & Hulick.  It is part of the downtown historic district of Easton, Pennsylvania. 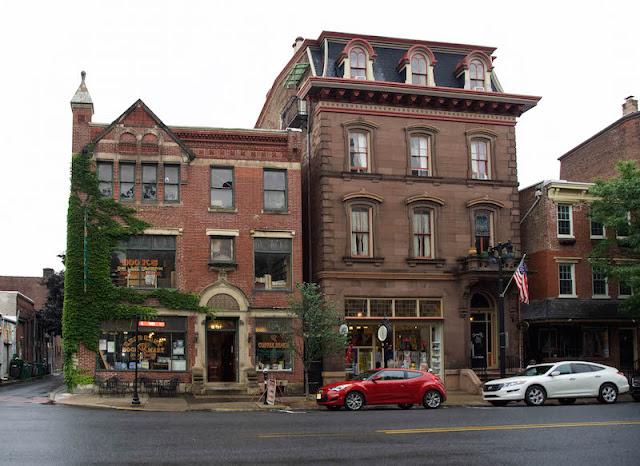 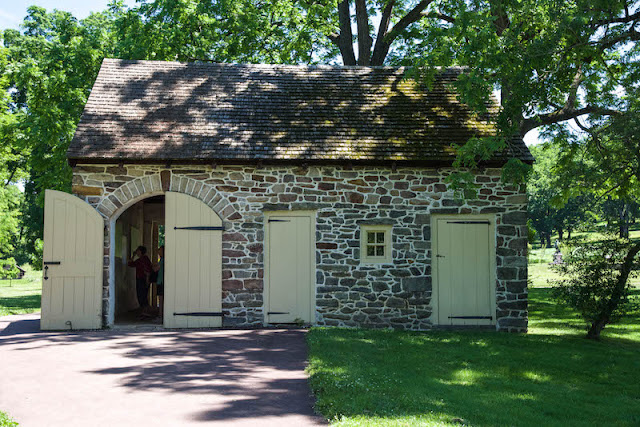 The stable is adjacent to the Isaac Potts house where Washington headquartered during the winter encampment at Valley Forge.  The stone walls were the only remains of the original structure.  It was erected circa 1773, and restored in 1975 (Valley Forge National Historical Park, Environmental Impact Statement, 1980). 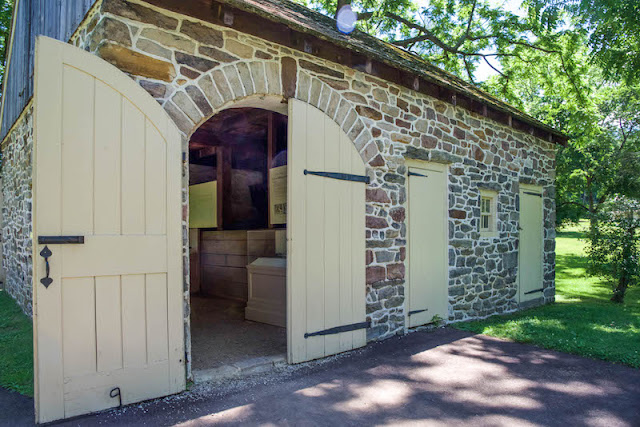 The structure is a one-story masonry stable constructed with unusual refinement in the stonework...At present, the building helps to delineate the historic scene around Washington's headquarters. 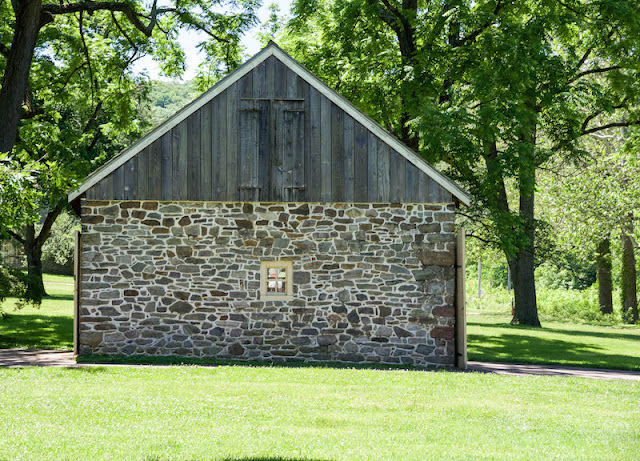 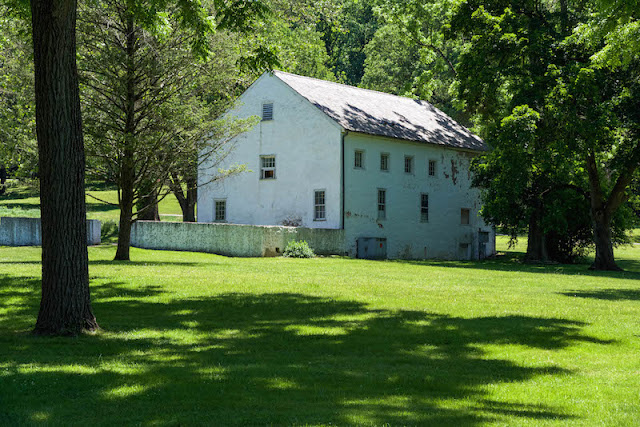 Potts Barn, just beyond the stable, was remodeled for use as offices and restrooms by the park service.  The barn is composed of "stuccoed rubble fieldstone walls" and was built "sometime between 1760 and 1820."  It was remodeled in 1928.


Some sense of the original building remains in the proportions, size, fenestration, rounding of the four internal corners of the stone walls, and hand-hewn roof framing.  Further research is recommended to detail the history of the building and to establish its relative significance.

Posted by Suzassippi at 9:30 AM No comments: 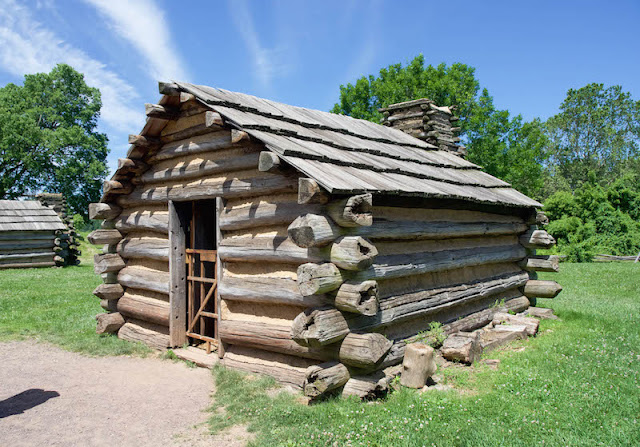 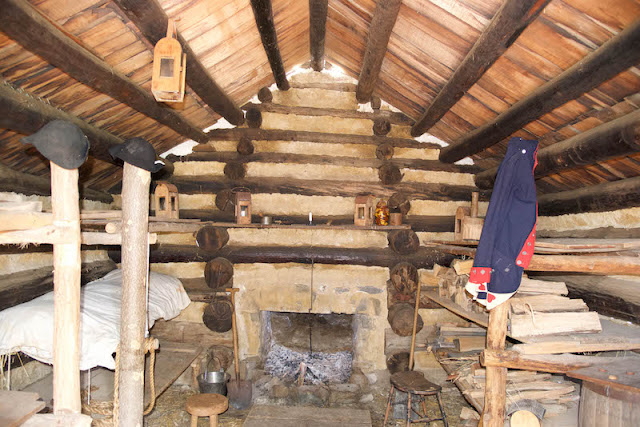 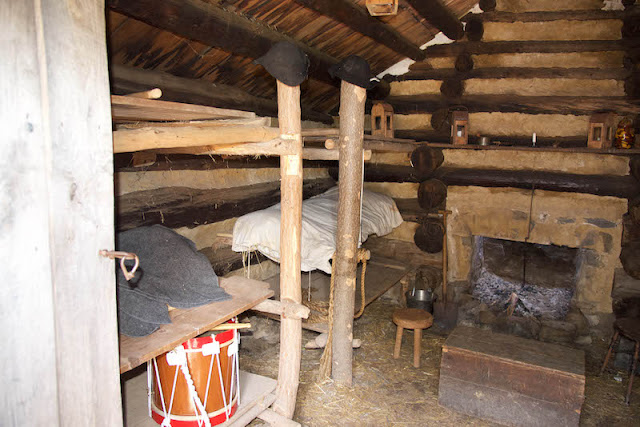 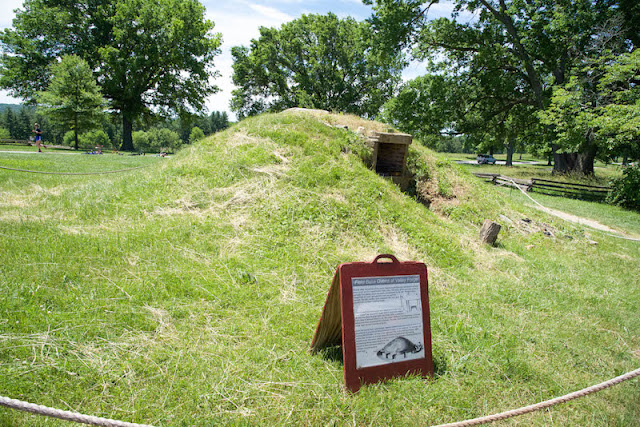 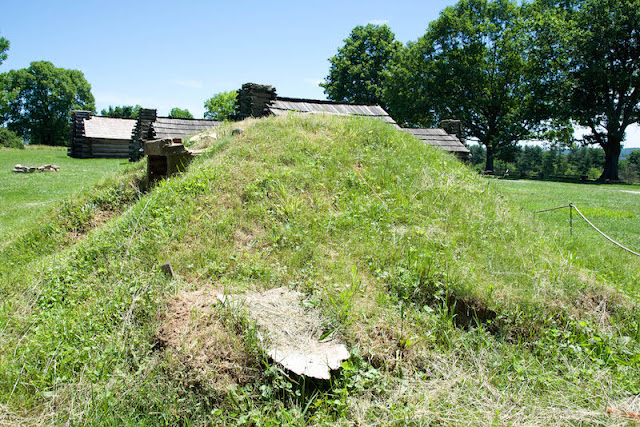 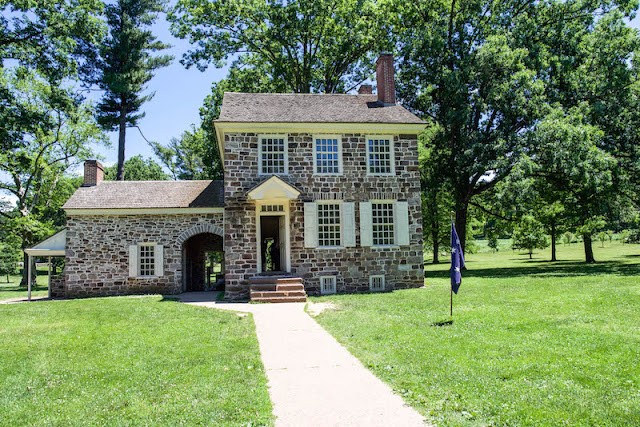 General Washington headquartered at Valley Forge in the Isaac Potts house.  Up to 25 people lived in the house throughout the encampment that winter.  Martha Washington lived there for 4 of the 6 months, along with Washington's officers, aides, and the household servants. 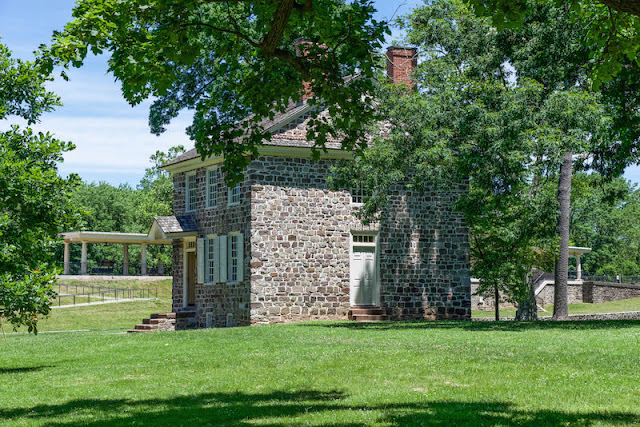 Although the house dates to 1773, the train station visible in the background was not constructed until 1913 as a stop for the Reading Rail Road.  For a period of time, visitors to the park could actually arrive by train.  It currently serves as a museum, housing artifacts related to the encampment. 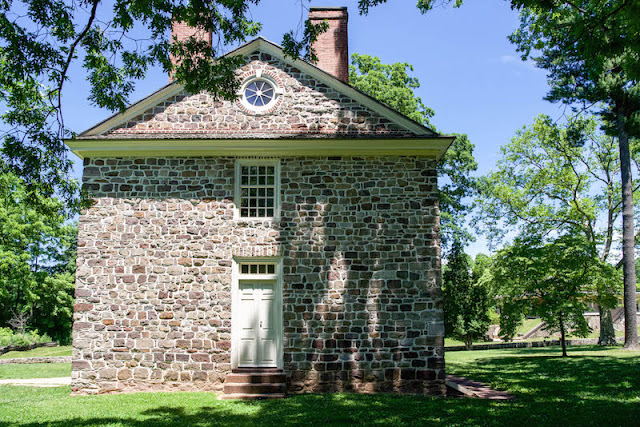 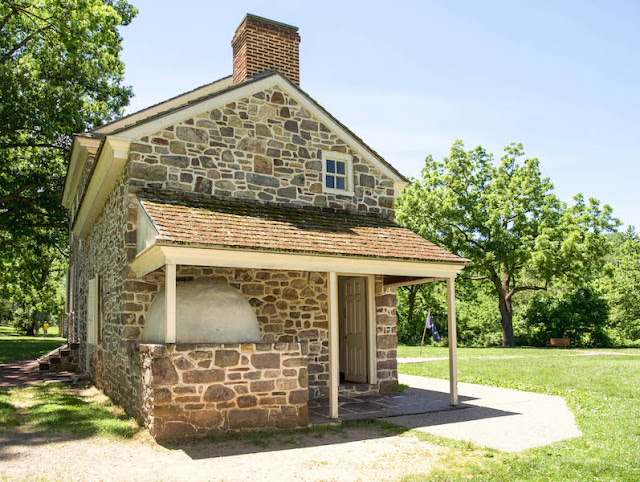 The kitchen wing was the domain of Hannah Till, a slave who cooked for Washington and his crew.  Largely untold for most of history, her story is now incorporated into the narratives about the winter encampment at Valley Forge as portrayed by the National Park Service.  Hannah Till spent 7 years with the Continental Army before she gained freedom.  She moved to Philadelphia and died at the age of 102.  Another lesser known aspect of the Continental Army was that an estimated 5,000 African-descent soldiers served in the American Revolution. 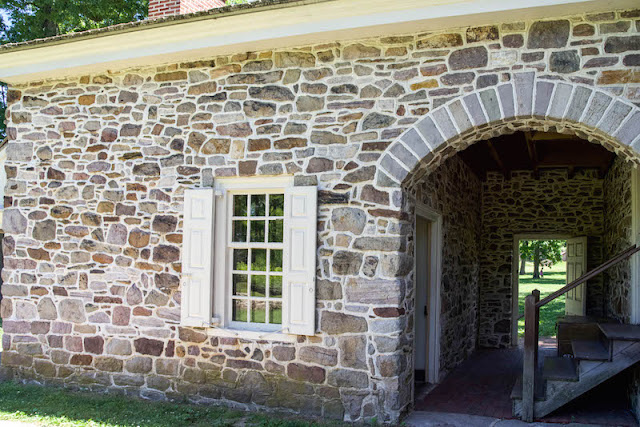 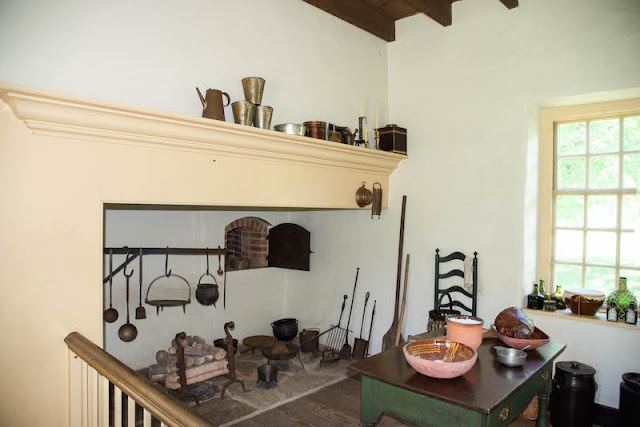 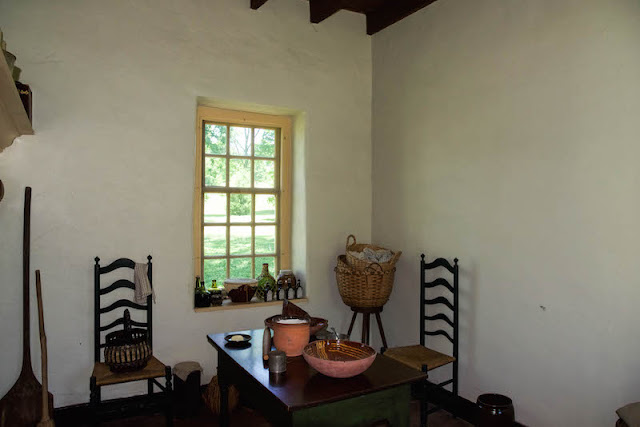 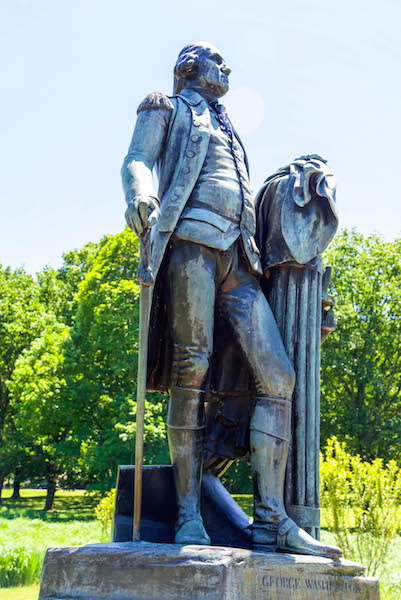 The industrial village of Valley Forge

Posted by Suzassippi at 11:55 AM No comments: