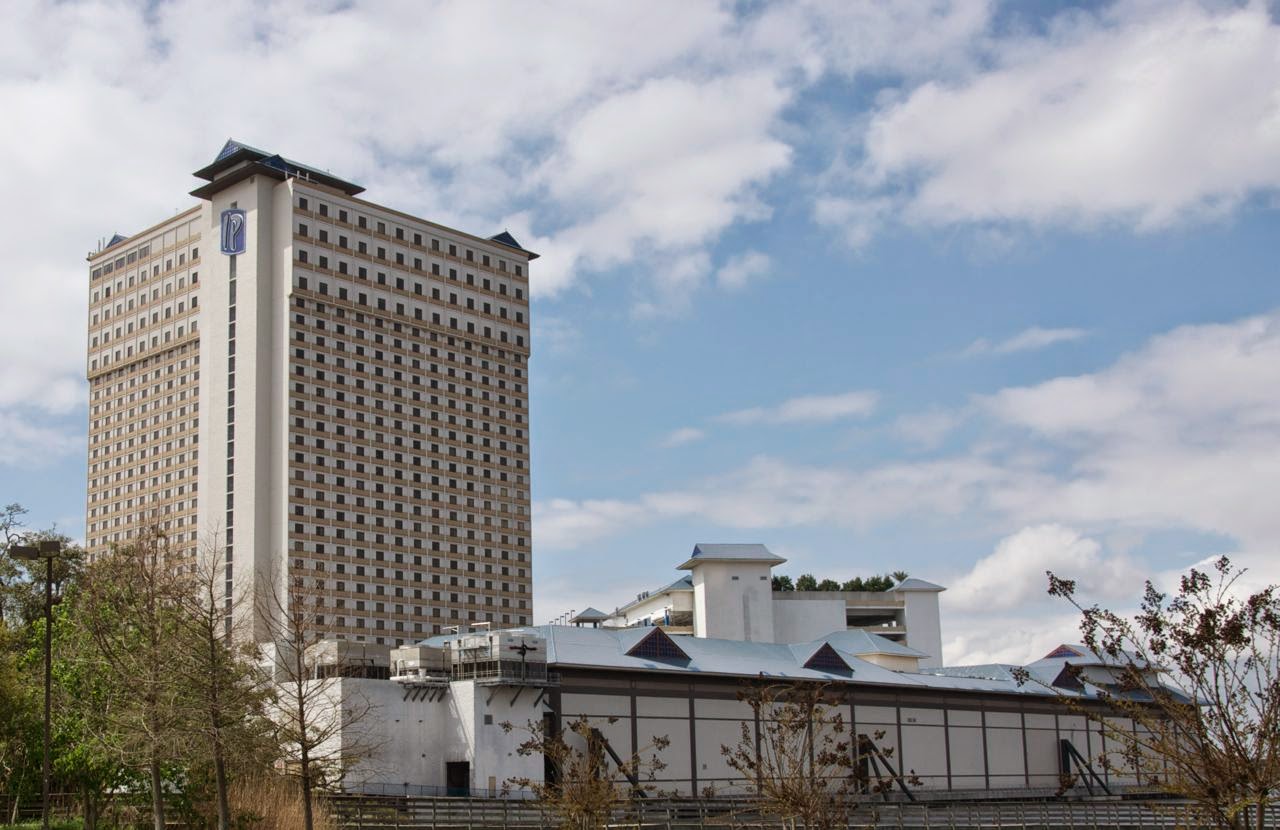 The National Association of Social Workers, Mississippi Chapter, met in Biloxi this past week.  I stopped by what is now known as the IP, but which we dubbed "FEMA Hilton" in 2005 when we were headquartered there during recovery work following Hurricane Katrina. 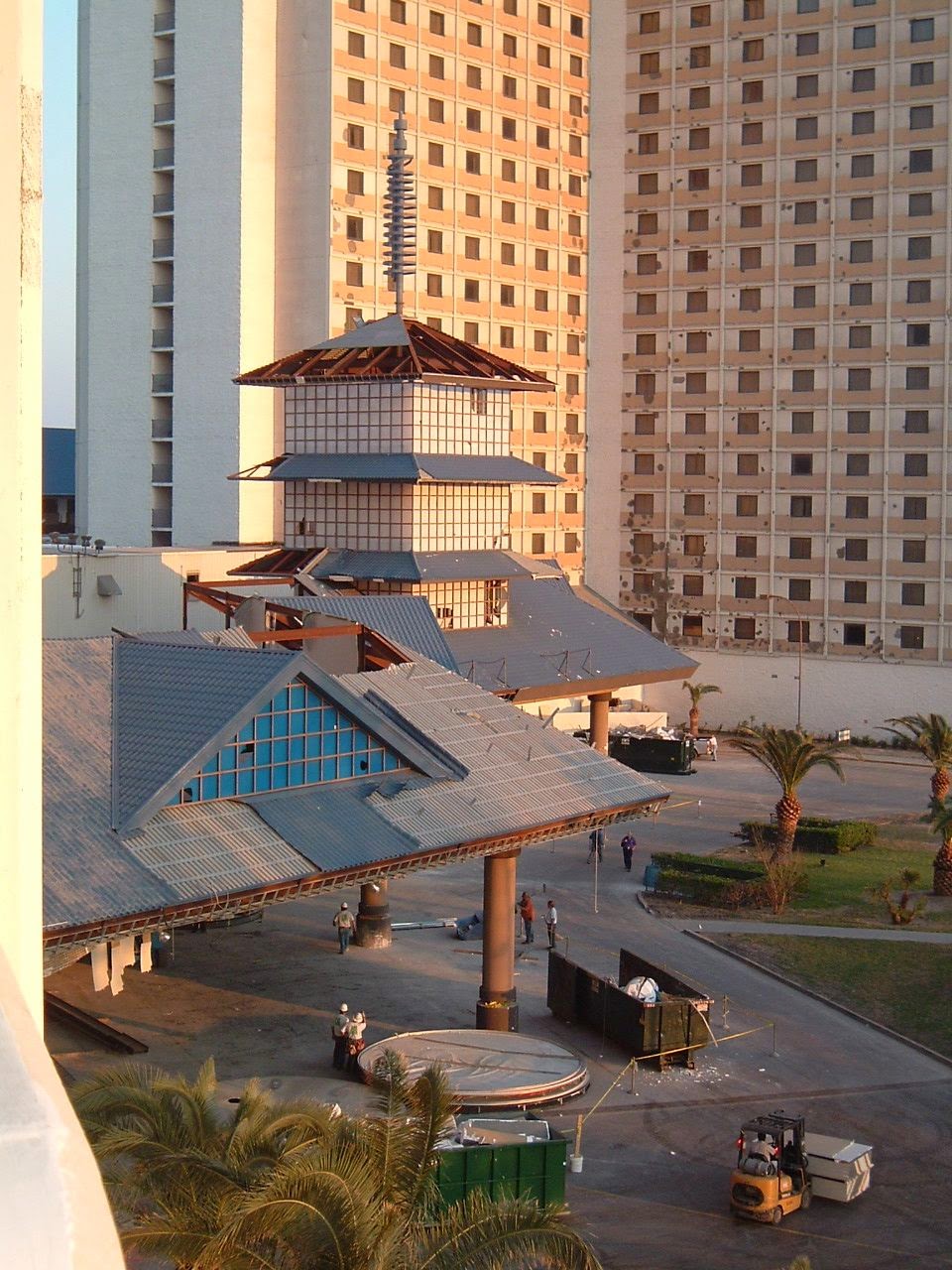 It was one of the Gulf coast hotels that that was still usable post-Katrina, so unlike many of our colleagues working recovery, we were not housed in tents and eating out of Mess Tents, but it still had its hardships. 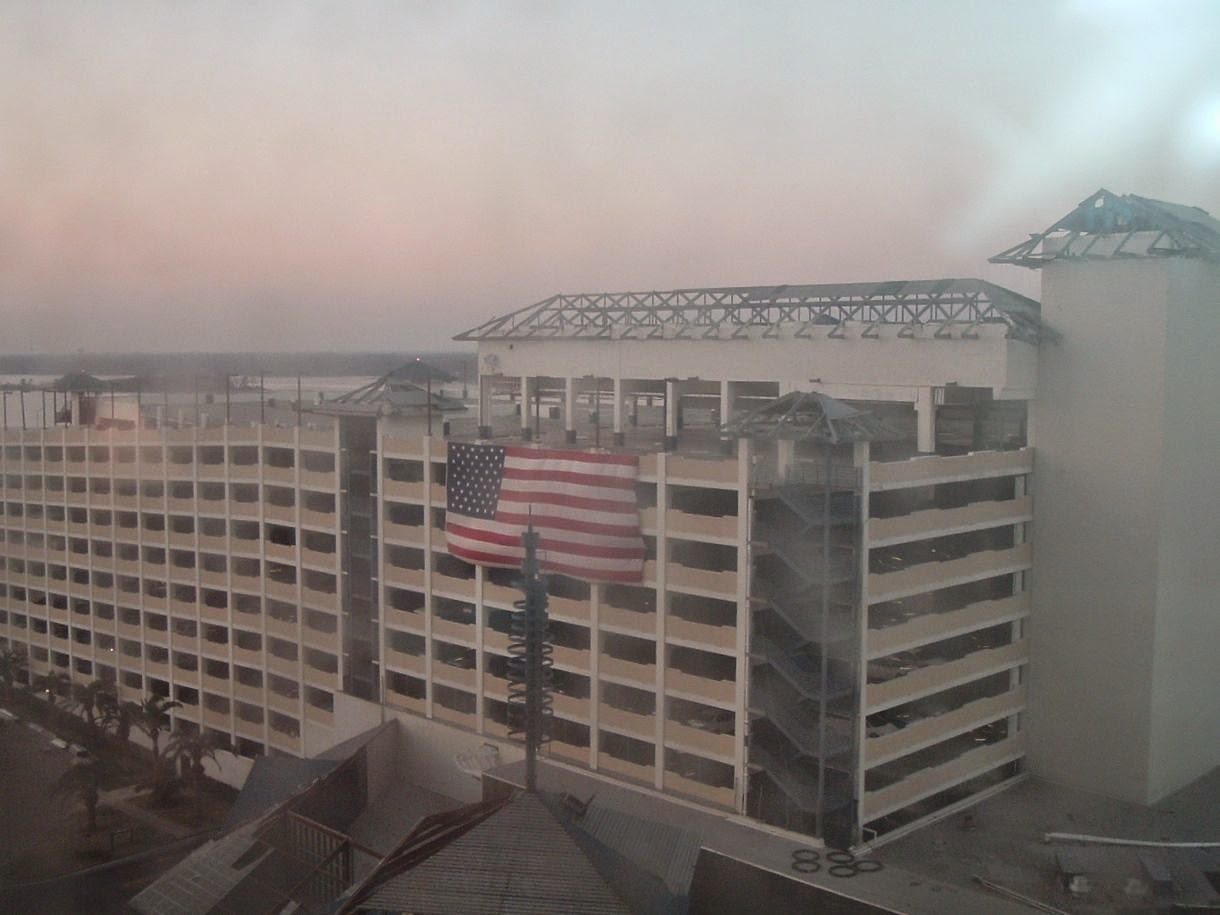 That first night when I parked in the garage and tried to figure out how to make my way over to the hotel and registration, I was never so frustrated in my life...but then, a couple of days working recovery and I could no longer say that--many frustrating experiences would follow, so I can only imagine the level of angst felt by those who had experienced it and were living with the aftermath, not able to return home. 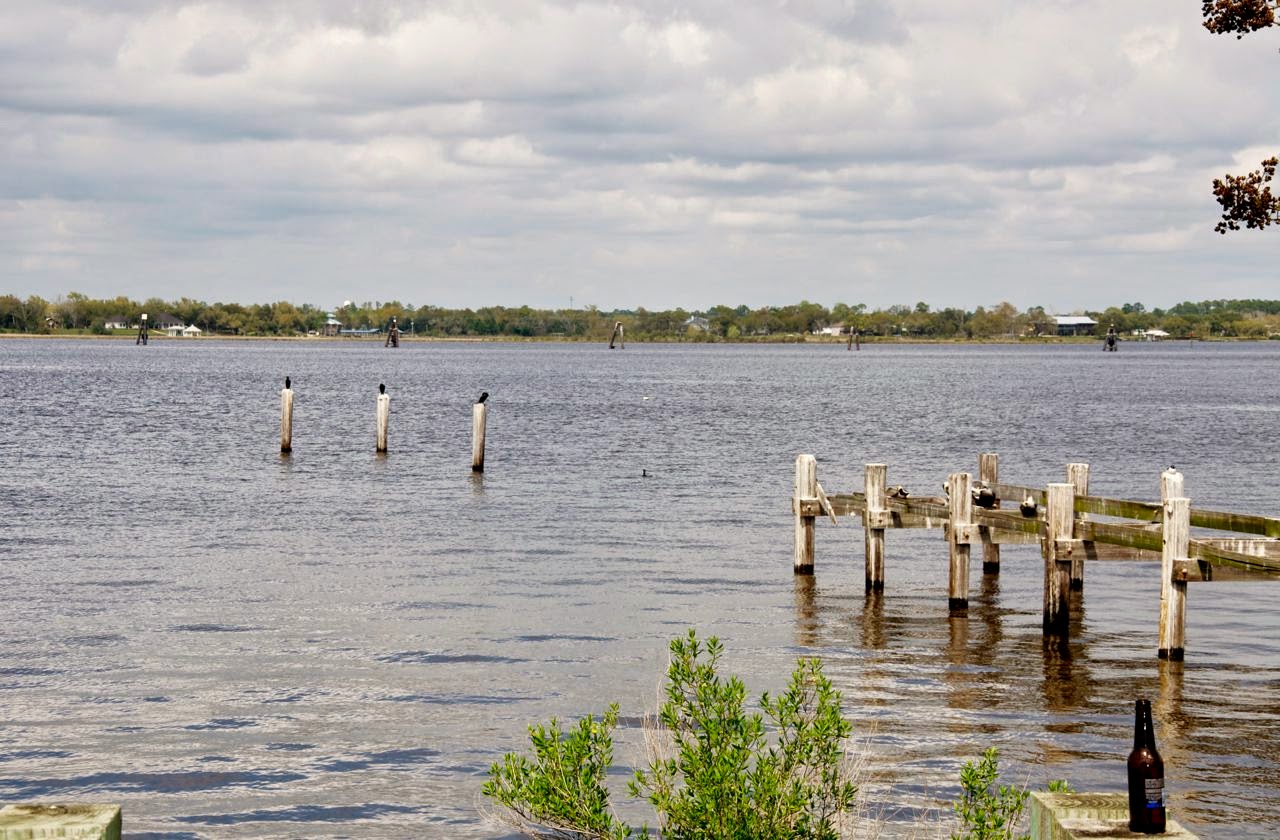 I sat in the parking lot for a few minutes, looking at the remnants of piers, slips, bridges along this section of the bay.  I wondered about the identity of the person who perhaps had drank a memorial post and left the beer bottle as a silent toast to the survival, and the work still to be done.
Posted by Suzassippi at 1:17 PM 4 comments:

Spring Break: Not What it Used to Be

Mississippi has been just downright dreary for a week.  Raining, has been raining, will be raining, never going to stop raining kind of dreary.  Curl up in a fetal position dreary.  Not able to get to Texas dreary.  Cold seeping into your metal joints and producing an ache unlike any other kind of dreary.  Mud sucking at your boots dreary. 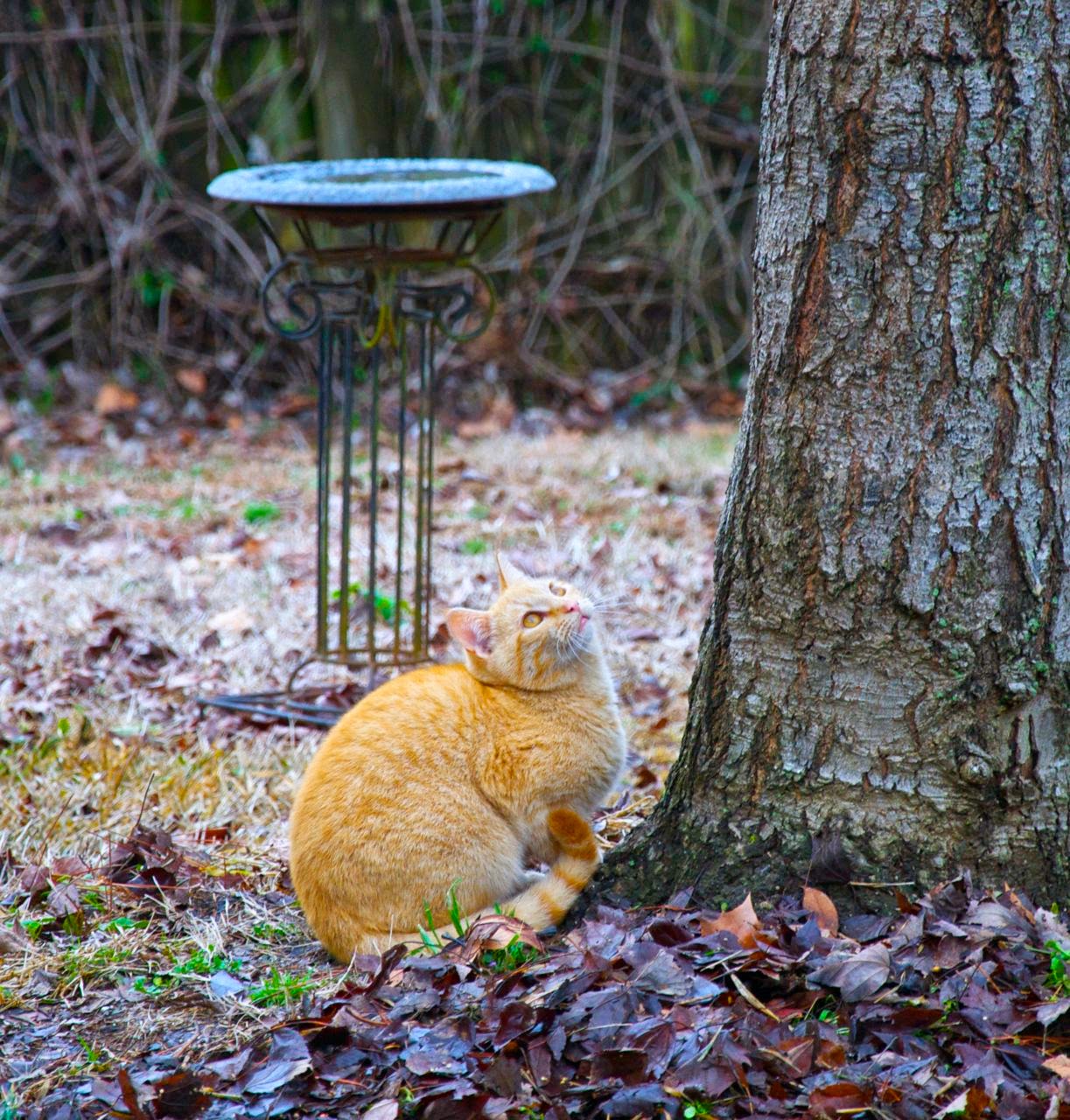 I finally, after a week of it, managed to get myself up and dressed and to the grocery store.  We were well beyond "the cupboards are bare" kind of need.  There's a little game we play around here called "I'm on strike."  It goes something like this:


I vow to myself that I am not washing dishes, cooking, cleaning the kitchen, or washing towels until someone else does.  The dishes stack up on the counter.  There are no clean glasses, cups, plates, bowls, silverware.  The hamper is full and overflowing with towels.  There are no clean towels.  The mud is so thick where dogs have tracked it in from the swamp that is the back yard, that were I an artist and capable of that level of creativity, I could sculpt.  And then, I get tired of it.  And, I clean the kitchen and wash the towels.  The floor has more grit than I do.

So, after a week of eating take out or oatmeal, I wanted real food.  That required purchasing real food, and having clean dishes.  Granted, I thought about breaking out my secret stash of paper plates, known only to me, and there is always a handful of plastic utensil packets from take out, but truly, when I reach the point I want real food, I also prefer to eat it on a ceramic plate using a stainless steel utensil.

So, there you have it: the strike in the kitchen is over again, settled by the usual capitulation of the worker.  The original plan was that I was leaving for Texas, and the guys would be forced to eventually load the dishwasher and wash the towels prior to my return...then, I didn't leave. 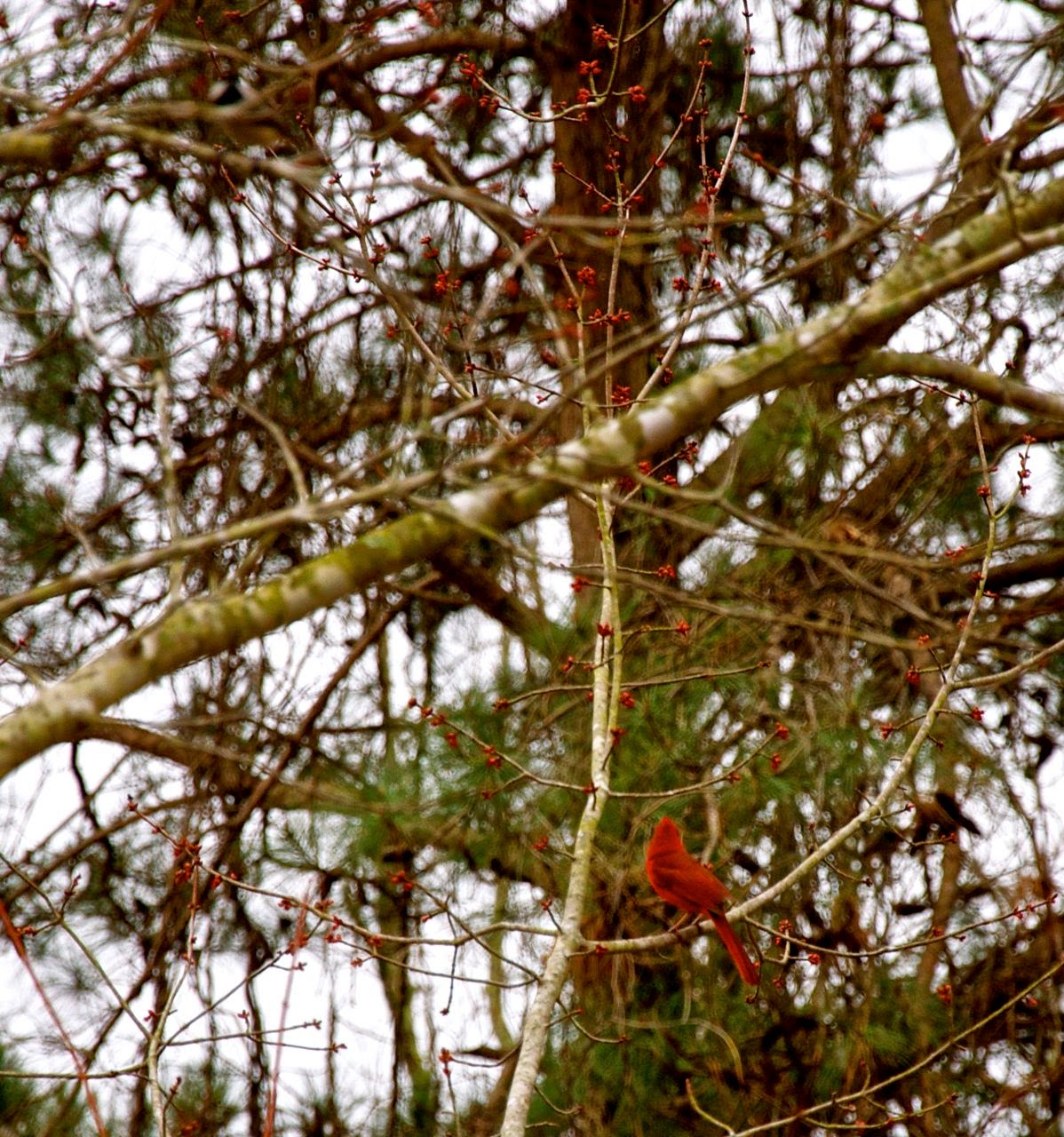 Last evening--you know, the one that now lasts an extra long time thanks to the time change--I sat on the porch watching the birds flocking to the feeder and watching the cats watching the birds.  Even though they can't reach the birds, thanks to how and where I place the feeders, it does not stop the cats from patiently sitting in position, poised with the instinct cats have to stalk their next meal, even when a full bowl of cat chow is in the usual place. 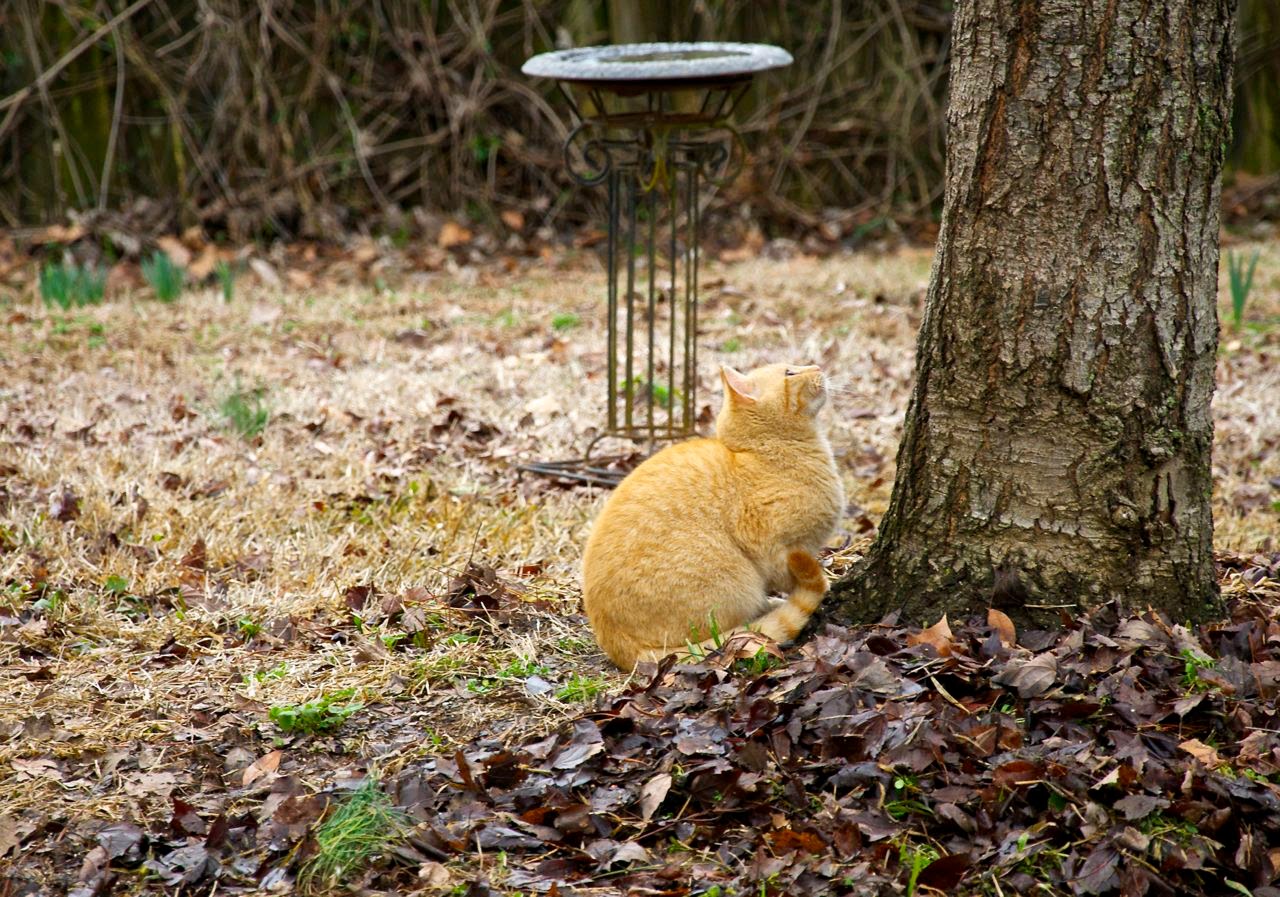 There is probably a lesson in that.  Every once in a while, though, we get tired of the lessons, don't we?  We just want someone else to wash the dishes and the towels.