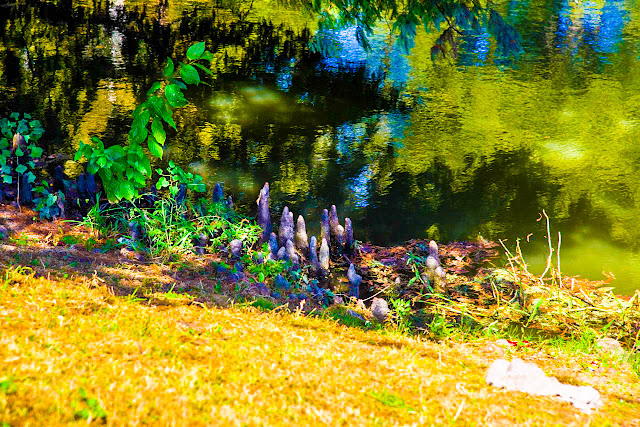 Downtown Indianola, Mississippi is home to the banks of Indian Bayou, which flows between Main Street and Percy Street.  The bald cypress tree, so named because it loses its needles in the fall, forms "knees" with age that grow up out of the water from the roots.  There are two primary purposes hypothesized for cypress knees, that of stability in the swampy area in which cypress trees are found, and that of a root aeration function.  According to Martin & Francke (2015, Root aeration function of baldcypress knees (Taxodium distichum), International Journal of Plant Sciences, 176(2), 170-173),

Cypress was valued for its resistance to decay and insect infestation, and among other things, was used to make dugout canoes, albeit after "properly seasoned" or else cypress wood is heavier than water...and we know what that means (Bragg, D. C., 2011, Cypress lumbering in antebellum Arkansas. Arkansas Review: A Journal of Delta Studies, 42(3), 185-196). 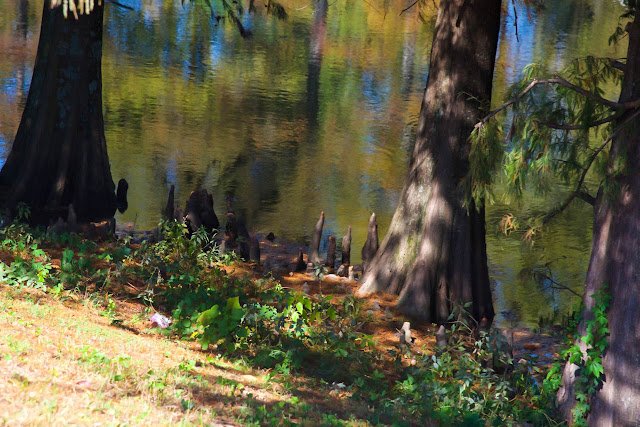 I recall a cypress knee "souvenir" that my grandparents once bought on one of their vacations after they retired.  I did not have an inkling what a cypress knee was, but I was intrigued by its irregular shape and the smoothness of the wood.  As a child, I would sit in the floor and "pet it" because I liked the way it felt. 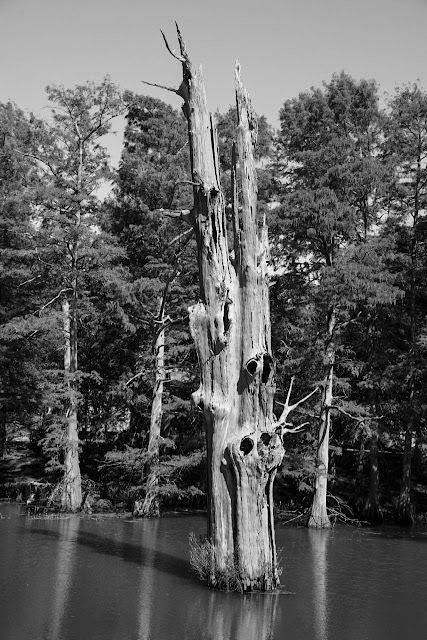 ...decades of colonialism and new-found American demand had taken their toll on the cypress groves along the Gulf Coast and lower Mississippi River.  For example, an early account reported that '[s]uch being the character of the primitive forests of Louisiana and Mississippi, with respect to the quantity of cypress timber, it must be obvious that much of this wood has already been exhausted; and as it is of very slow growth, the day cannot be very distant when it will altogether fail to furnish a sufficient supply for the markets of the above named states. (Dickeson and Brown, 1848, as cited in Bragg).

That's right--in 1848, lumber producers were concerned about the sustainability of cypress forests, for reasons related to ability to supply the desired product, but nonetheless, 169 years ago, we knew this was an important issue.  In 2015--only 2 years ago--evidence of the purpose of those knees was finally determined empirically--you cannot "harvest" those knees without risking the death or damage of the tree. 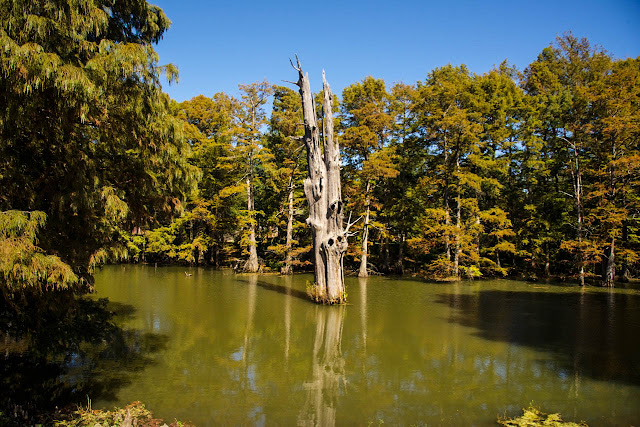 I did not start out this post to campaign for the baldcypress and its knees.  I just like to find a little context for the times I take a photograph of something that draws my attention.  Every trip into the Delta with its unique geographical terrain, I would spot these trees and knees, and say "someday I am going to photograph those." 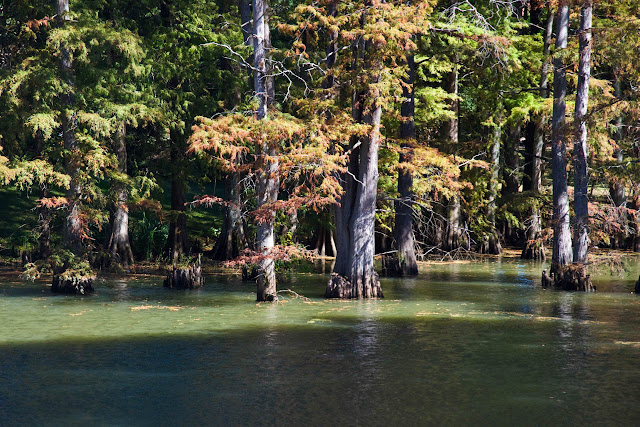 Someday finally came in downtown Indianola along the banks of the Indian Bayou.  But what about the possibility that if we do not honor those trees and their knees with at least some semblance of balance, they might not be there someday?  As a social worker, I think in systems: so go the trees, so go the rest of the system.  And where exactly will that leave us as a world?
Posted by Suzassippi at 7:12 PM 1 comment: