What to do when your dog has a stuffy nose 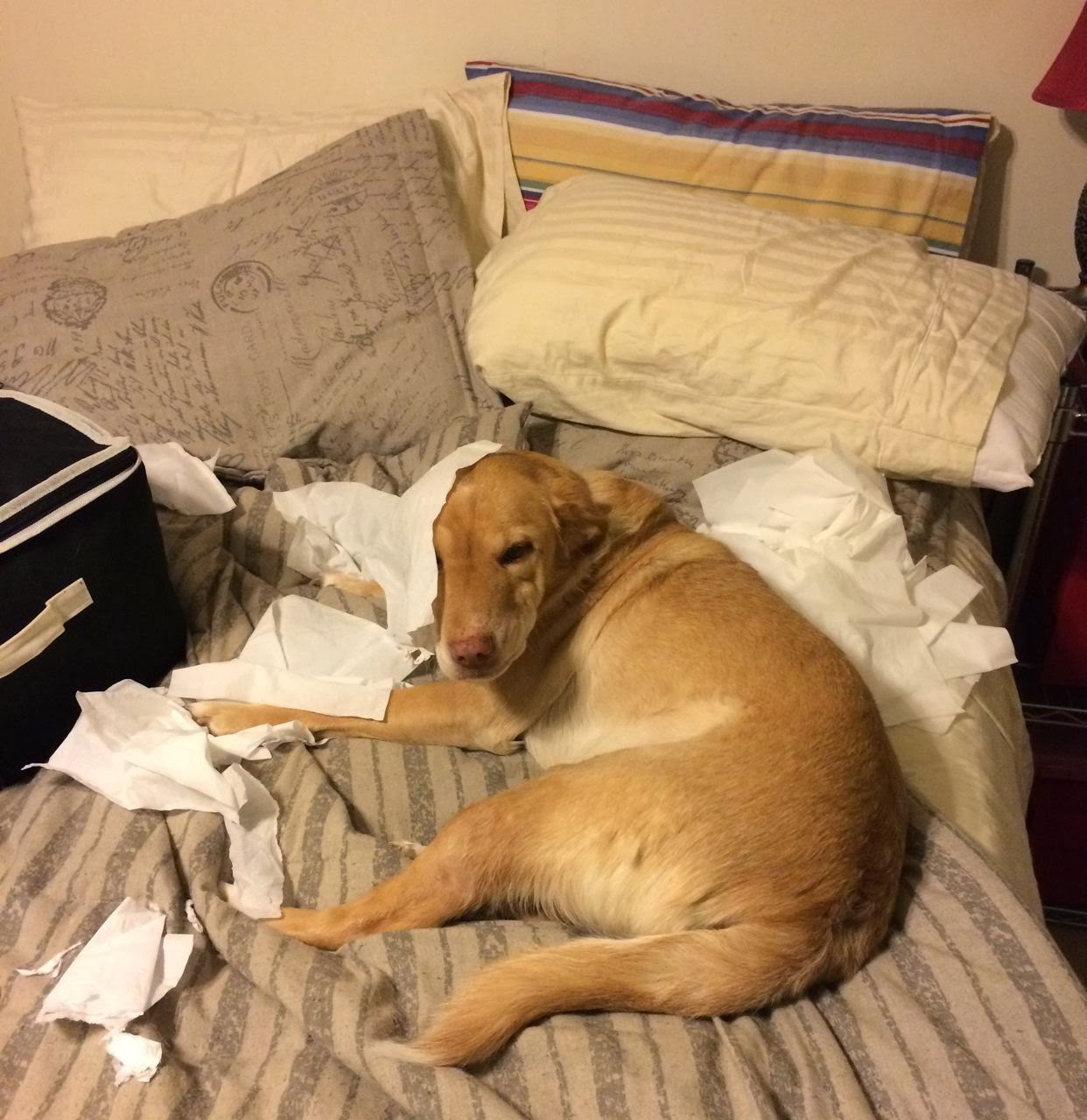 Every once in a blue moon, Libby takes a notion to chew up a box of Kleenex, typically, a new box that has just been opened.  It seems to occur when she is feeling slighted about being by herself, yet I can never quite predict what sets it off.  She was in here calmly lying on the bed with her spotted cow when I went down the hall to start supper.  A few minutes later, I came back in to get something, and an entire box of Kleenex was in shreds all over the floor and bed.

Now, these days, the act of bending over to pick up all that Kleenex (believe me, an entire box of 160 2-ply tissues is a lot of shredded Kleenex) is just too difficult.  Thankfully, Rando picked them up for me, although in a nod to exchange theory, I was cooking dinner at the time.  He told Libby the Kleenex was coming out of her treat allowance.  While she appeared to fathom (from the contrite look on her face) that he was displeased at the moment, I doubt she entertained the thought very long.
Posted by Suzassippi at 12:22 PM

Ha ha! Libby and Blossom would get along great, she is like a magnet to paper and can shred fast as lightening! Libby isn't worried because she knows it was fun and that she'll do it again!

So true! She has been known to eat my students' homework in a bizarre turn of excuses, along with my text books. I am now careful to not leave books or papers on the bed, but she can reach the Kleenex box on my desk.