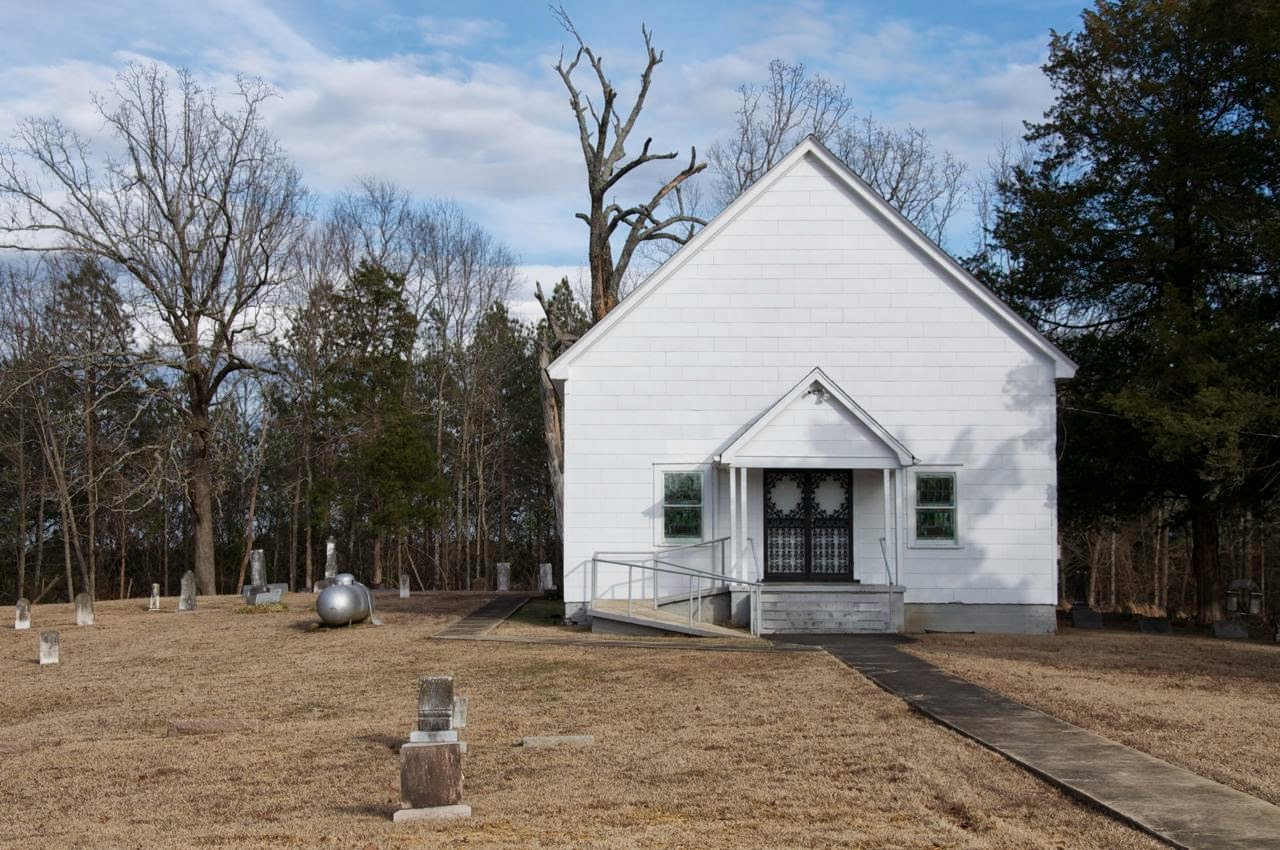 Anyone in the South these past few weeks knows it is easy to get cabin fever, what with all the below freezing temps, wind, rain, ice, and snow, so when I saw sunshine and 72 yesterday, I was on the road!  I have developed a more organized approach to the New Deal research in Mississippi, as opposed to my usual "throw a rock and see where it lands" style, and I am now on county number two of testing this method.  So far, so good...until yesterday, but when it is sunshine and 72 on February 1 after weeks of the heating never shutting off once in 24 hours, I was okay with that. 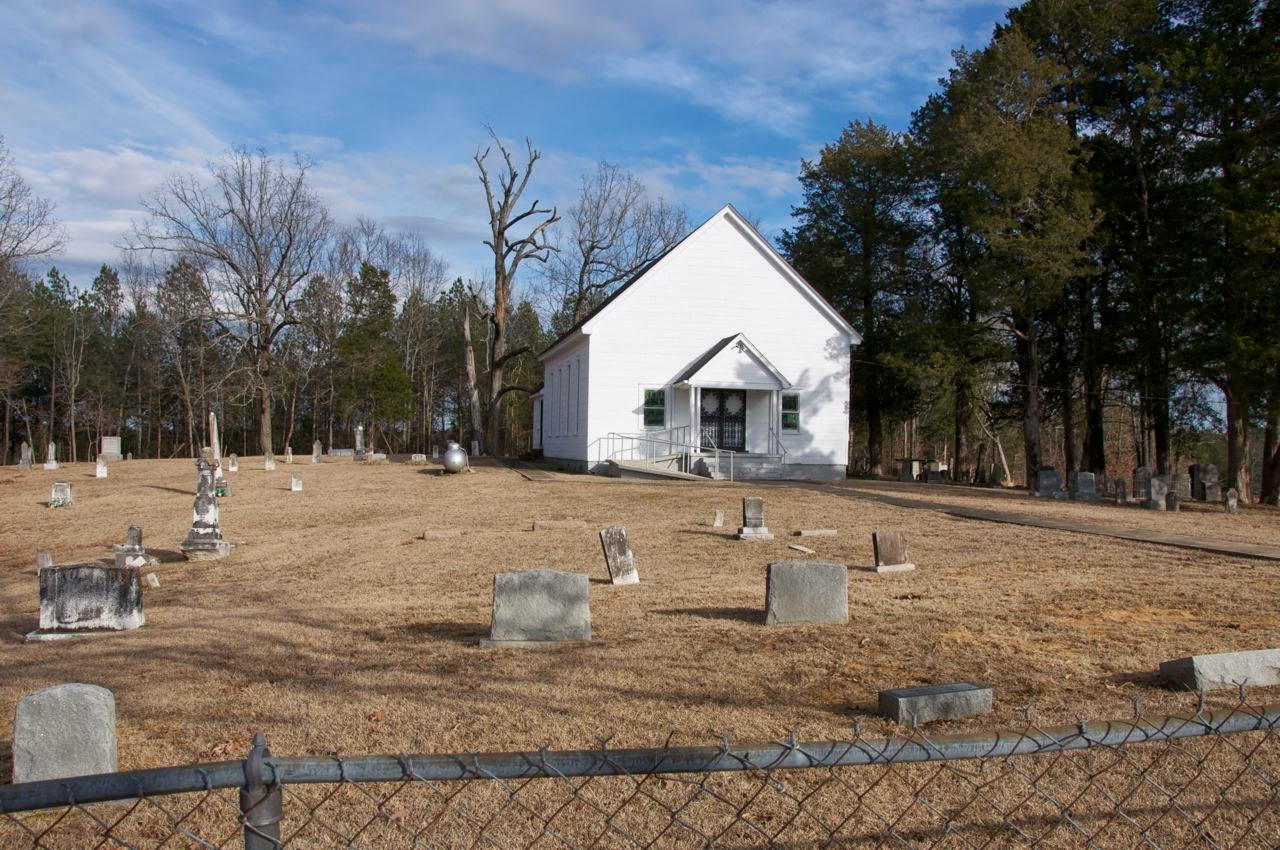 I was looking for a school that was supposed to be on the north side of Terza road.  Now, Terza is another one of those places that I always was "fixin' to" go see since 2003 that I had never gotten around to, even though it is about 15 minutes from my house.  I made a mental note of the church as I drove down Terza road, planning to catch it on the return trip (I know, usually, that means I don't).  And, given that I accidentally ended up in Sardis (imagine my surprise, as I had no idea the road I was on would take me there!), it is indeed a wonder that I made it back to Terza--or what once had been Terza, with enough time to spare. 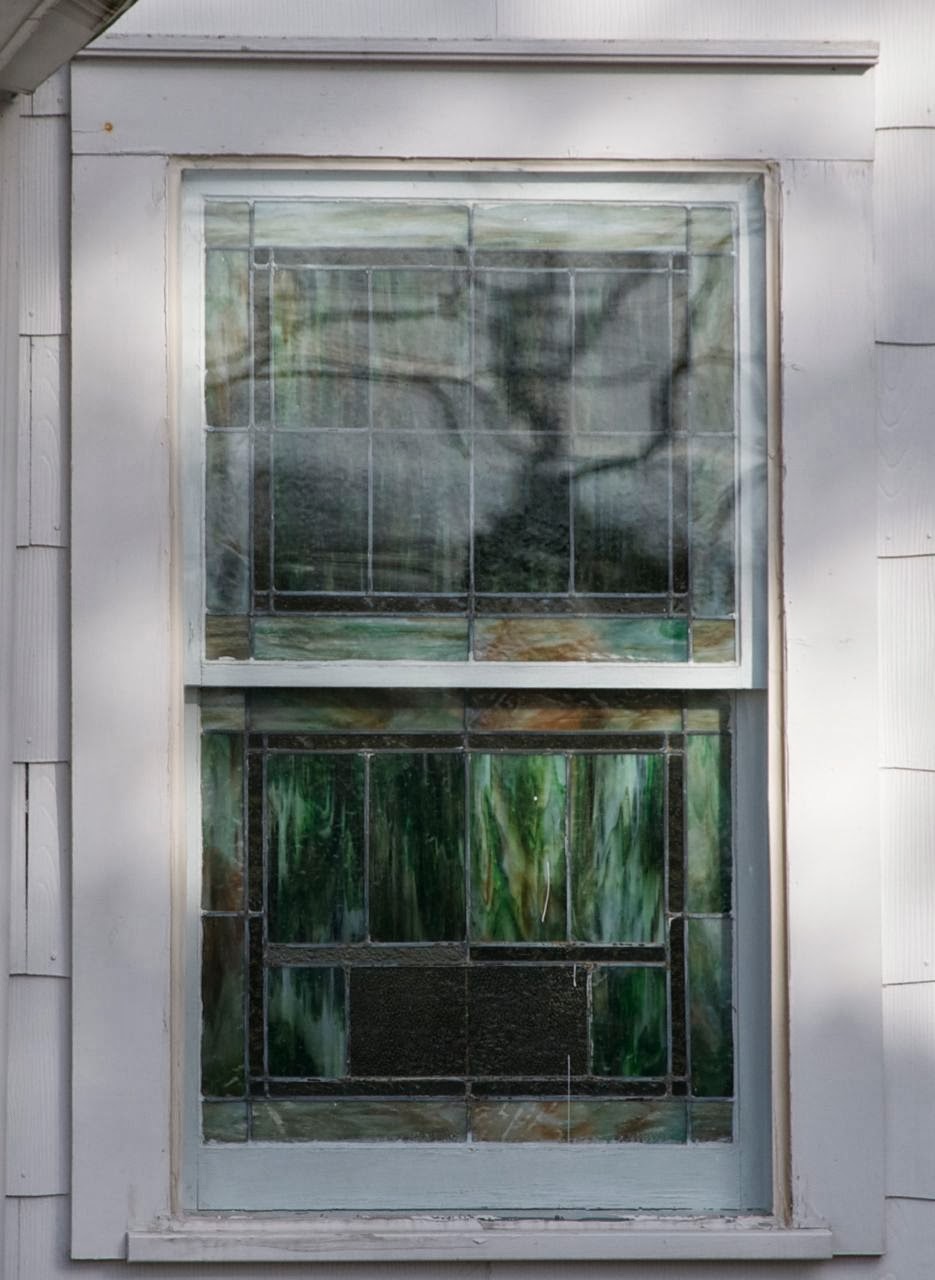 While I brake for many things in my quest to smell the roses, two things that will usually lure me in without a second thought are old churches and old cemeteries.  In this case, I found the green stained glass in the front windows strikingly compelling, and I have noted similar windows in other rural churches in Mississippi.

The sign out front said the church was established in 1857, but it is not listed in my go-to Mississippi Department of Archives and History Historic Resources Inventory Database (say that fast 12 times) so I have been quite disappointed in the dearth of information.  Other than a few graves from the cemetery surrounding the church, I was able to locate two items about Terza, Mississippi: 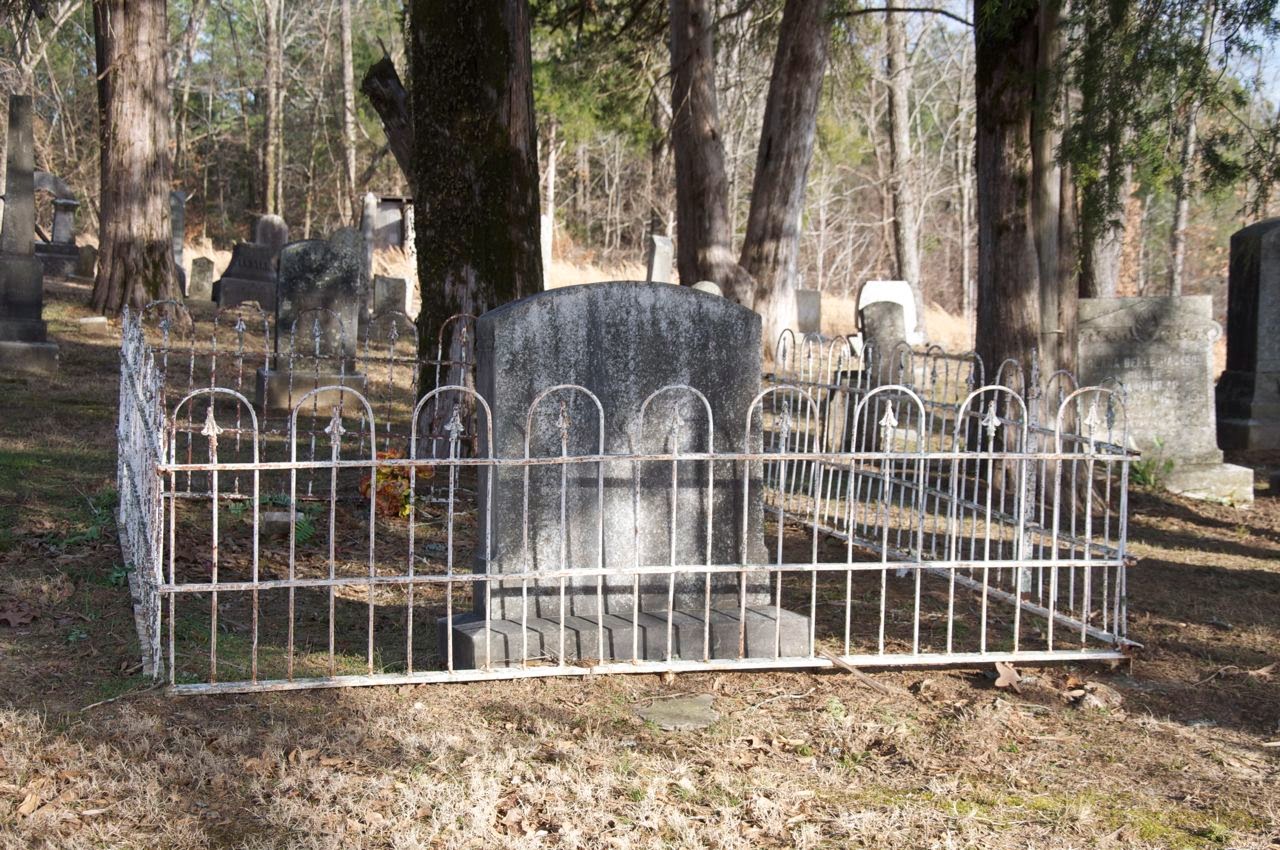 Like many cemeteries that began in the late 19th and early 20th centuries, fences were used to define family plots and to protect the grave from cattle. 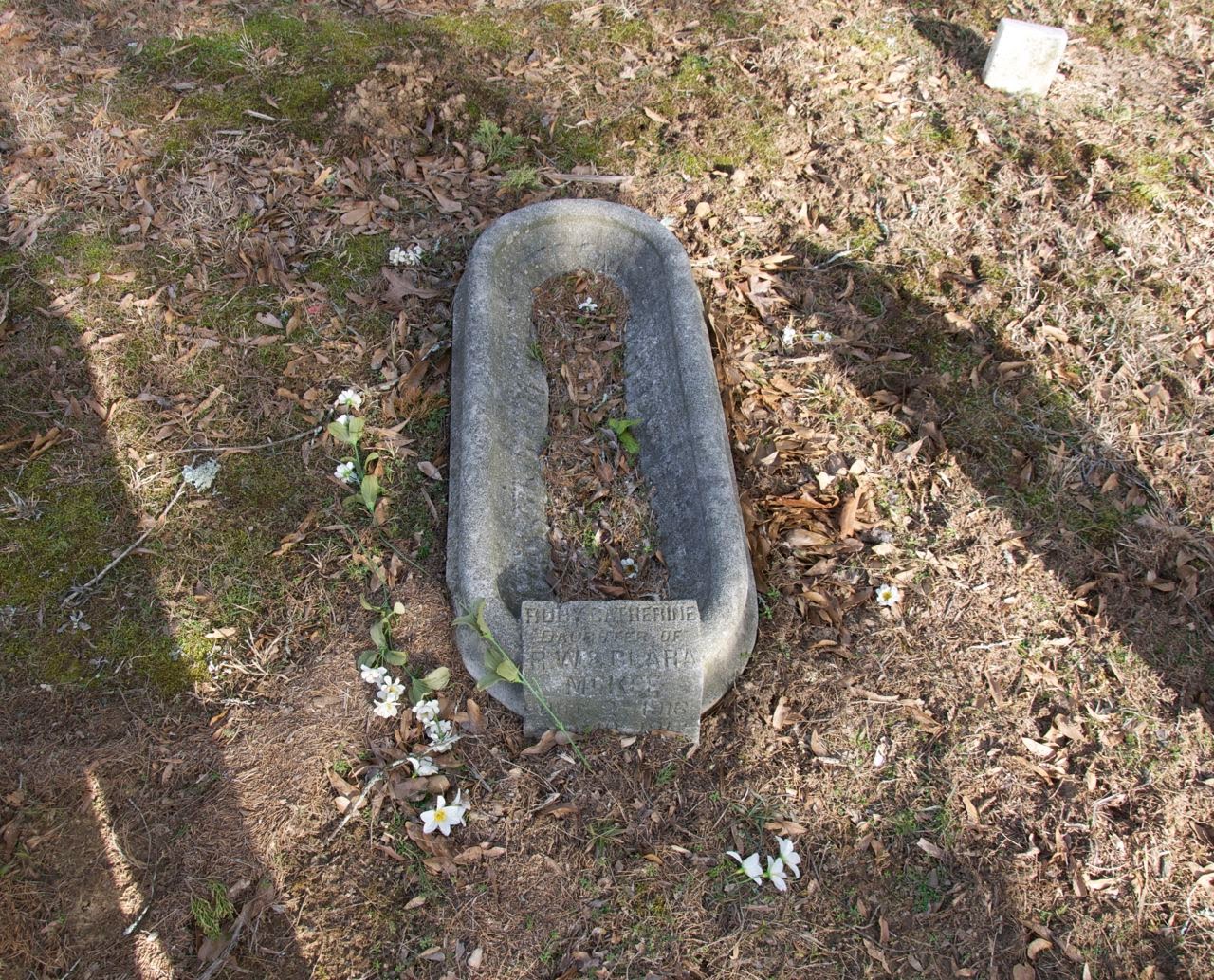 Early graves were also more unique.  One of the things that interests me is the ways children and infant graves were designed.  I do not recall having seen this design before--it was 1916-1917--but I have been unable to locate any information about the particular design or if it was common.  It makes me think of a cradle, though there were always a variety of curbed graves and could be just a variation on that theme. Another unique stone was the arched double-grave stone. 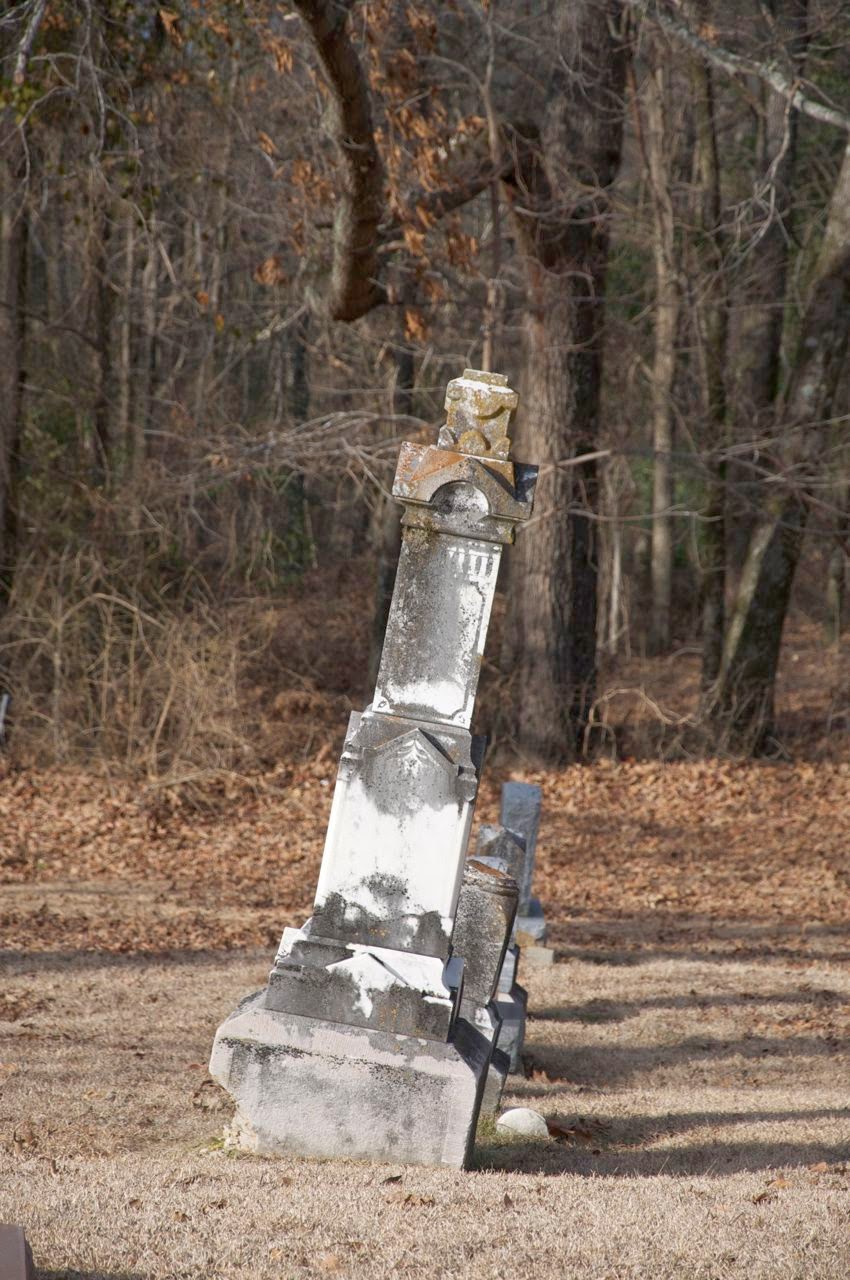 One of the things that does disturb me in cemeteries is the deterioration of headstones and the surrounding area.  Of course in rural areas, with declining populations and most likely, older congregations or residents, there are fewer and fewer of the kind of people who once saw to the upkeep of cemeteries.  As a child, I would go with my grandmother to tend to the graves of the family members buried in the rural cemeteries near our home. 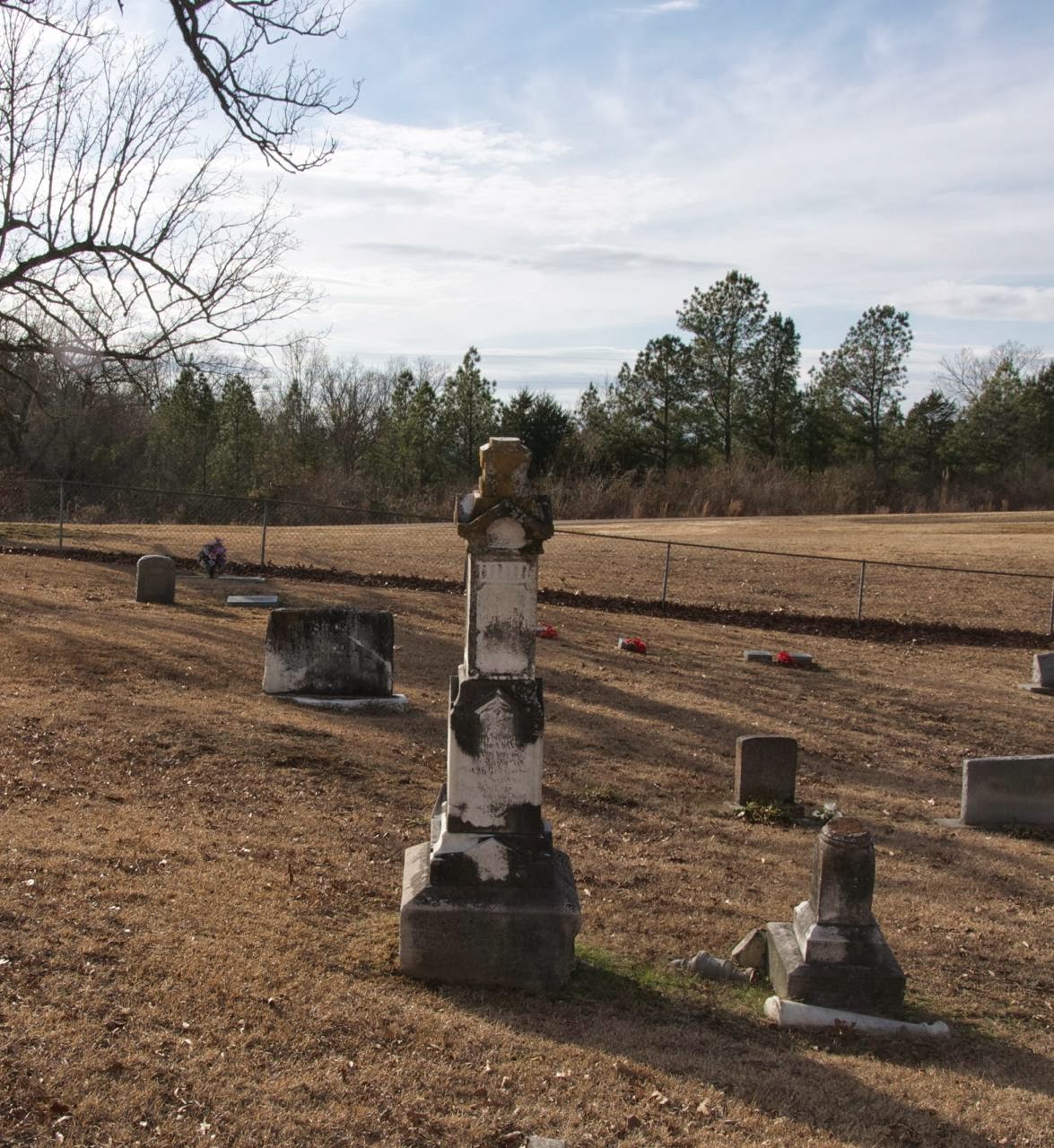 Wind, rain, and other forms of weather affect both the stones themselves, and the stability of the ground around them.  In a way, it is rather symbolic of our time on this planet.
Posted by Suzassippi at 12:42 PM

Sounds like a great day of exploring. I also went to cemeteries with relatives as a child and was disturbed by the deterioration of tombstones. I especially remember in the Milligan Springs Baptist cemetery that there were many graves marked by large rocks; my grandmother told me that they had been there since she was a child and that no one knew who was buried there.

We also discovered while mapping cemeteries in Mound Bayou that numerous graves were marked only with a rock. I suppose if truth be known, we are walking around on top of many unmarked graves--no telling how many folks were buried with no marker at all.