Merchants and Farmers Bank of Byhalia 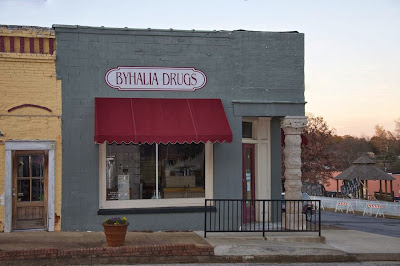 The current home of Byhalia Drugs, the 1884 building was originally a branch of Merchants and Farmers Bank (Helms & Kaye, 1995).  The bank opened in 1903 and served the community until 1948.  The nomination form indicates the building was altered in 1920. 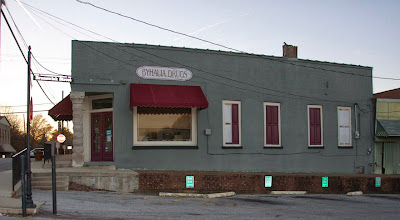 
One-story, flat roof, commercial building constructed of stone and brick with a parapet capped with tile. There is a rusticated Corinthian column of limestone with a square limestone base, and a concrete lintel which sits on the corner of the building…The corner entrance is recessed and has double doors with one lite and one panel.  The windows are fixed commercial type. (Helms & Kaye, 1995)

The windows on the side of the building have been sealed internally at some point after 1995, and covered with false shutters which replaced awnings. 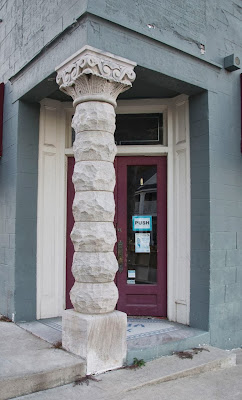 The tiled entrance still bears the Byhalia Bank inset.  This entrance is also similar to the one on Tyson Drug Store, Holly Springs, which was built circa 1860. 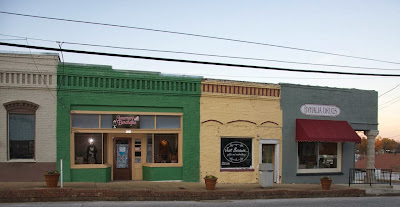 Sometime after 1995 when the nomination form was completed, the buildings in the block got a new paint job.
Posted by Suzassippi at 12:18 PM