After a wonderful night of sleep for the first time since Monday, I am enjoying my coffee, looking out at the blue sky in our friend's backyard. He set out a coffee cup for me before he left for work-- one of the ones I brought him from the Gugulethu pottery in South Africa on one of my research trips. 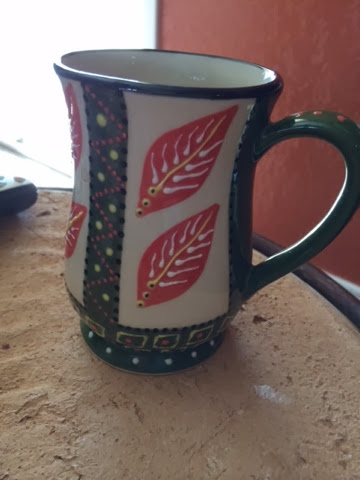 After arrival, we headed over to Farm and Ranch to look for the boots I want--black with turquoise stitching. 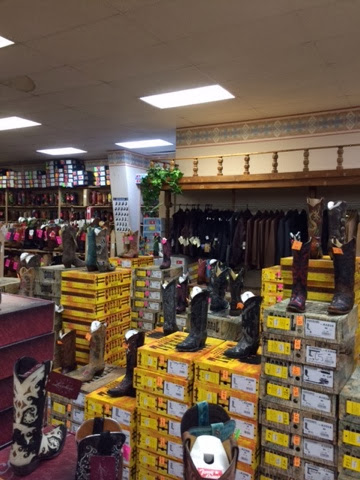 They had a million pair of brown with turquoise stitching, and none that were black. I found a pair of turquoise that were gorgeous, but impractical, and a pair of black that had turquoise inlay-- better, but still not what I wanted. I will say that the design of boots has changed drastically since the last pair I bought (which are still holding up fine some 15+ years later). 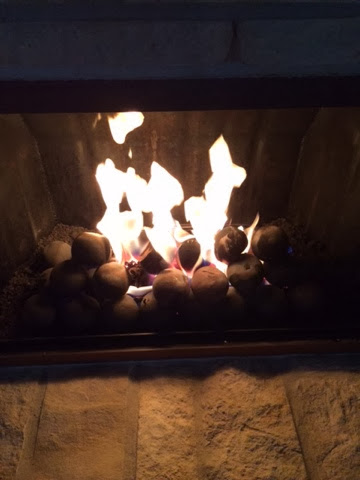 After dinner at my favorite hole-in-the-wall restaurant, Los Arcos, in the barrio (that's neighborhood) where I used to do a lot of work, we relaxed for a bit. While Rand slept every night and late every morning while at my folks and I was up all hours caregiving, cooking, cleaning, it was my turn last night and this morning...and it feels great!
Yesterday morning I had to get a new bale of hay open.  Short story is I have one smashed finger, one fingernail into the quick, and two fingers with a bloody pulp at the cuticle, all due to getting caught in the baling wire. (and, yes, Rand, I WAS wearing gloves--the big heavy leather ones I wear all the time--you know, the ones I had on when you went outside with me to watch me break ice off the water trough--duh.)
Dad said, "I always stopped in the shop and got the wire cutters, then put them back."  Sis sais, "I just left them in the window of the hay barn last winter." I said, "Thank ya'll; I will be sure to do that next time." I was bandaging my fingers at the time.
And, speaking of time, it is time to get in the shower and dress--I have lolly gagged enough for one day.
Posted by Suzassippi at 10:59 AM

And this why I am glad that bailing wire has never caught on in Mississippi. You can in a pinch take a loose piece of seagrass string and cut the strings on your bale of hay. That and a box cutter or cheap pocket knife is a lot easier to keep up with than a pair of wire cutters.

And it is true you learn something new every day--who knew Mississippi did not use baling wire. Almost everything in Texas is tied together with baling wire.

LOL, I never thought about that but it is true. You can fix anything with a piece of bailing wire and duct tape! Love the mug, what a nice way to start your day!

Thanks, Beth! I do love those mugs!