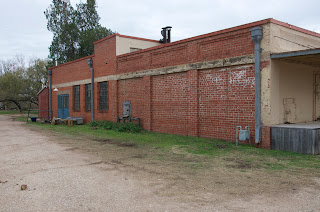 Pre-refrigeration days, ice houses, ice wagons, and buying ice was common place.  The ice wagon would travel around the neighborhood, even in rural areas, selling blocks of ice for the ice box--the precursor to refrigerators.  This old ice house is in Albany, Texas.  Note the ice chute door midway in the building? 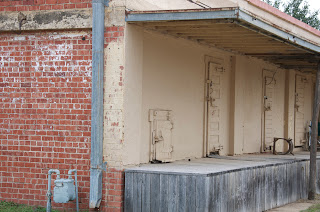 Ice was manufactured inside, and then either dropped down the chute for a small block of ice, or if larger pieces were needed, access was obtained through the doors. 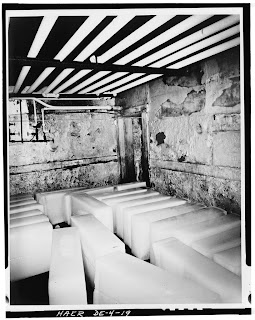 This photo is from the Historic American Buildings Survey, and provides an excellent example of ice storage after the freezing process. 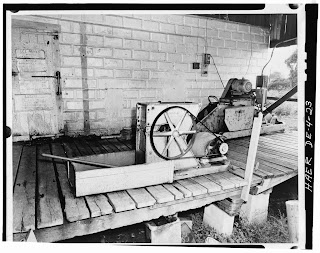 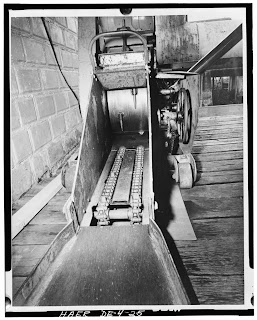 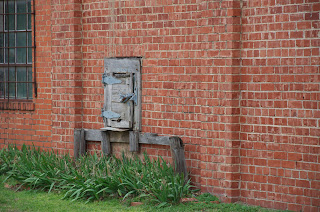 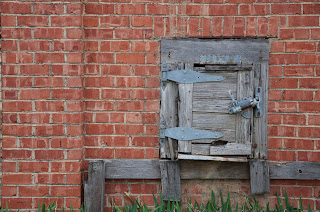 The building is currently used as a restaurant, named "The Icehouse."  This Spanish-style architecture was popular in many areas of West Texas--which is strongly influenced by its Spanish and Mexican heritage.  Many years ago, my friends took me to this restaurant for my birthday.  One friend asked "What kind of wine do you have?"  The waitress replied in the slow Texas twang: Ray-ed or Why-ett.  On a later visit--thinking we were seasoned veterans--we asked for "red wine."  The waitress responds: What kind of ray-ed?  We got merlot and cabernet.  Nothing like making the big time in West Texas small towns.

And yes, I remember as a child going to Bailey's ice house in Newcastle, and getting a block of ice.  It would make a big "thump" sound when it came down the chute and hit the door.  Dad would use an ice pick to chip it up, usually for making homemade ice cream.  If you have never done it, chipping ice is a slow and tedious process!
Posted by Suzassippi at 11:20 AM

Those black and white pictures look SO like the old ice house in Oxford!

It was there as late as the 1994 ice storm (folks whose water was still disabled, like me, knew they could go there and get good well water for free) and torn down a few years after that. It was right behind Neilson's down in the low lying area and is now the condo building that calls itself the ice house, which just rubs salt in the wound as far as I'm concerned.

There are tons of icehouse photos on the HABS site. I wonder how many actually still exist? There is a second one in Albany, though its small size makes me think it was just a storage unit, not actually a location for making ice.

At least now I know why the condo is called the Icehouse. Save the salt for making homemade ice cream.