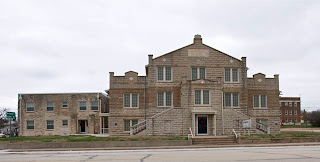 First Baptist Church, Throckmorton, is built with the same limestone as most of the older buildings in the town.  While I am certain there are archives somewhere about this building, they are not readily available online.  Wouldn't it be great if all buildings had a sign out front providing information about the origins, even if it is not listed on some historic register? 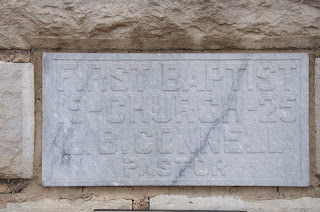 Assuming this is accurate, given the similarity to the stone design and construction dates of other buildings in Throckmorton, this church was built in 1925.

I like the design and color of the windows.  They are relatively simple, rather like the austerity of the building. 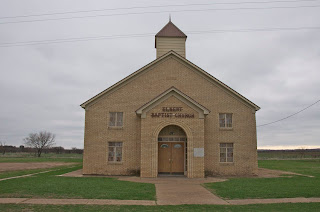 As mentioned yesterday, as a child I thought the Elbert Baptist Church was so grand in comparison to the Methodist Church.  The majority of the area are Baptists (71%).  I was always intrigued as a child by the baptistries in these churches, too.  Most had some type of mural painted on the wall behind the baptistry. 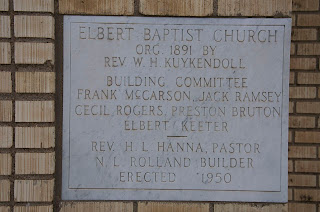 This church was built the year I was born, and I attended Vacation Bible School here a few times also.  The Cecil Rogers listed on the building committee was my grandfather's brother. 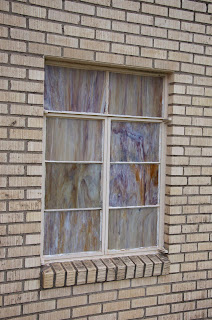 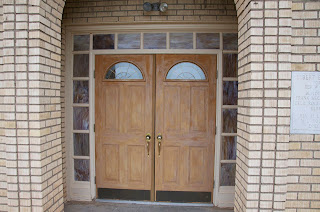 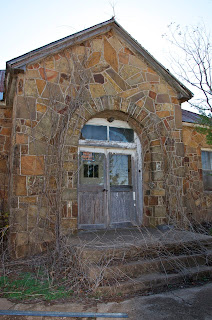 This Eliasville Baptist Church building was built in 1941.  Like most of the buildings in small rural communities, there is no digital information I can locate. 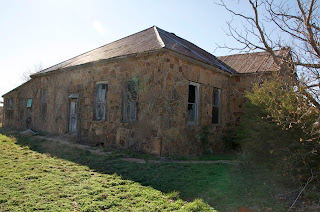 The building has not been in use for a considerable amount of time now. 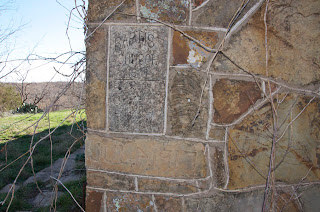 I surmise that the stone carved July 4, 1917 came from an earlier Baptist Church.  My long-time friend whose family helped establish Eliasville did not recall ever having seen the cornerstone, though an early relative is listed on the building committee. 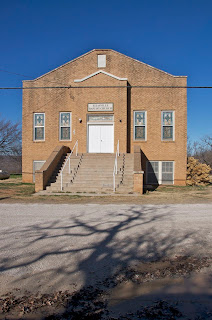 This building was formerly the Presbyterian Church, but was most recently used as the Baptist church.

The variety of building styles in small communities--ranging from grand to the simplest of structures--always brings more questions than answers.
Posted by Suzassippi at 11:28 AM

Thanks for dropping by and sharing your information. Do you know when the church was last in use, or if there are plans for the building?