Acknowledgement: Special thanks to Margaret Donnell Lambkin for information about the original use of the buildings in this historic town in Young County, Texas. 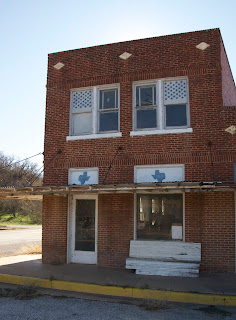 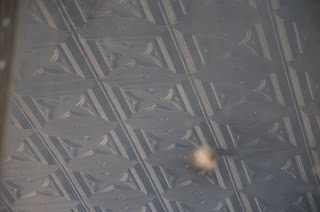 This view of the tin ceiling was visible through the front window.  The building was sold to the Eastern Star sometime during the 1950s.  Voting was held in the bottom floor after it was obtained by the Eastern Star. 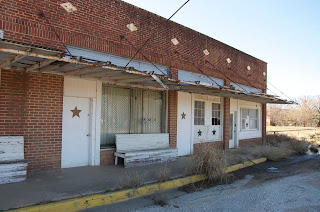 The Eliasville Post Office was established in 1879 and closed August 1, 1993, per the USPS.  post office was located in the section of the building behind the bench, between the bank and the laundry.  The end building was first a laundry, owned by the Brown family, and subsequently, a grocery store and a cafe. 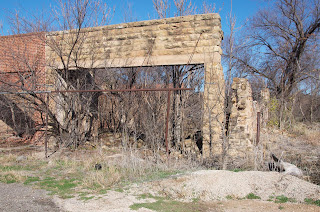 The brick building visible to the left was the Haynes grocery store, and the rock building was a service station, and later, a cafe. 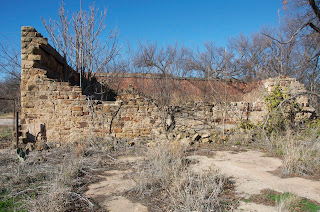 Next up, the history of the Donnell mill on the banks of the Brazos River.
Posted by Suzassippi at 1:21 PM