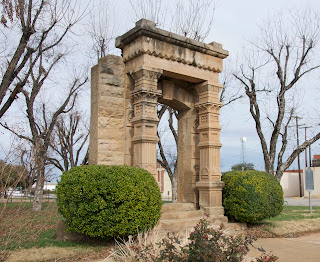 James E. Flanders designed quite a few Texas courthouses, including the second courthouse for Stephens County, built in 1883.  The three-story red sandstone courthouse with clock tower replaced the original pine courthouse erected in 1872. 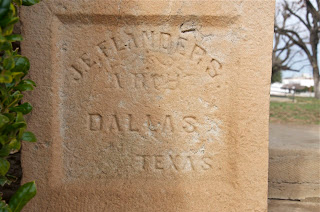 Flanders was assisted by his brother, Charles, who designed the archway that remains after the building was razed when the new courthouse was built in 1926. 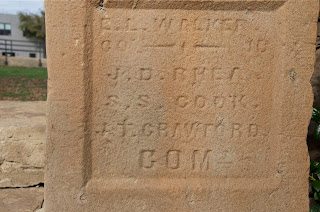 There were four commissioners at the time, but only three of their names appear on the cornerstone.  The name of the fourth was omitted "because he objected to the cost of construction." 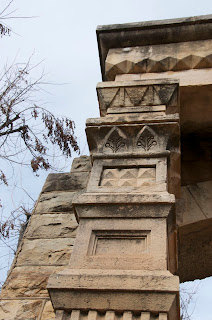 Charles Flanders was inspired by Egyptian architecture, and elements appear in the intricate details of the archway. 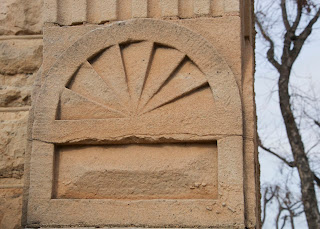 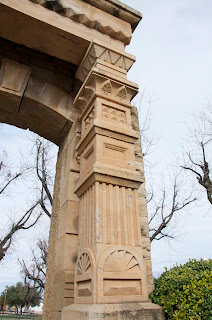 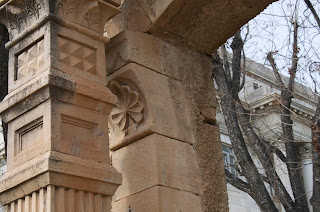 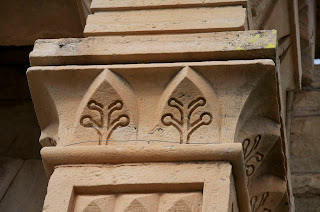 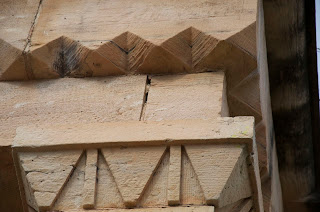 The stone mason was a local resident, a Swedish immigrant named Rosencrest.  The building is described as having vaulted ceilings, 5 cupolas, a central clocktower, and a statue of a woman holding the scales of justice.  The building was erected on the corner of the square rather than in the center as is common.  You can see the 1883 courthouse here.
Posted by Suzassippi at 4:48 PM

What an original archway! I'm glad they at least left that in the later demolition. Also amazing is that website for James Flanders! Someone clearly devoted a lot of time to it, although I couldn't find any information about who did it. Thanks for this post and the link!

It is a work of art, isn't it? The city has also painted murals on the side of some older buildings to show lost buildings and Flanders courthouse is there.