This is the old Callahan County Hospital, built by the Works Progress Administration 1938-1939 in Baird, Texas.  In spite of due diligence in searching, I am unable to locate anything about the hospital, other than a couple of references to people being born there or working there.  It was open as late as the 60s, and possibly longer than that as I recall when it was still a working hospital when I worked for MHMR, so I am going to speculate that it was open until some time in the 1980s.  I checked with a Bairdite and his memory is no better than mine in terms of how long the hospital was open.  The building is now occupied by the Department of Human Services and appears to have undergone some work. 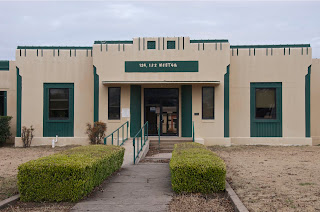 The building I recall was the tannish stucco and white, not green.  I am not certain if this is a restoration or a "new paint job."  Given the austerity of most of the buildings done by the WPA, I'm going to speculate that the hospital was never green and tan, but I am open to correction, as always. 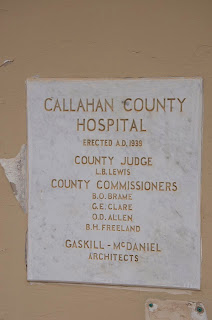 I am unable to locate anything on the Gaskill-McDaniel architects either, so perhaps they were not from this area.  There are brief references to the first hospital in Baird, the Griggs Hospital, owned by Dr. Robert Lee Griggs.  It was the second floor of the City Pharmacy, also operated by the Griggs family. 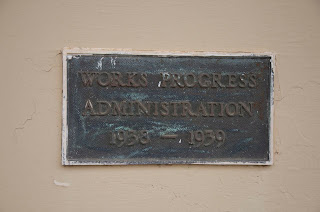 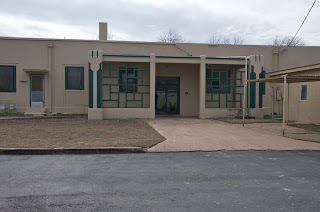 Emergency Room entrance for the ambulance. 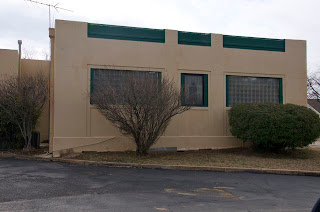 I think this is probably the operating rooms for the hospital.
The T & P Depot Museum in Baird houses some of Dr. Griggs' equipment, including the saddle bags he used when making house calls.  He began his practice in Callahan County in 1900 in the nearby community of Admiral.
Posted by Suzassippi at 12:14 PM