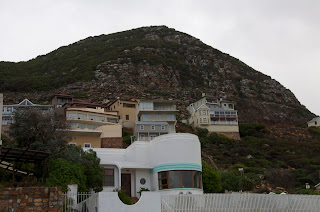 Even though it was cloudy and overcast, everyone decided Cape Point with limited visibility was better than no Cape Point at all.  Courtney drove us all down in the Quantum, and we made a quick photo stop in Simonstown, a resort town on the coast road. 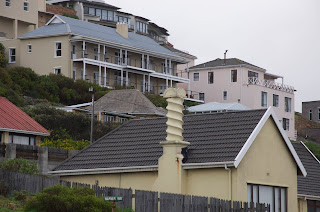 Wendy pointed out this quirky chimney on one of the houses. 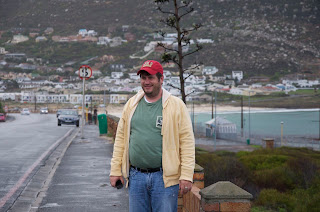 Wade single-handedly tried to save South Africa's economy.  Everywhere we went, he found something to buy.  He was a lot of fun on the trip, good-natured, humorous, and flexible, and I enjoyed seeing this different side of him.  However, as one of my colleagues used to say, "You can't put the toothpaste back in the tube."  Enough said. 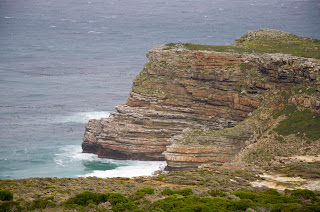 Even on an overcast day, it is incredible to see the Atlantic and Indian Oceans merge at the point.  We stopped at the entrance to the park to use the facilities and a woman saw my Ole Miss sweatshirt and said her husband was from Jackson, Mississippi.  She took me in to meet him and we talked a bit: he is a missionary, married to a South African.  He was the second person from Mississippi we met while there--the first was a student on top of Table Mountain.  I spotted her Ole Miss sweatshirt.  She was there on a study abroad trip with a different university. 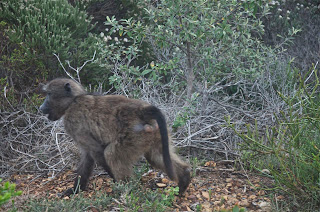 Babboons have become a major problem in many parts of South Africa.  They have even opened doors and walked into houses to scavenge for food.  Even though tourists are warned repeatedly not to feed them, they do, which encourages their aggressive behavior.  One walked into the shop right in front of me and stole a bag of chips, and one tried to rip the chips out of the hand of one of the students.  Tourists saw it as a photo opportunity, not realizing the danger it poses.  There was a entire troop of them running along side the van as we were driving away, but I was never in position to get a clear shot of them. 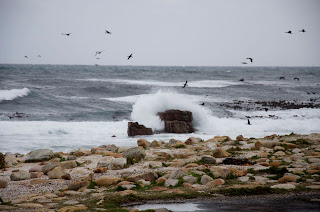 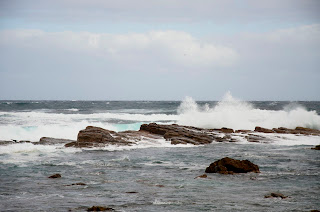 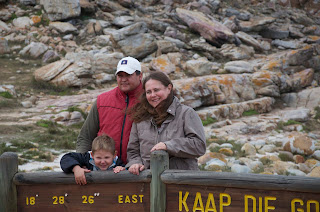 Courtney, Lira, and Joshua: Our hosts who went to extreme lengths to make this a memorable trip for the students.  Courtney spent many hours driving, arranging e-mail access in his office, and running errands.  Lira always outdoes herself in setting up field visits and new contacts for me.  I am so blessed to have them in my life for these last 10 years.  It is not what they do for me, but who they are, that makes them such a blessing. 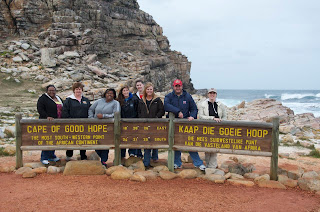 The student crew:  It was a fun and memorable trip for me, and I hope it was for them.  We made a stop at Penguin Island and then had a late lunch in Simonstown.  There was a small market in the plaza, and we had to do some more shopping.  I found the most intriguing jewelry in an unusual design made by the woman's sister and bought several pieces.  I will do a "market post" later of all the unique new things I found on this trip!
Posted by Suzassippi at 9:21 AM

Susan, I gather that you're traveling again. Your pictures are magnificent! I think I would be afraid of the baboons, I'm such a whuz.

You should be afraid of them!