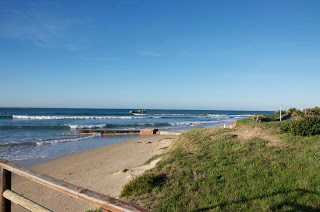 After a productive and very enjoyable meeting with Dr. Blanche Pretorius this morning, I had the afternoon free.  I first met Dr. Pretorius back in 2002 when I visited and she was the Field Coordinator for the social work program.  She is currently a research director.  It was incredible to hear her perspectives of social work in South Africa, and to discuss the similarities between Mississippi and South Africa.  We caught up on what had changed for both of us in those last 10 years, and where we see the future of social work and social work education. 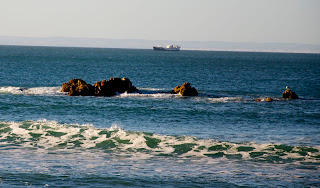 I walked up to the nearby shops and had a leisurely late lunch in Friends, which made me think about the TV show--and all the implausible events they shared.  It was fascinating, as always, to watch people and observe their behaviors.  I took a walk down the beach as it was a beautiful clear and sunny day, and there was only a slight breeze blowing.  The Nelson Mandela Bay opens into the Indian Ocean. 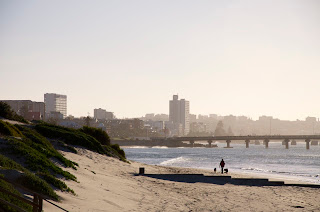 Like the last time I was here, dogs remind me of home, and missing my dogs.  Randy says Libby has dug in her kennel one way, and then digs the other way, covering up the hole.  On my list of things to do when I get home is to rework the kennel, alternating grass and concrete slabs.  Then at least if she digs, there is a limit as to where she can go. :)  There was a little white fluffy dog on the beach later and it was just enjoying digging in the sand--which also reminded me of Libby.  I am not homesick this trip (that does not usually happen until 4-6 weeks in, and it has been less than 3), but I do get ready for the routine of home and know that the dogs and family miss me.  I am so busy here it is hard to miss routine, but when you are in the routine, it is easier to see someone is gone from it.  Perhaps they don't even notice it after all, but I can imagine that when I walk in the door Sunday night after flying for 30 hours that my son will say, "Are we eating tonight?" and Randy will ask, "Are you going to the store tomorrow?" 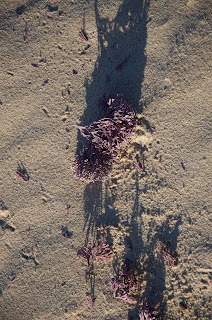 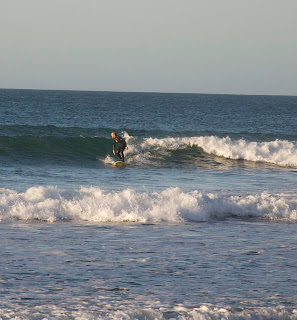 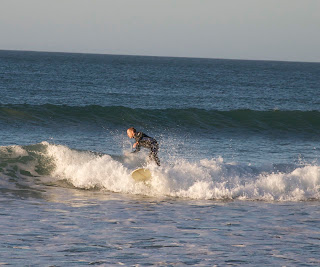 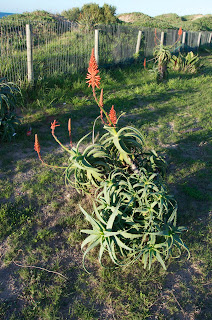 In Afrikaans, flora is "feinbos."  I have noticed that this part of South Africa does not seem to speak much Afrikaans, though I will hear a smattering of it occasionally.  Some of the people I talked to yesterday told me English was their first language and that under apartheid, they were forced to learn Afrikaans in school, and that they deeply resented it.  It reinforced for me that not everyone's experience is the same in similar circumstances.  Because of the British colonization, there were English speaking people in all areas.  Even in this area, the coloured people experienced English as a first language, while many coloured people in the Western Cape speak Afrikaans and see the language as part of their heritage.

In the absence of a universal language, I like to think that those of us who value relationships will continue to make ways to communicate with each other and learn the languages of those with whom we interact.
Posted by Suzassippi at 11:37 AM