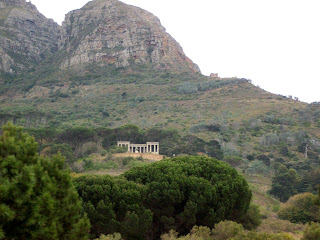 The second day of the CityTour provided much history of the colonization of the area, apartheid, and the current history.  Above is Rhodes Memorial, named after the British Cecil Rhodes, and for whom the former Rhodesia was named. 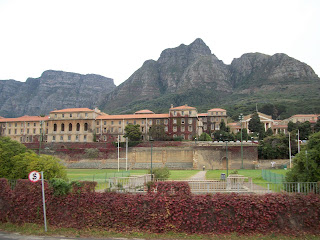 Also at the base of Table Mountain is the University of Cape Town, which was also home to many demonstrations during the years of disrupting apartheid. 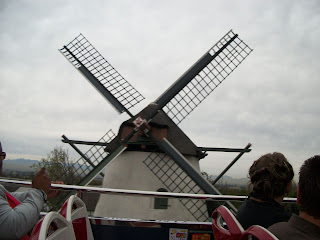 This Dutch windmill was restored to be a working windmill, and the Cape Doctor winds keeps it moving. 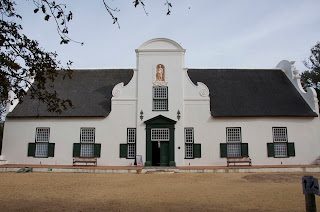 Groot Constancia, the oldest winery in the Southern hemisphere.
The Constancia (Groot means "big") dates back over 300 years, and made the brandy that Napoleon drank during his exile.  Several years ago, they reintroduced that line. 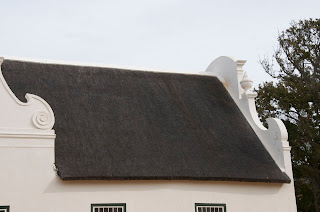 This was the first wine tasting for most of the students, and most of them professed that they had either not drank wine, or did not like it.  We did have to do a bit of cultural training about being sensitive to the environment, and that just as they would not go into a township and shout "this is horrible" neither should one go into a wine establishment and proclaim "this is horrible."  The protocol is spit, and pour it out, and while one is free to say I don't like this one, or I don't care for this one, it's rather like sitting down to dinner in someone's house and looking at the food and saying, "This is horrible" to be so blunt in expressing one's dislike for something.  It rather took our somalier aback at first, but being on the tour route, he had to be used to it. 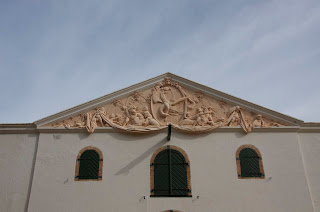 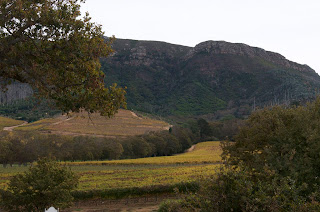 There were aspects of the wine that I enjoyed, though there are certainly several other wineries in the area that I definitely prefer, and I assured them we would make a few of them to give them greater variety. 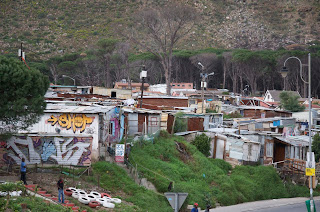 Further up the peninsula road, we arrived in Hout Bay.  The township of Imizale Yethu--like all of them--is on the outskirts of the town, stacked up the hillside.  Imizale Yethu is home to the factory for The Original T-Bag Designs, an innovative women's project.  I met the founder of T-Bags back in 2004, and have been fascinated by their work, and purchased much of it over the years. 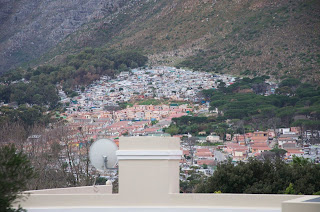 There is a new housing initiative in Imizale Yethu which has resulted in massive improvement in housing.  It is a private initiative, and has yielded some astonishing results for the community. 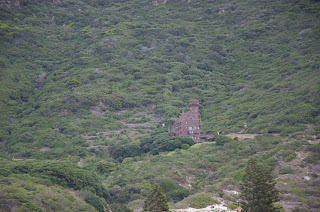 Hout Bay actually established itself as an independent part of South Africa at one point and though I don't recall the exact details of that, they have remained a someone independent part of the province.  One reason might be there is only one way in and out of the community.  Here on the hillside, a resident was building his castle for his kingdom. 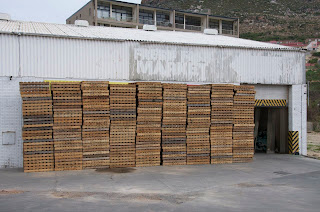 For my Unalaska friends, the local fish processing plant in Hout Bay: Oceana Brands.  Fishing is a large part of the economic development not only in Hout Bay, but in all the cities and towns along the coast here.  Fish is always on the menu! 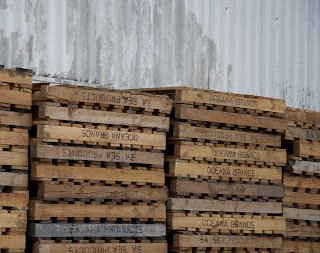 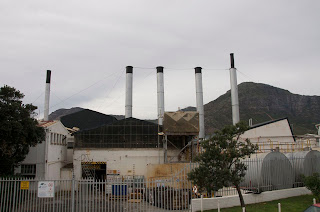 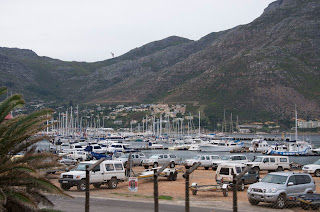 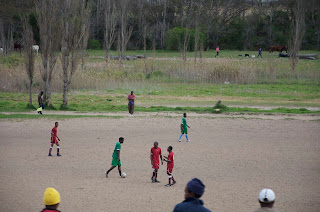 And yes, soccer is the game in South Africa!  Everywhere we went, someone was playing soccer.
Posted by Suzassippi at 8:13 AM

I've been catching up with your posts this evening. Love the photos.