I made it home to the US at 5:30 yesterday afternoon, though it was after midnight to my South African system.  It took over an hour to clear immigration and customs--most of that time was after I and C, and standing in line to go back through security in order to leave the airport to exit.  Due to Memphis being an entry port, ICE opens into the section of the airport where people are also boarding, so even though I was leaving, I had to walk through the secure area.  Needless to say, it is a very lonnnnnnngggggg walk from the International Wing to the baggage terminal and I was pretty literally on my last leg.  Randy had been standing with my baggage for 30 minutes before I made it to the area.  It was 98 outside, but the airport itself must have been over a 100--I swear it was a sweltering pit in there and sweat was dripping off me before I made the long walk back.  I think I may have made my last flight without disability assistance!
Libby was surprisingly calm when I got in, though very happy to see me.  Roadie just looked at me and kept his distance, Rex had to smell everything, and Kate was tail-waggingly happy to have me home, although she said she did not really miss me since her human was here.  I still have quite a bit to post from the trip, given the general lack of access to the Internet most of the trip.  We were just way too busy doing things to take time to do it, and it was less pressing than other things we wanted to do.  It does indicate how spoiled we get to having access so readily here at home--when I woke at 5, it was so easy to just step over to my desk and instant-on. 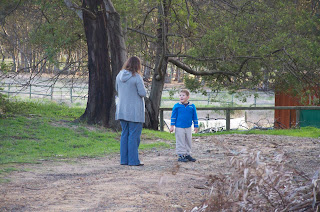 Friday I spent the morning in the office at Marsh, catching up on emails, class information, and some writing.  At 10, the office staff invited me down to tea, which was a lot of fun.  Every Friday they have a tea and just relax and enjoy from 10-10:30.  I met a few new people, and saw others that I knew.  I ate new foods--a sweet-spicy chili sauce that I love, served with some type of sausage roll, and a wonderful home-made bread, along with other tasty treats. 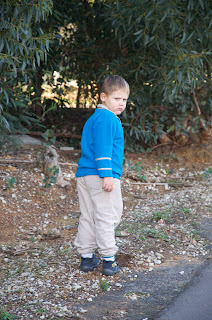 They close the office early on Fridays, so Lira and Courtney and Joshua and I rode over to Somerset West to see our friend Jeanne.  She was in a meeting, so we just walked around the farm a bit while waiting, and I was enjoying taking photos of Joshua while he was not looking. 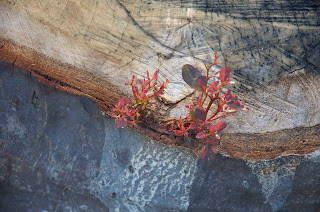 I definitely discovered what made me sick the second week: I am allergic to blue gum trees.  As I posted earlier, they were in the process of removing the non-indigenous trees from the property, as part of an eco-systems approach in the whole area.  I had gotten sick shortly after our first visit to Eagles, but just thought it related to being out in the wind or something. 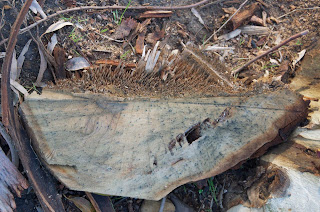 Even though I had been to see the doctor and been on medication for almost 2 weeks, I was still fairly sick.  Courtney and I had been standing out where they were splitting the logs from the trees they had cut, watching the workmen and chatting.  Suddenly, I felt my head close up, my nose close up, and my throat close up and realized it was the same feeling I had the week before when I was there.  I left the area and went back up to the office to wait for Jeanne...but the invasive blue gum particles were already having a party in my immune system. 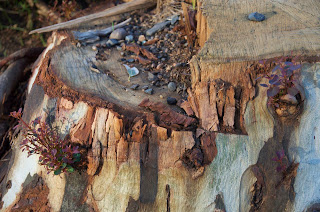 By that night, the coughing had redoubled (I did not think it could get any worse, but it did) and I began to lose my voice.  Jeanne gave me some rooibos tea with honey from the bees on the farm, which amazingly did help, along with a couple of benadryl. 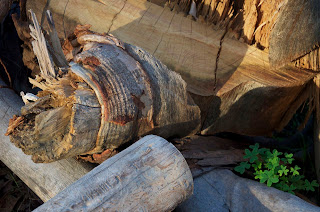 We went to the pharmacy the next morning and the pharmacist recommended some OTC and I continued with the gaufenicin.  Let me just say that getting on a plane at 11:30 Saturday night for a 24 hour flight home was about the last thing in the world that I really wanted to do.  As soon as we were airborne, I took my ambien, and amazingly, slept until 9 the next morning, waking only when they started serving breakfast.  If I had been smart, I would have taken another ambien once we were airborne on that take-off from Amsterdam! 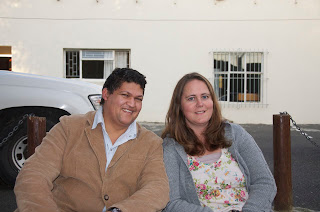 I know Eat, Pray, Love is the order, but I had a hard time with two of those.  I have no taste, so airline food--as yummy as it usually is--held no appeal for me.  I did drink a lot of water and a Coke.  I prayed a lot, pleaded a lot, opened my eyes and heart to the learning a lot, and mostly, just asked to survive until I got home.  I had one of those seat-mates that it's just a hard stretch to love.  I am going to leave it at that, but I suspect the only person on the plane more annoyed with her than I was, was the flight attendant.  I cut her some slack, as she clearly understood and spoke little English, and no doubt there were some things that were confusing.  Here is a sample:  Flight attendant: What would you like to drink? Wine.  No, white.  No, no, red.  No, with ice.  No, Coke.  No, Coke with no sugar.  No, tomato juice.  And coffee.
That was one of the easier conversations.  And of course, it is always great fun to be sitting next to a stranger who thinks both seats are for her use, and assumes that you want her blanket all over you, and that the space in front of your seat is for her feet if she needs it.  You'd think as much as I was coughing that she would want to be as far from me as possible.   It was fun, too, the one time I had finally been able to drift off to sleep in the midst of my raging headache only to have her poke me and wake me up to say I had on her seatbelt.  Uhm, no, this one is mine--see it is attached to my chair.  She dug around and finally found hers, which she had shoved down between the seats.  Clearly, some people should not be allowed to fly without a nanny. 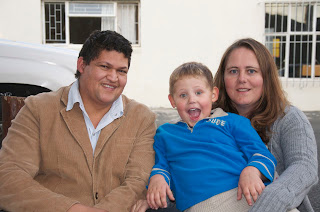 And the final fun opportunity for the trip was checking in through immigration and customs at the Memphis airport.  Now, I really do love when I get to the front and they look at my passport and say "Welcome home."  As much as I love South Africa, and feel a strong affinity for the country and people, there is something reassuring about being told I am home again.  Current protocol at the Memphis airport, because it is a port of entry, is once you clear I and C, you have to put your baggage back through security, and go through security yourself as you are entering into a boarding area prior to collecting your baggage.

On the airplane, they must have announced 15 times that if you bought anything in duty-free at Shcipol that was in excess of 3 ounces, you had to put it in your checked baggage prior to proceeding through security.  There were signs continuously along the way to where you picked up your checked baggage and where you dropped it back off again, reminding you--in big pictures and big letters--that you could not take any liquids in excess of 3 ounces, and the whole little quart baggie rule.

Yep, the woman in front of me in the security line has bought a bottle of lotion at duty free in Shcipol.  They explain that she can go retrieve her checked baggage (which if she had been paying attention only one time during the last 2 hours) she would have already known to put the lotion in her bag) or throw it away, and explain the 3 ounce limit.  She says, "Can I just put it in my purse?"  The security guy can't help himself, he actually laughs.  "No, ma'am.  It cannot be carried on; you must put it in your checked baggage, or throw it away."  She explains that she bought it at duty free and they let her board the plane in Amsterdam with it.  Now the supervisor is over.  "Ma'am, I don't know what they do in Amsterdam, but in Memphis, you cannot leave this checkpoint with the bottle of lotion.  You can go back and retrieve your checked bags and pack it, or you can throw it away, but you cannot take it with you past this point."  No, she is not throwing away something she just paid $50 for.  She'll go find the bag.  Now, someone has to escort her to the place where one tries to trace the bag--which has, of course, already been processed for loading onto the plane she is planning to board.  Mind you, as well, she has walked back past all those signs that are at eye level in the queue that say "WARNING"  All liquids must be in containers less than 3 ounces!  The final caveat?  Her husband starts gathering up his stuff to go with her, and security tells him he cannot go--just her, and that he can wait at the seat there in security (where she is going to have to re-check) or at his gate.  He opts for the gate.  You just have to wonder if there should not be a new reality show coming: The Travel Nanny.  If we think parents cannot manage their children nowadays, that ain't nothing when it comes to people figuring out how to manage flying.  I don't know about this woman, but when it comes to airport security, not even $50 would make me go back through a security line I had already spent an hour to clear!

Time to head to the shower and get to work on this side of the world!
Posted by Suzassippi at 7:24 AM