While I am waiting for the final visit of the Port Elizabeth trip, I have been catching up on emailing and setting up my classes back home.  I keep having difficulty with charging the laptop, as I have to use a current converter and sometimes inexplicable to me, it just stops charging and reverts back to using the battery.  I had to check out of my room at 10 this morning, but my pick up is not until 1:45 this afternoon.  I am trying to be a good sport about it and just relax and use the time to my advantage, but if I had known this schedule in advance, it would have been much easier to plan around it, I must say.  I have been sitting in the lobby for 2 hours now, with still almost 2 to go.  Picture a big sigh here... 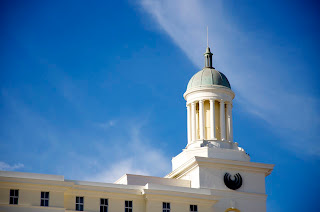 In the meantime, I thought I would post some of the Cape Town architecture from various days.  I don't know much about it other than two things:  there is a lot of what is called "Cape Dutch" influence, and there is the British influence due to colonization by the British following that of the Dutch. 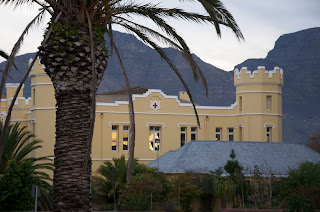 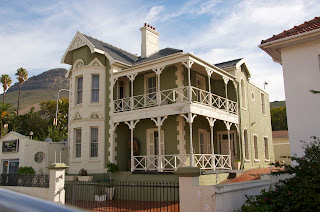 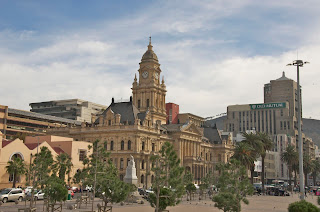 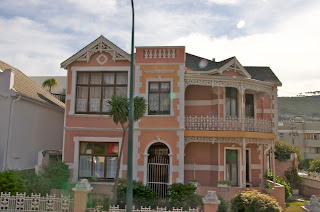 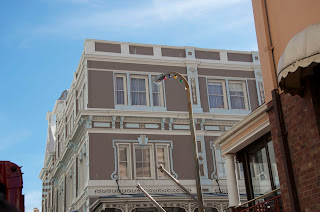 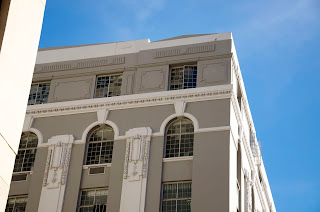 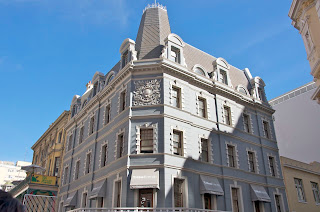 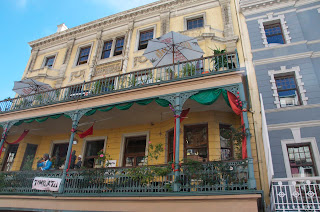 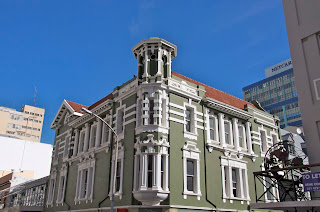 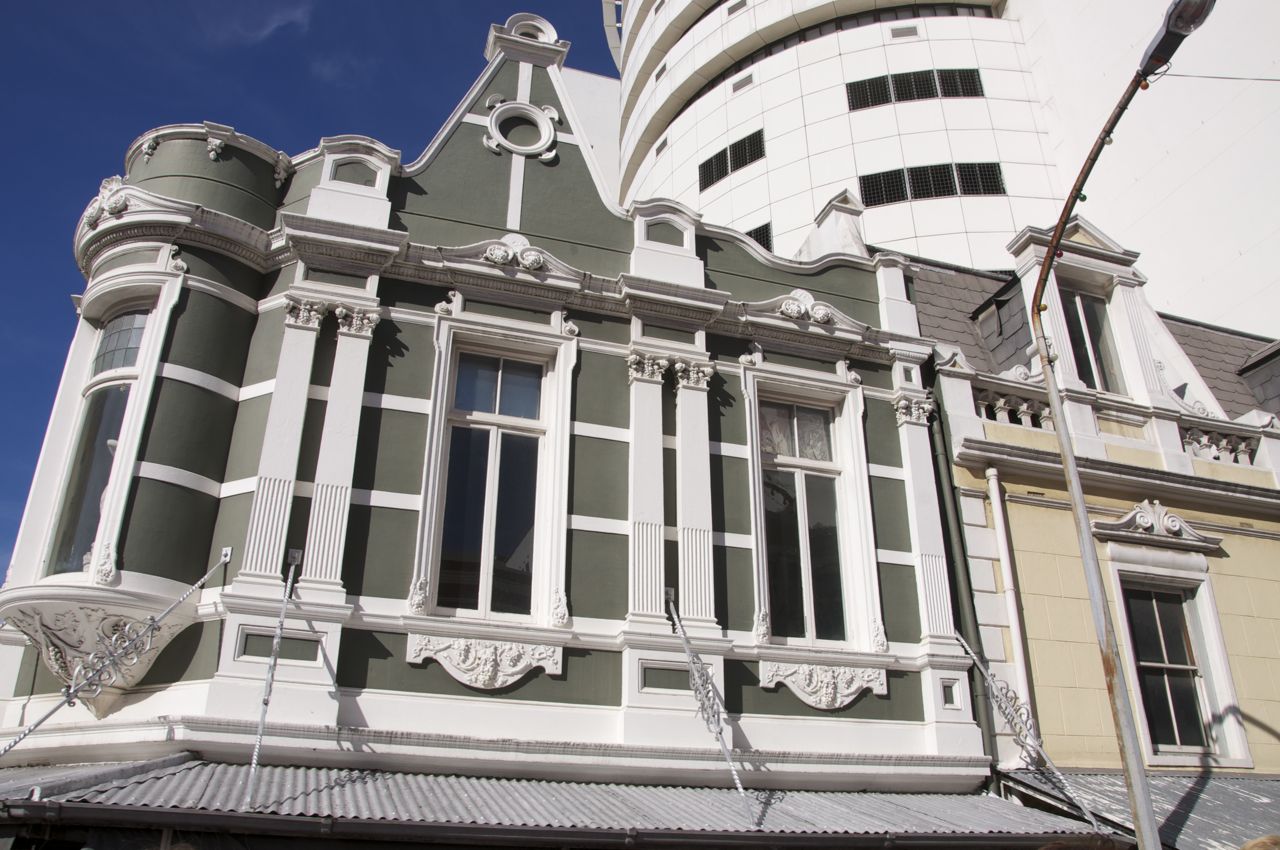 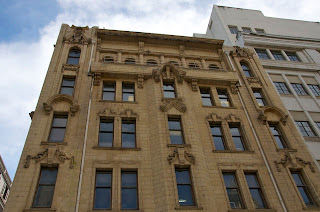 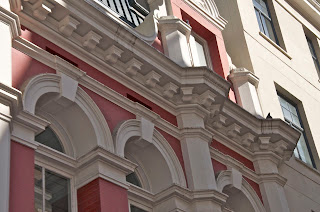 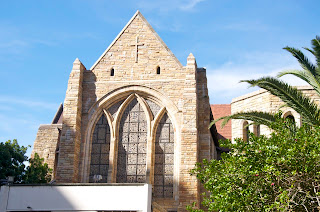 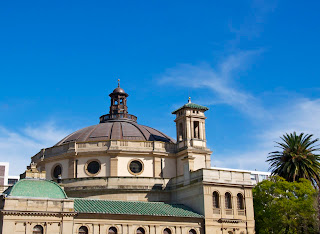 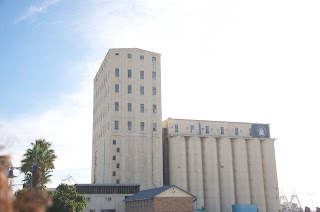 This grain silo is considered an historic landmark.  There is a huge controversy over what should be done with the space and the building.  Some want to build a hotel here--this is prime real estate in the Alfred and Victoria Wharf area--and others want to preserve the building and renovate it for a museum/community complex.  It is significant to the history of the shipping trade due to its proximity to the wharf. 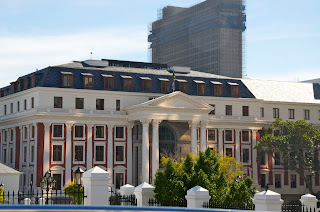 Parliament building.
Posted by Suzassippi at 5:07 AM