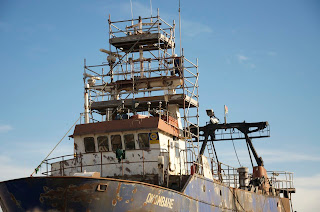 Friday of the first week, we did the Red Tour of the Hop On/Hop Off CityTour, which was an excellent recommendation that saved us time, money, and the hassle of parking and driving.  We started at the Wharf, where we learned the history of the working wharf and it's current role in maritime economy.  Many ships are repaired here at the wharf, and it is a major shipping port, as well as a tourist destination. 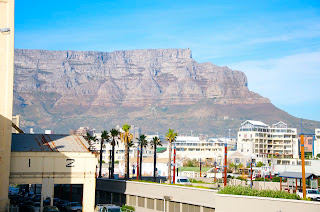 No matter where you go in the Cape Town area, there are astounding views of Table Mountain easily visible. 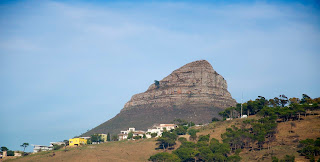 Lion's Head sits just to the side of Table Mountain, and is another well-known landmark in the area. 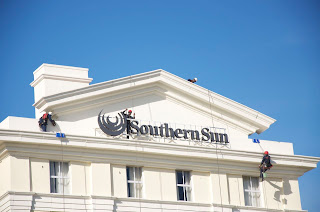 This is a job to which I have never aspired. 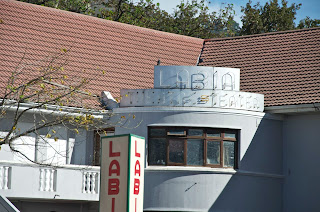 The Labia Theatre was originally an Italian Embassy ballroom.  Princess Labia opened it in 1949 and it is known as the oldest independent art-repertory cinema in SouthAfrica.  They show classic films in what is billed as "old-world ambience." 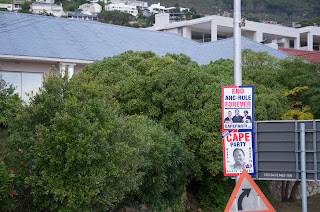 We finished up the tour of the day driving through Camp's Bay, a luxury resort area that is home to not only wealthy Capetonians, but many US movie stars as well.  I found it ironic that the area was flooded with End the ANC forever signs (a recent political process had culminated in voting on Wednesday of this week) in an area heavily dependent upon black labor for service. 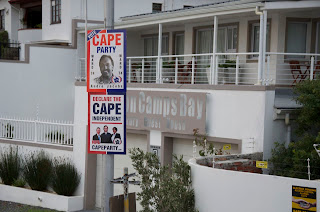 I learned some interesting political information on this trip, about which I will post later in a purely explanatory way, as it ties into later issues in the visit.  It made me think once again, that there is really little difference in the process of political power, regardless of who holds it. 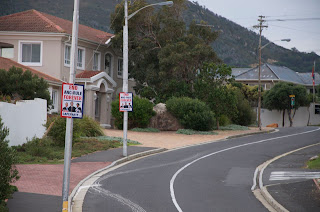 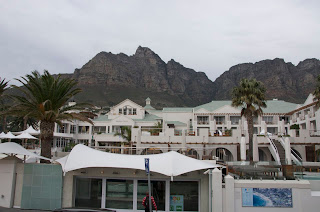 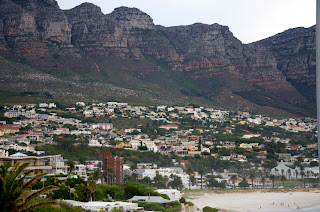 Some of the students commented on the distinctive contrast between this community, and the endless rows of shanties only a few kilometers away in Khayelitsha.  No doubt, many of the service workers in this community made the arduous daily commute via train, taxi, and walking to reach their jobs. 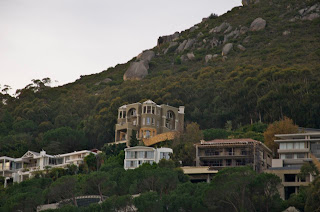 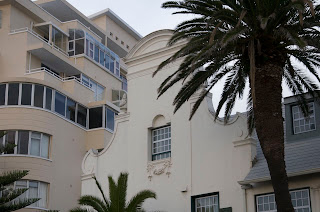 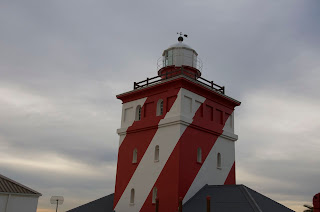 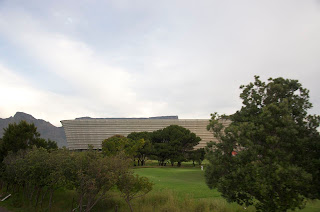 Leaving the area, we passed the new soccer stadium built for the World Cup 2010.  On this site was the previous Greenpointe Market, a large and expansive market that catered to tourists on Sundays. I have visited it many times in the past, and used to obtain some of the most beautiful table cloths and beaded flatware at the location, as well as just enjoy the culture that would be present, such as foods, dancing, and singing. 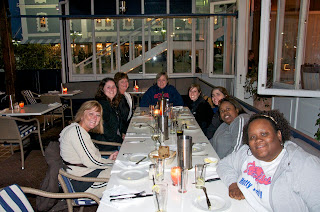 We ended the long day--certainly sunburned and windblown from riding on top of the open air two decker bus--with a dinner at Hildebrande Restaurant on the wharf.  J and I had enjoyed a wonderful meal there last year.  We sat outside on the patio, and the food was indeed wonderful once again.  I even saw the waiter who had served J and I on our visit, and he came over to visit with me, tell me about his pending retirement and being able to spend more time with his grandchildren.

Posted by Suzassippi at 8:44 AM