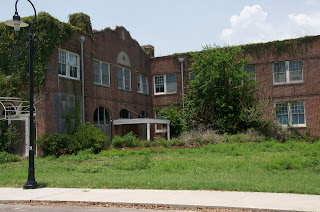 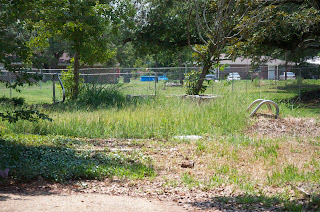 A common site was pools that have been filled in, with nothing but the former rails for steps, or perhaps a diving board base, still visible. 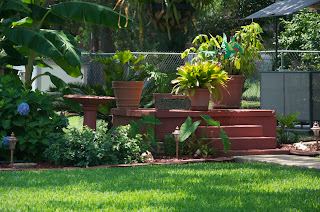 Although there are many foundations and steps still among the ruins, these steps to a former house had been incorporated into the yard art...sitting next to a tiny travel trailer.  I wondered if these people had no intention of trying to rebuild--after all, in the next evacuation, they could just hook up the trailer and drive away. 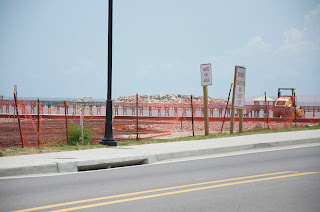 They are also constructing a new seawall by OldTown Bay St. Louis. 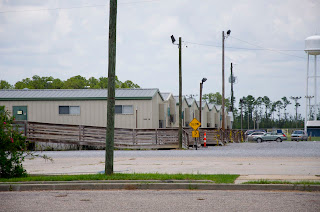 There are still many businesses operating out of the trailers set up by FEMA, including the Hancock County Government offices. 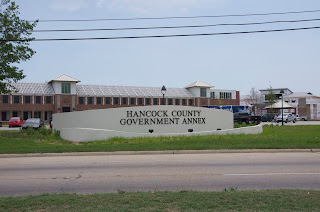 Their new facility has been constructed and they are in the process of completion and readying for occupation. 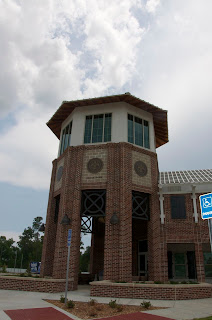 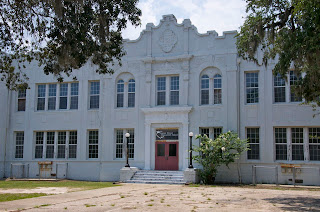 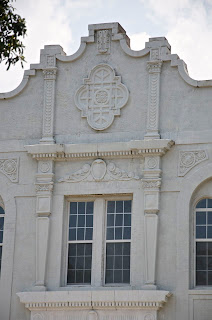 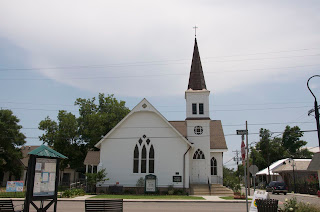