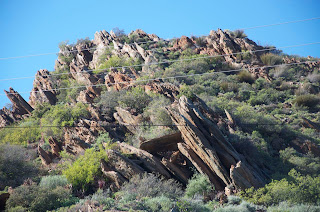 Worcester (pronounced 'Vooster') is about an hour from Cape Town, and home to the Fairy Glen Safari.  I had 5 students who wanted to go on a safari and we made the early morning trek to get them there.  Wade allowed as how he thought the animals should all wait to eat breakfast at 10 or 11 so we did not have to leave so early; he would have been right.  Even though we were supposed to be there by 7:45 (and were delayed slightly as I went the wrong direction, only realizing it 20 minutes into the drive), they even fed the safari goers before they ever left camp. 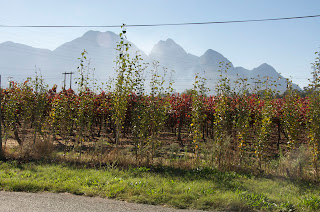 I drove into town and had breakfast and used the Internet while waiting the 6 hours on the students, and then drove around the area to see a part of South Africa new to me.  Worcester is home to vineyards and farms. 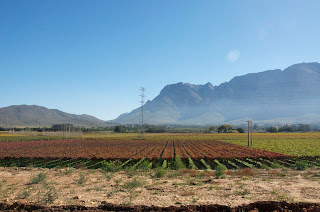 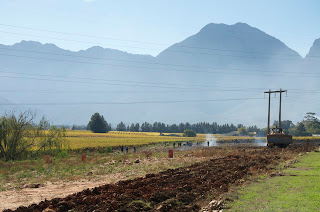 Workers were burning the old vines, and then plowing the area for new planting. 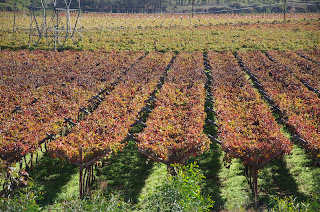 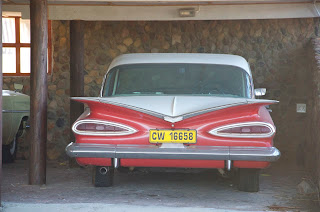 Back at the safari lodge, I spied some 59 Chevys in the garage.  Notice the right hand-drive steering wheel.  Christina made a game out of seeing how many American made cars she spotted in South Africa. 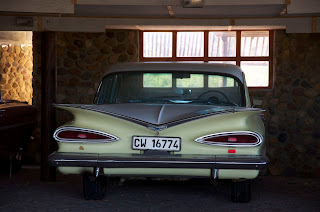 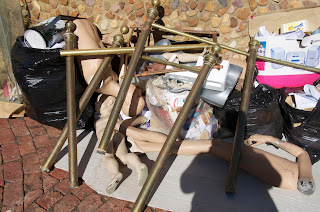 Tourists who got off the safari rover.
Posted by Suzassippi at 6:05 AM