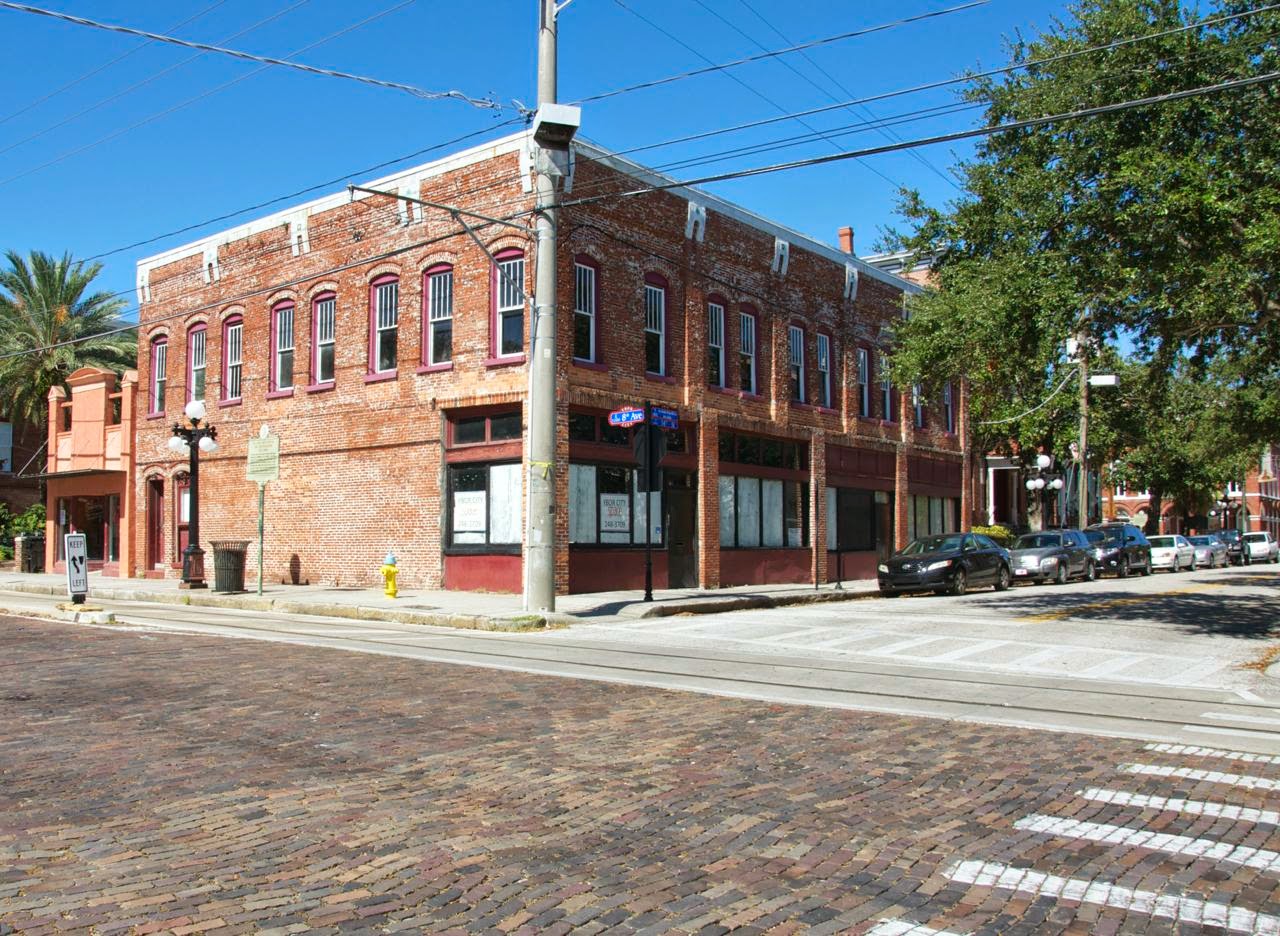 The Patriot League Instruction was located on the corner of 8th Avenue and 14th street, and established in 1889.  Classes were conducted by Don Jose Guadalupe Rivero at night, after the Cuban emigres had completed a day of labor in the tobacco factories.  Ybor City's development was begun in 1885 by cigar manufacturer Vincente Martinez-Ybor.  By the end of 1886, over 3,000 workers had arrived in what would become known as the "Cigar Capital of the World" (Ybor City Historical Page, Baldor Academy Alumni). 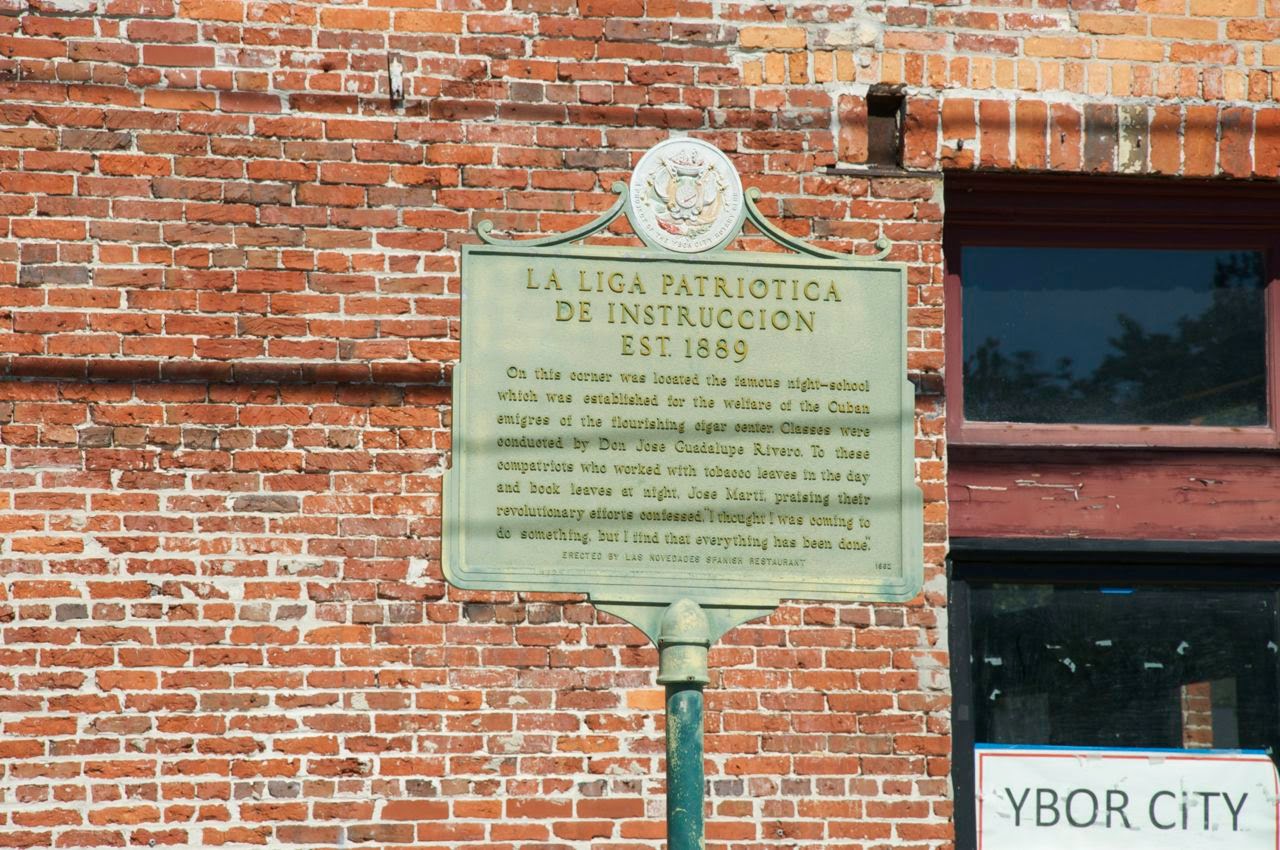 Ybor City hosted many of the mutual aid societies and social clubs that were established to enable those marginalized by race, ethnicity, and immigrant status to successfully cope with and adapt to the often inhospitable environment of the larger US society, while maintaining a connection with their identity and culture.  On the corner of East 7th Avenue and 14th Avenue, for example, is located the "cradle of Cuban liberty" which was a tobacco stripping house converted to a social center in 1886 Ybor City historical marker text). 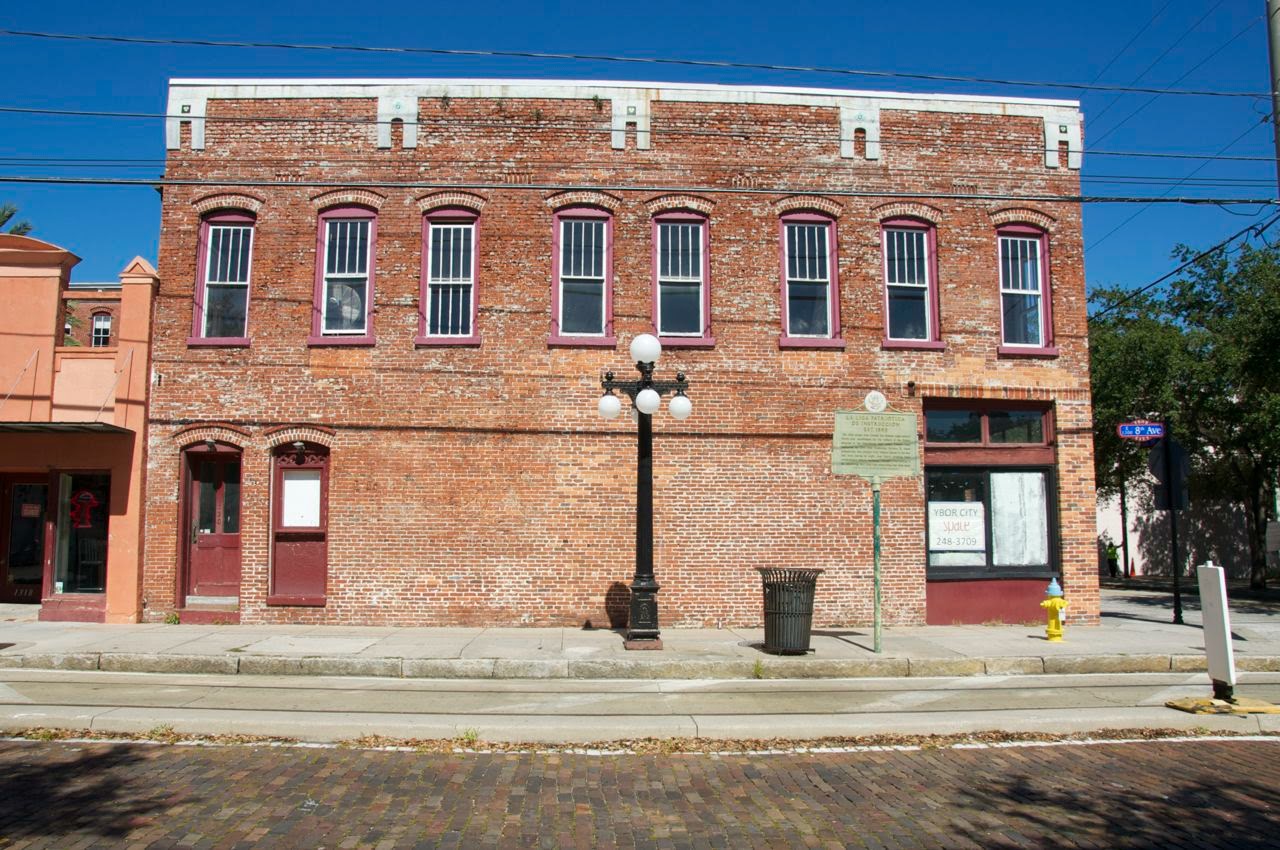 Cuba secured independence from Spain in 1898, and the La Union continued to provide mutual aid benefits to members until the 1930s when large numbers of Afro-Cubans fled the south along with African Americans.
Posted by Suzassippi at 10:17 AM

How interesting I find the culture of the Cubans and these buildings! As worn as the buildings are now it is easy to tell that they were once beautiful, productive facilities.

It was a fascinating community. I did not have a lot of time there, and if I had known additional information in advance, would have been better prepared for places to see. It is amazing the tremendous contributions that immigrants have made to this country, before they were citizens, as well as after, or in the case of some, contributions without the benefits of citizenship. If I ever get back to Tampa, I will definitely spend more time there--they have several New Deal sites as well, but they were too distant for me to walk.

I've always been amazed at the effect that the many different ethnic groups had on San Antonio. While we think primarily of the Spanish/Mexican influence there were Germans, French, Italians, and other groups that arrived in the early 1800's. Visitors would write that the din of many languages and dress of many countries gave the town an international flavor! The result was a blended city of many cultural backgrounds.