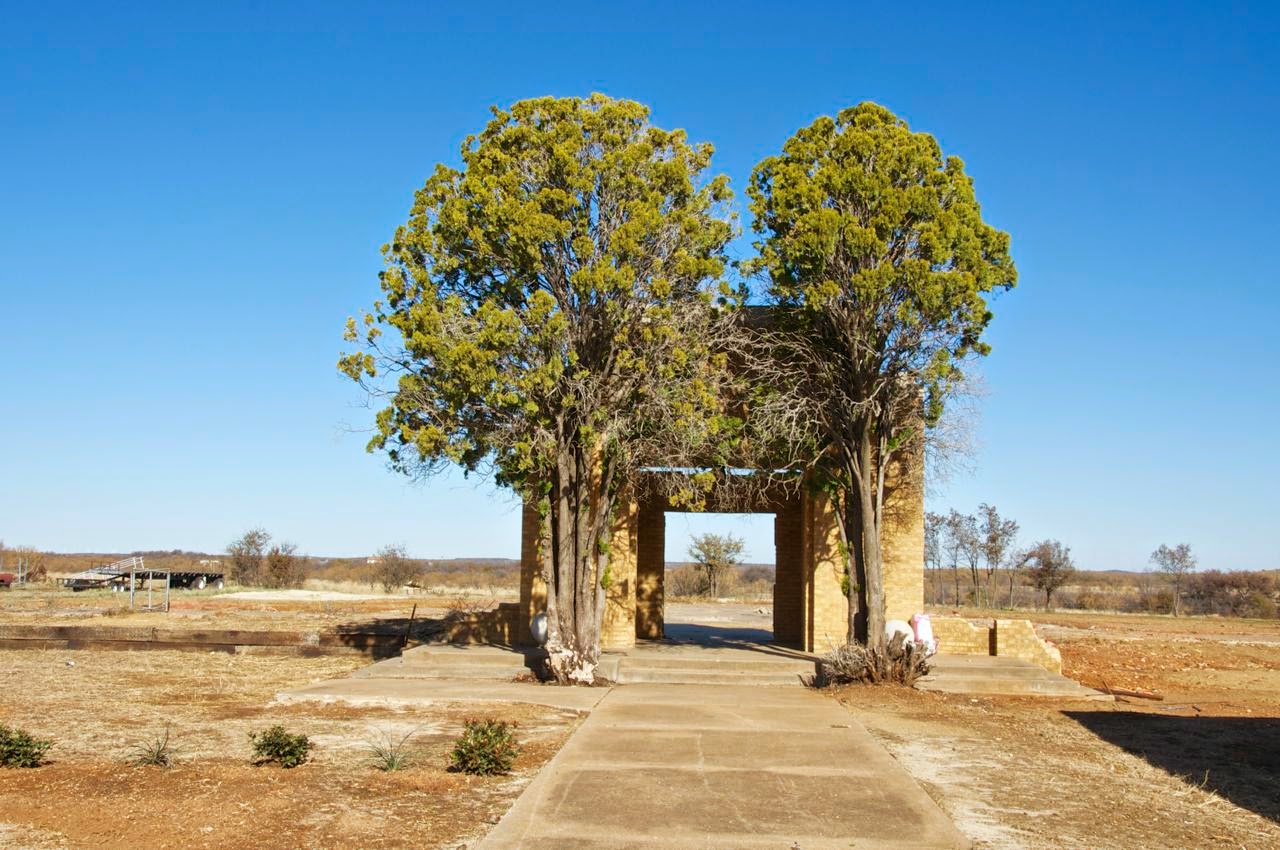 Jermyn is a small rural community in the northwest corner of Jack County, Texas.  It was founded in 1909


...on the western edge of Lost Valley, a 20-square-mile area of Jack County...as site of the roundhouse, depot, and office building for the Gulf, Texas & Western Railroad.  It was named for J. J. Jermyn (1852-1928), line's president. (Texas State Historical Survey Committee, 1972)

The sale of the railroad in 1930, and the onset of the Great Depression contributed to its decline.  The Public Works Administration project orders were received in January 1936 to construct a new school building.  Contract was awarded to Gurley Construction Company in the amount of $46,073 ("Dormitory work to start January 24: Other PWA project orders received," January 17, 1936, p. 14, San Antonio Express). 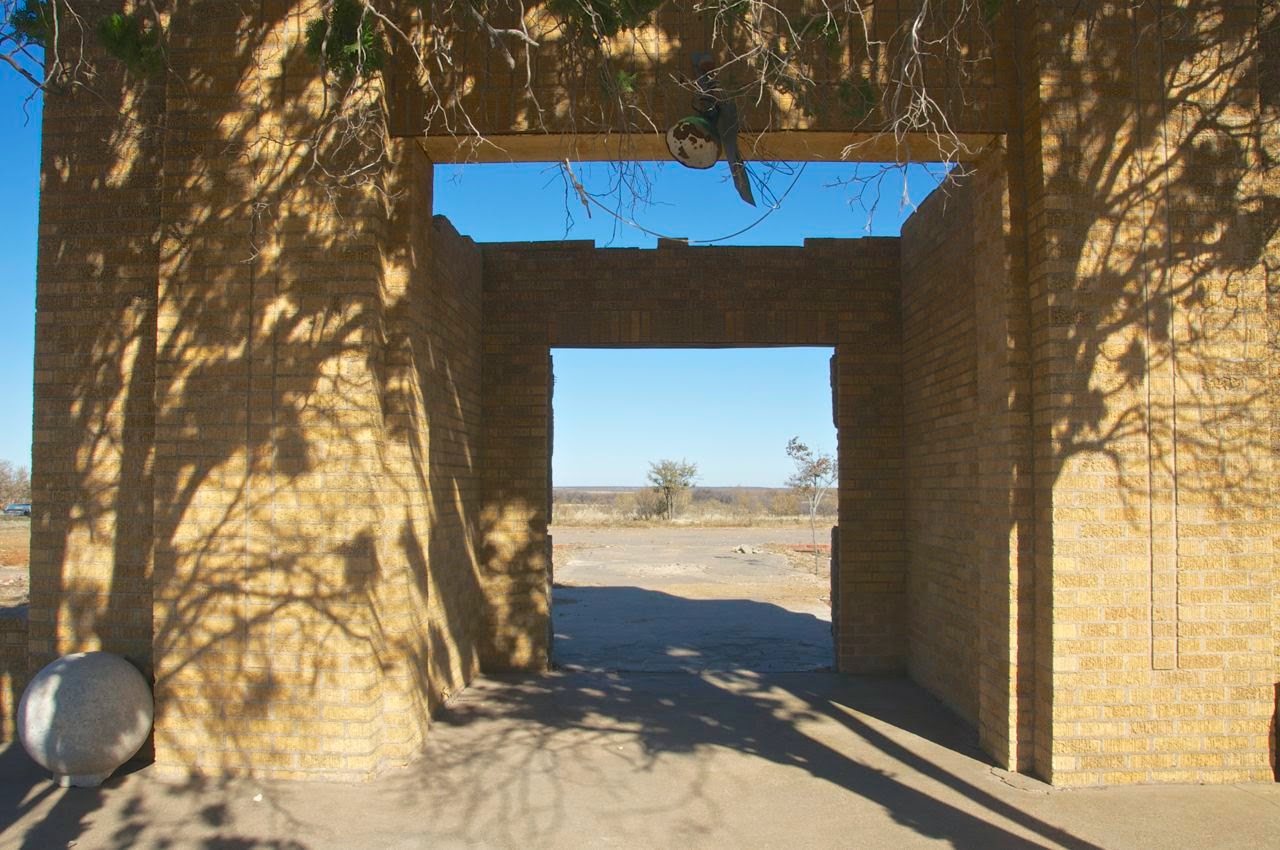 
Ground was broken Thursday of this week for a $50,000 building project in Jermyn. This amount of PWA money is being spent in that place for the erection of a complete new school building. ("Work on 50 thousand dollar school building," February 7, 1936, p. 1, The Olney Enterprise) 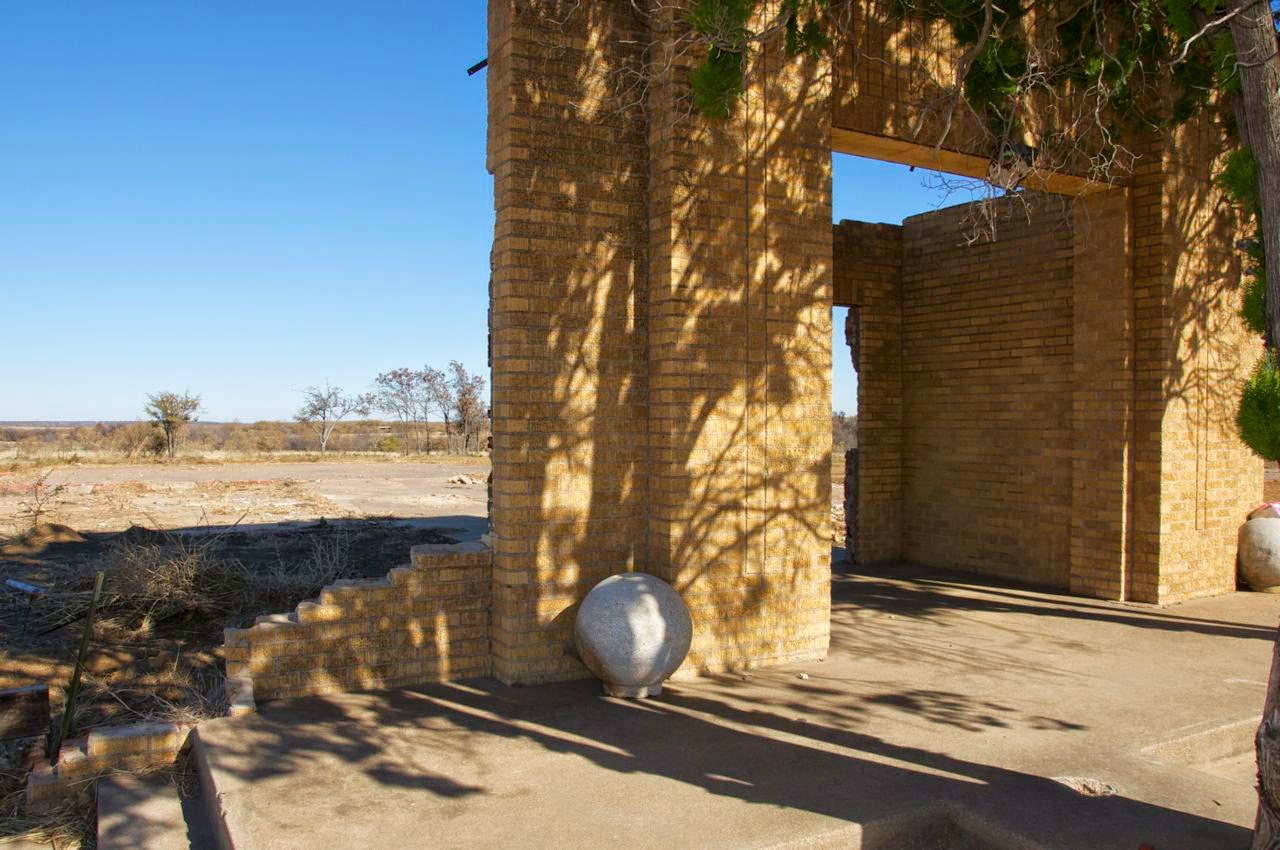 The school, or at least part of it, was still standing in 1972 when the state historic marker was erected, and was utilized as a civic center for the community. 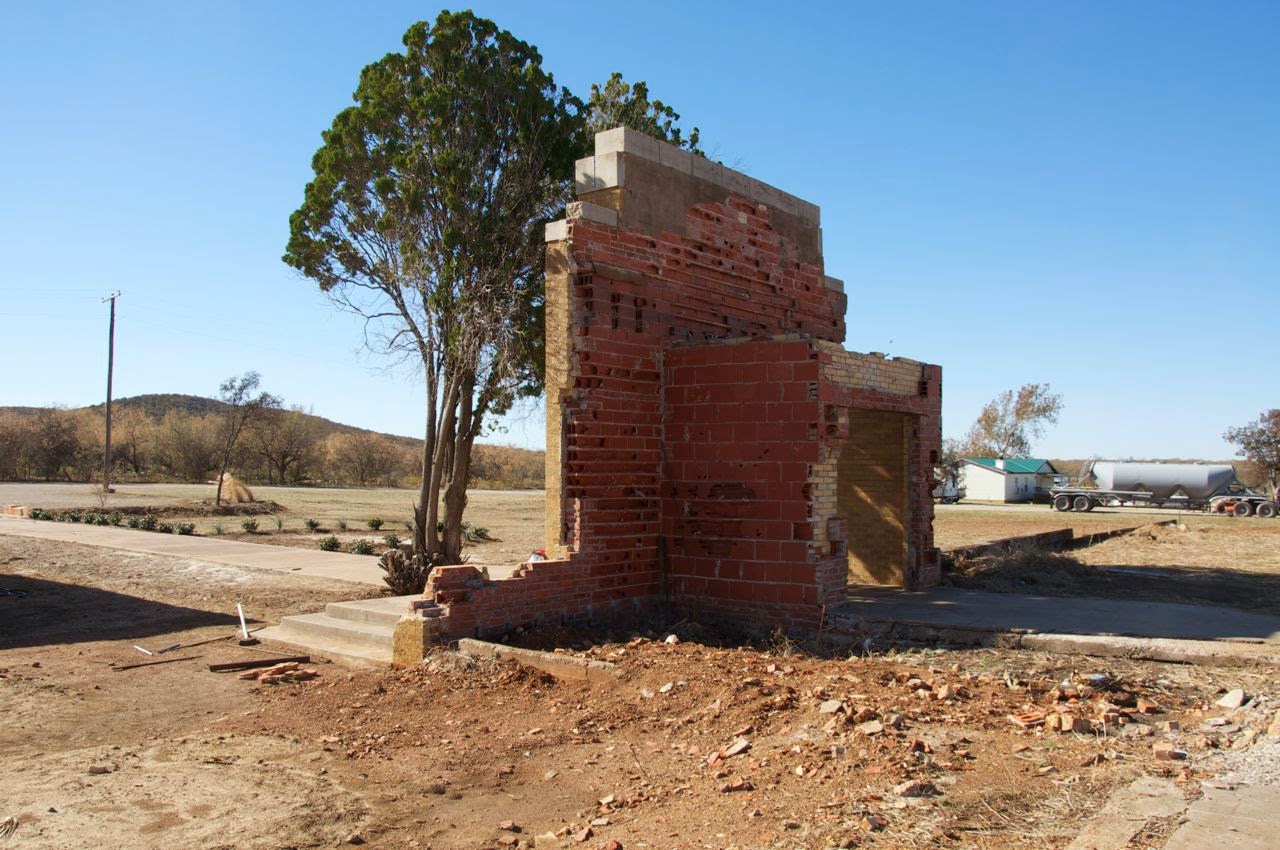 Based on the freshness of the rubble and the ground around the school foundation, it seems possible that it has only recently been demolished.  Leaving the entrance arch seems to reflect some degree of sentimentality on the part of the community for the building and the role it served in the community. 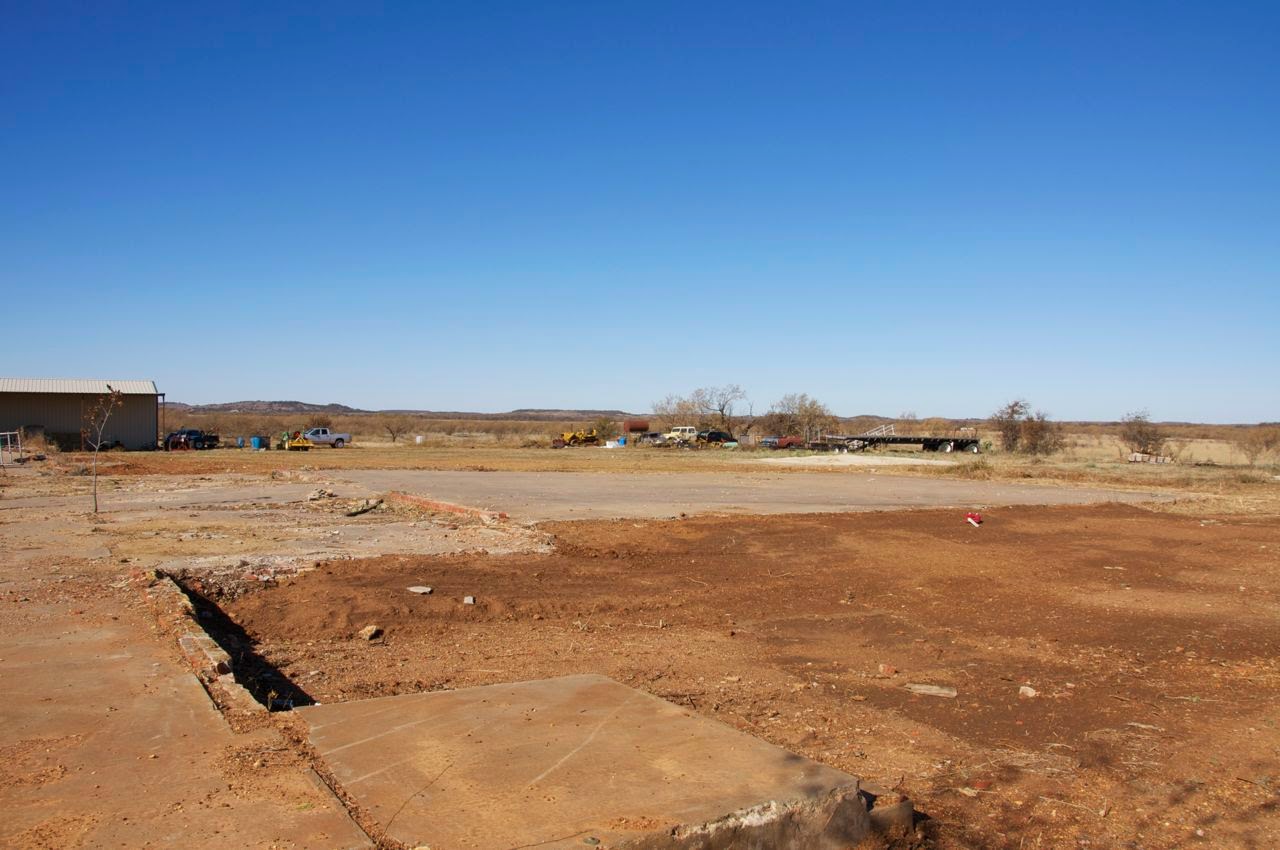 Perhaps the larger slab on the corner was the base for the auditorium, whose seats lie in a pile at the back of the lot. 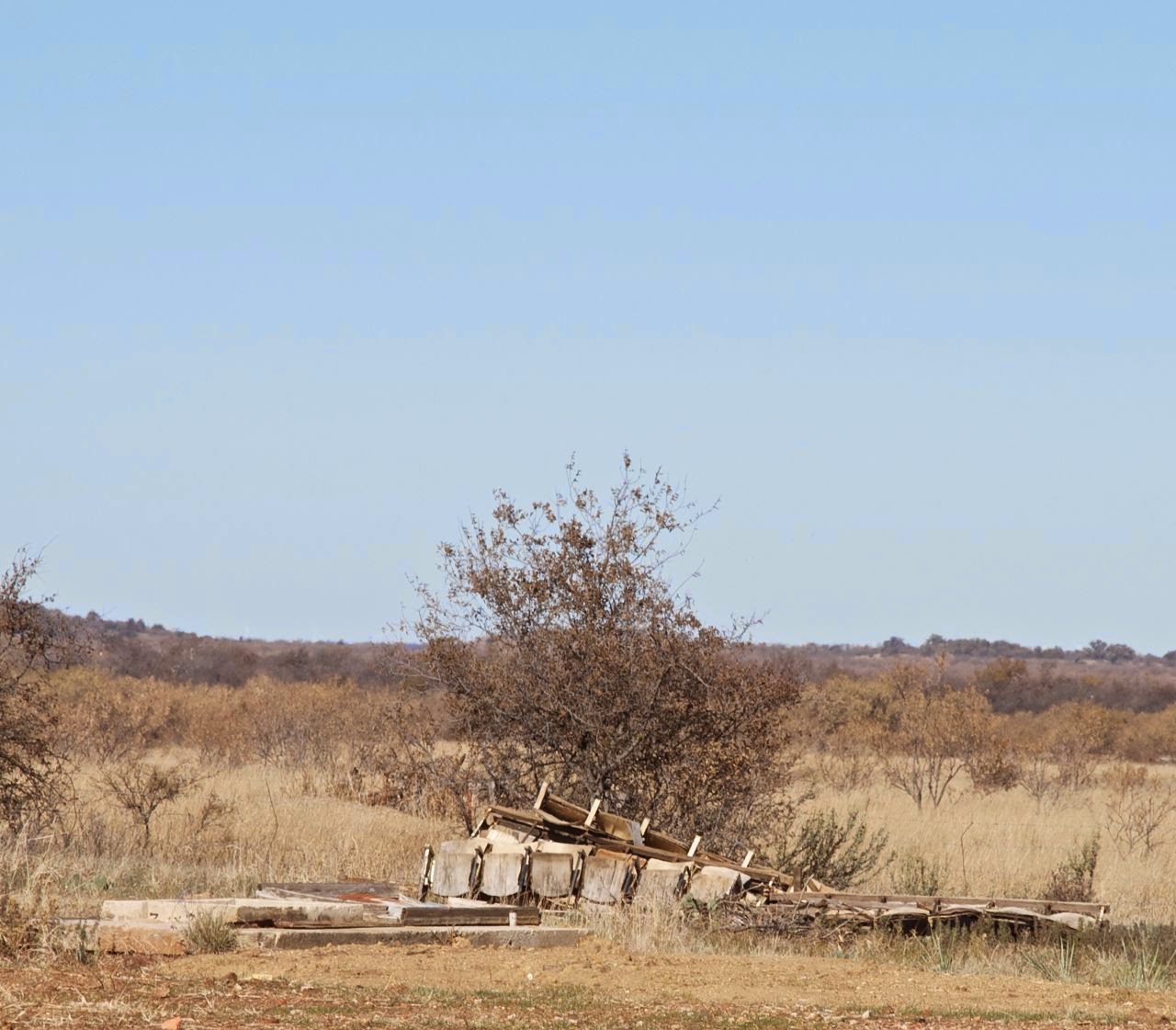 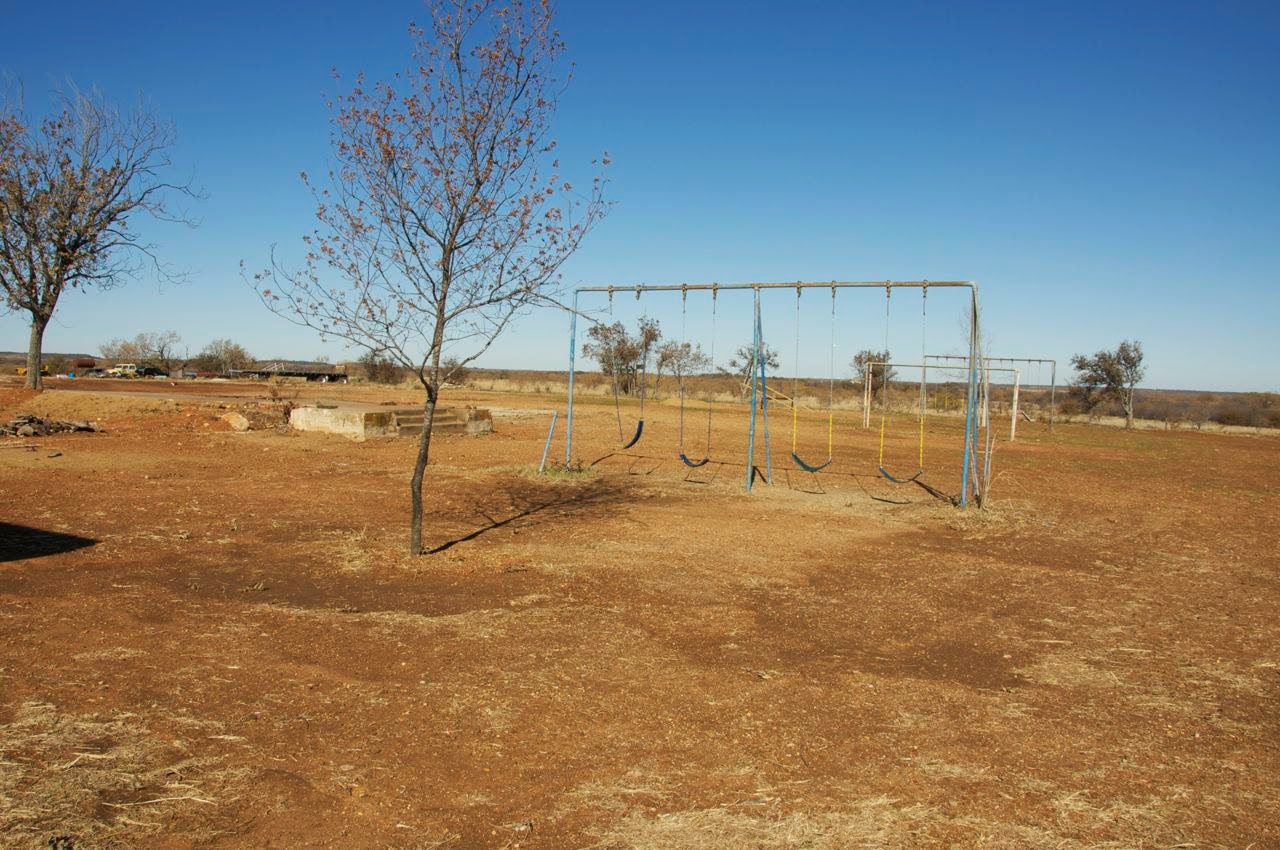 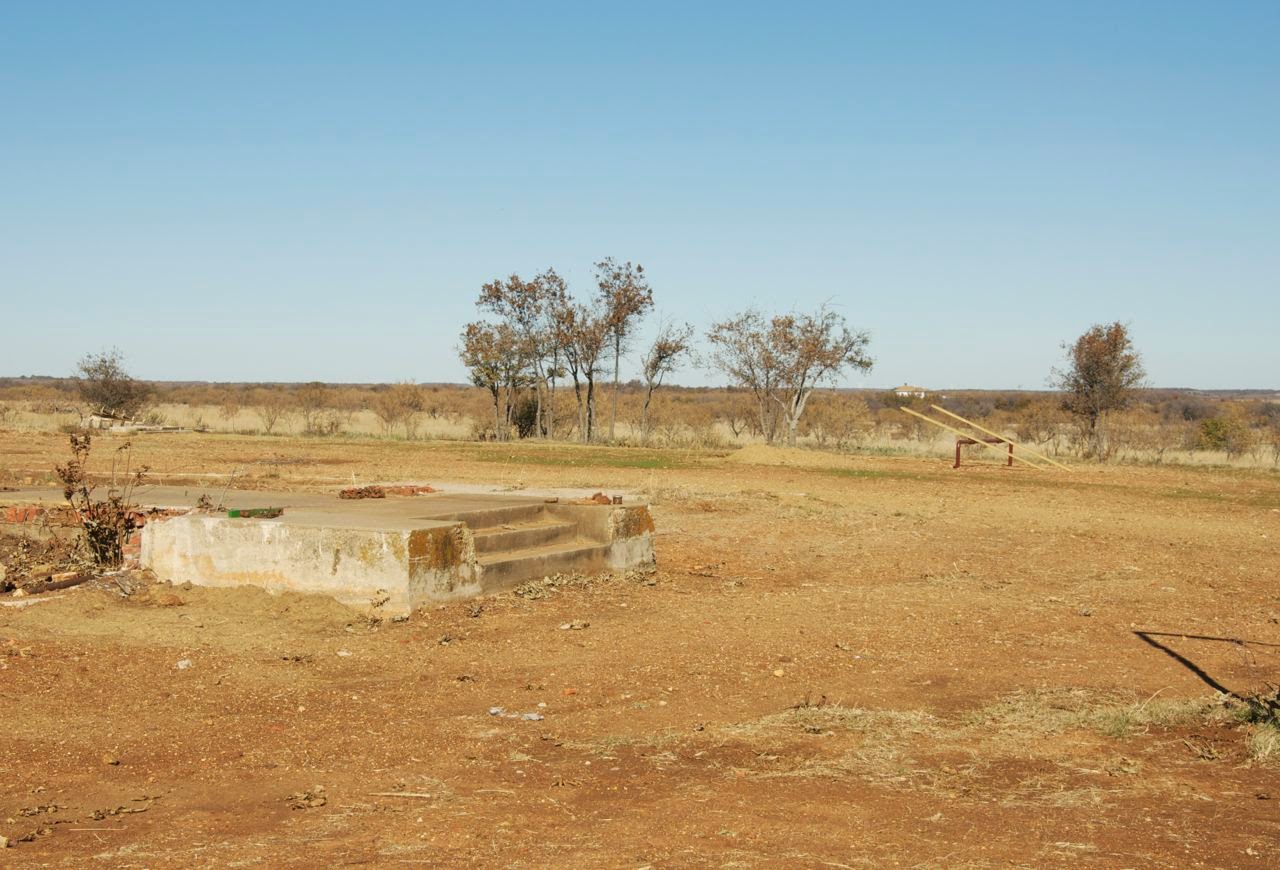 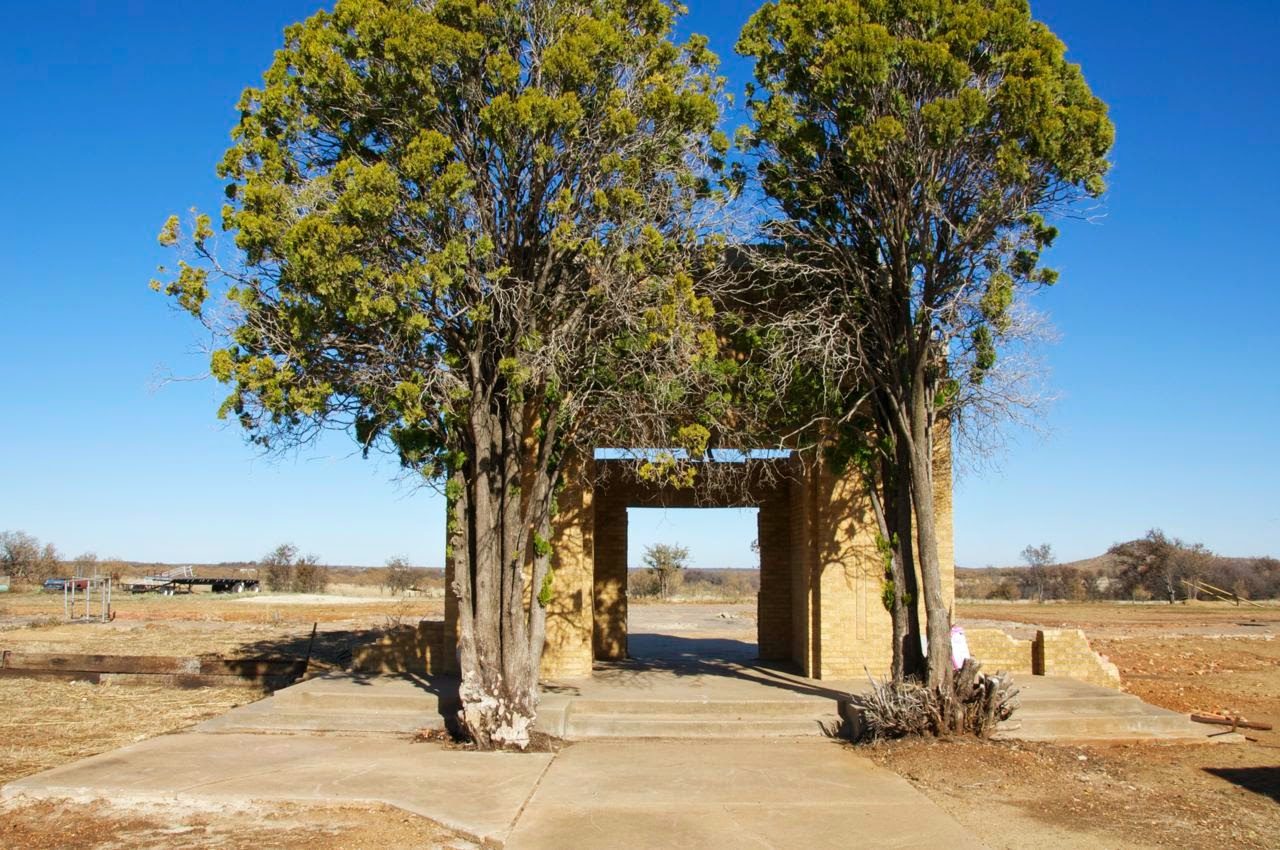 The Jermyn school eventually consolidated with nearby Bryson, which still operates a K-12 school.
Posted by Suzassippi at 11:25 AM

I hate when they demolish one of those old school buildings. The ones built prior to the 60s always had so much class and true interesting design to them. Going up a set of wide steps into an arched doorway has to be more interesting than going to school every day in a simple brick box (like I did.)

My 1939 PWA school was also an Art Deco beauty, though I don't think I appreciated it back then. :)