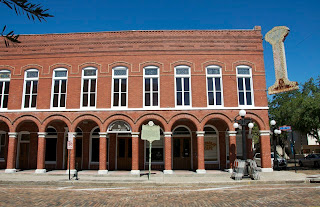 "The Passage" was constructed from 1886 to 1888 by Vicente Martinez Ybor, and in 1895 became the Cherokee Club--a gathering spot for the elite.  Architects M. Leo Elliot and B. C. Bonfoey are credited with designing the Italian Renaissance Men's Club in 1917 (AIA Tampa Bay).  Elliot was born in 1886 (Social Security Death Index), the year construction started on the building, so it seems safe to say that perhaps Elliot and Bonfoey did some type of remodeling or renovation in 1917.  El Pasaje originally served as the offices for Ybor's companies.  Ybor developed the concept for Ybor City after cigar factories moved to Tampa from Key West. 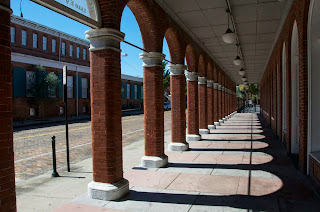 Located on the corner of Avenida Republica de Cuba and 9th Avenue, the imposing building is across the street from Ybor City's original cigar factory, and was the second brick building to be constructed in Ybor City. 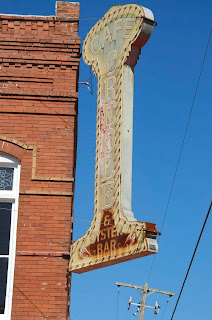 Over the years, several restaurants, a hotel, and other businesses have been located in the building.  Among the Cherokee Club's famous guests were Teddy Roosevelt, Grover Cleveland, and Winston Churchill. 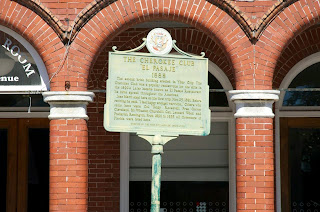 Original wrought iron balconies on the upper floor and iron finials on the roofline were removed sometime after the 1950s according to the NRHP nomination form for Ybor City Historic District (no author, no date).
Posted by Suzassippi at 7:57 AM