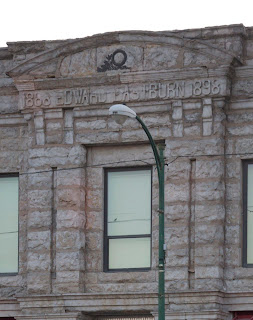 Edward Eastburn came to Jacksboro in 1870 from Pennsylvania "with a very small capital" (Jacksboro Gazette, August 30, 1900).  At his death in Philadelphia August 27, 1900, his estate was estimated at over $1 million.  Mr. Eastburn was the largest stockholder in the First National Bank of Jacksboro and the Merchants & Planters Bank of Sherman. 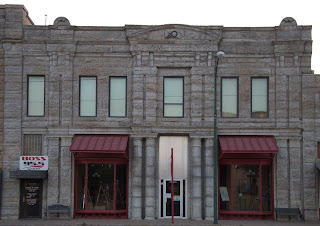 Jay C. Henry, Architecture in Texas 1895-1945, had this to say about the Eastburn Building:


...use of rusticated limestone conveys a harmonious ambience with the Richardsonian forms of the adjacent First National Bank and the classical details are suitably simplified in consonance with the soft stone out of which they are carved. 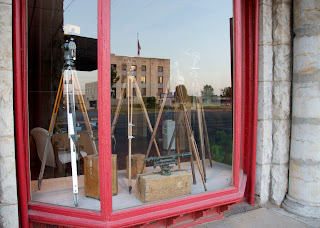 The building's current use is to house the surveyor's office, and perhaps a bit of nostalgia as well. 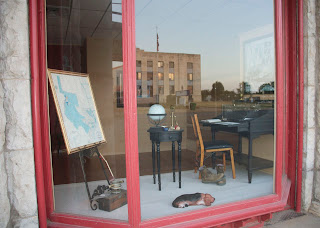 The Jack County courthouse is reflected in the large windows.
Posted by Suzassippi at 6:09 PM