Buildings on the Square: Jacksboro, Texas 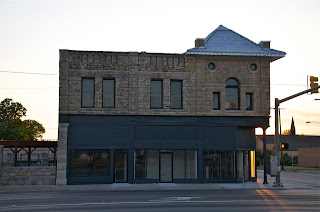 Without knowing the names of the buildings, it has been difficult to locate information on some of the historical buildings surrounding the Jacksboro square.  This building was apparently a pharmacy in the early 1900s, though, as the photo clearly indicates with the sign "drugs."  The 2004 photo shows how the building changed. 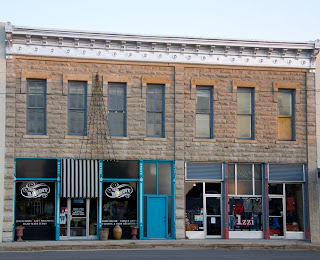 There are still a number of businesses in downtown Jacksboro, and has been pointed out by others, an absence of the "big box" stores that can devastate local economies.  I recall a former colleague once talking about a small town in Texas and the story of "Walmart: the corporation that killed a town twice."  It seems that when Walmart put in a store, the smaller locally owned businesses that had operated successfully could no longer compete and closed.  Then Walmart could not make the level of profit they thought necessary, and closed the store.  Apparently, Jacksboro recognized the importance of locally owned businesses who are invested in their community. 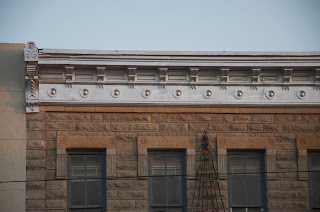 From the Texas Escapes magazine about the architecture of the downtown buildings: Jacksboro's square today shows that architects made an effort toward uniformity.  Professor Henry, author of Architecture in Texas 1895-1945 uses the term "harmonious ambiance" to describe Jacksboro's blending of facades. 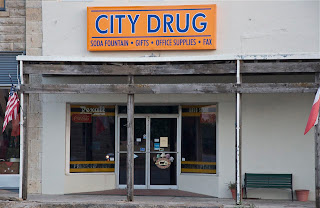 The City Drug has been owned and operated by pharmacist Ralph Hammond, and his brother Rod, since 1960.  The drug store includes a 12-stool fountain and 6 wooden booths. 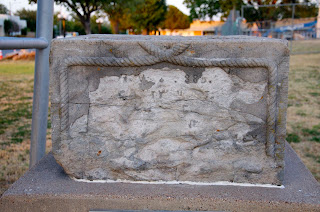 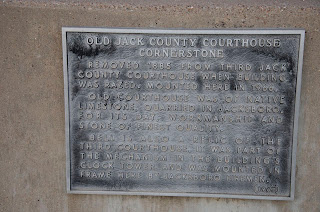 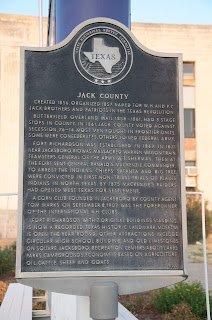 Still a few more posts on this charming and historic Texas town to come!  My appetite is whetted to make a day visit on my next trip, and visit inside these buildings.  I even have the offer of a tour of the renovations of the courthouse.
Posted by Suzassippi at 10:56 AM