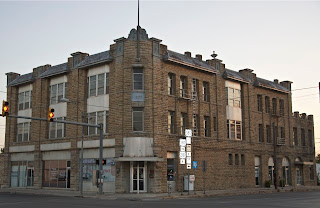 Hickman Hensley (1872-1932) was one of the three sons of John Hensley.  John moved to Jack County from Tennessee and was among the first of the early settlers, according to the History and Biographical Record of North and West Texas, published in 1906.  This building was the Fort Richardson Hotel, built by H J Hensley and L A Wilson in 1899.  The 1911 Jacksboro phone book lists the HJ Hensley home, ranch, and the Hensley Brothers Light and Ice Company, a Hensley-Johnson realty company, and a Hensley Meat Market. 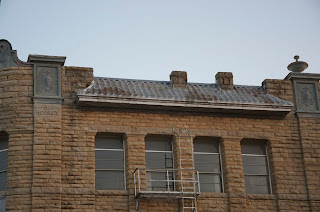 Hickman Hensley was identified as interested and involved in the growth and development of the county, and his name appeared frequently in the Addington Journal, a newspaper from Stephens County, Oklahoma.  Mr. Hensley apparently traveled between Jacksboro and Addington on a regular basis. 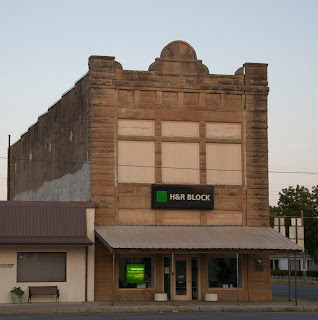 The Hess Building was built by Crummel Oric Hess in 1898 to house his furniture store and undertaking business.  Hess was one of the first licensed embalmers in the area, and helped organize the Jacksboro National Bank.  Hess also had the first long distance telephone in the area. 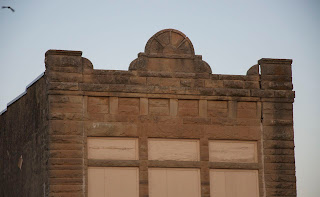 This building, like many of the historical buildings in Jacksboro, is made from native sandstone.
Posted by Suzassippi at 10:42 AM