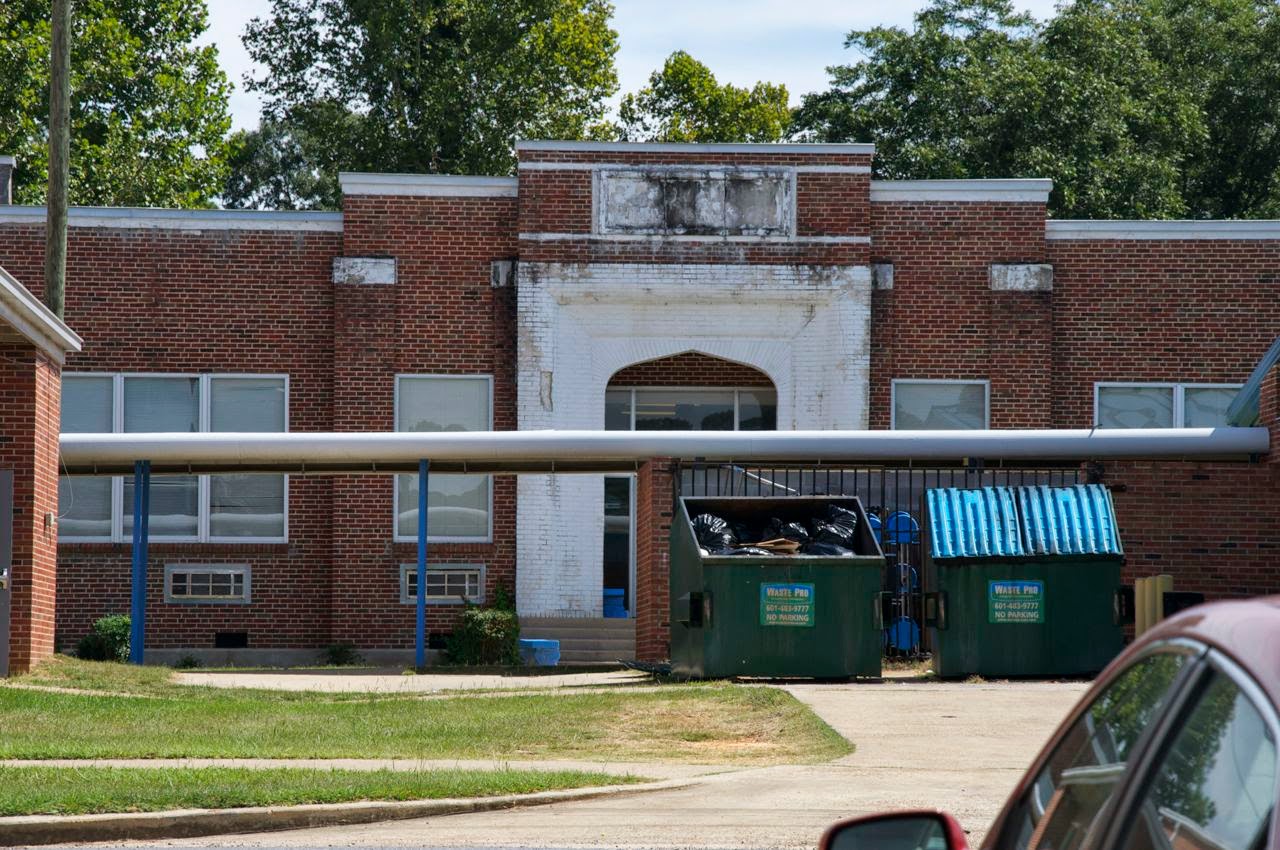 Sometimes, I have one of those "what were they thinking?" moments.  Like the day I finally located the 1936 DeKalb high school building--no easy thing to do.  R. C. Springer, who was the architect for the 1940 WPA Lynville school just up the road also designed the DeKalb school (Mississippi Department of Archives and History, Historic Resources Inventory).  If it was not annoying enough a covered arcade was erected in front of the building (and, hey, I can understand the need to protect children from the rain while walking between buildings), did they really have to locate two giant dumpsters right in front of the door?

So, here is this lovely venerable building, quite possibly a New Deal construction, with garbage bins blocking its face.  Rodney Dangerfield is not the only one who gets no respect.

The newspaper archives have so far revealed nothing about the school's construction.  The gymnasium for DeKalb was constructed by the National Youth Administration in 1938, and the vocational building, also built in 1936, give clues that the WPA might have been involved in construction. 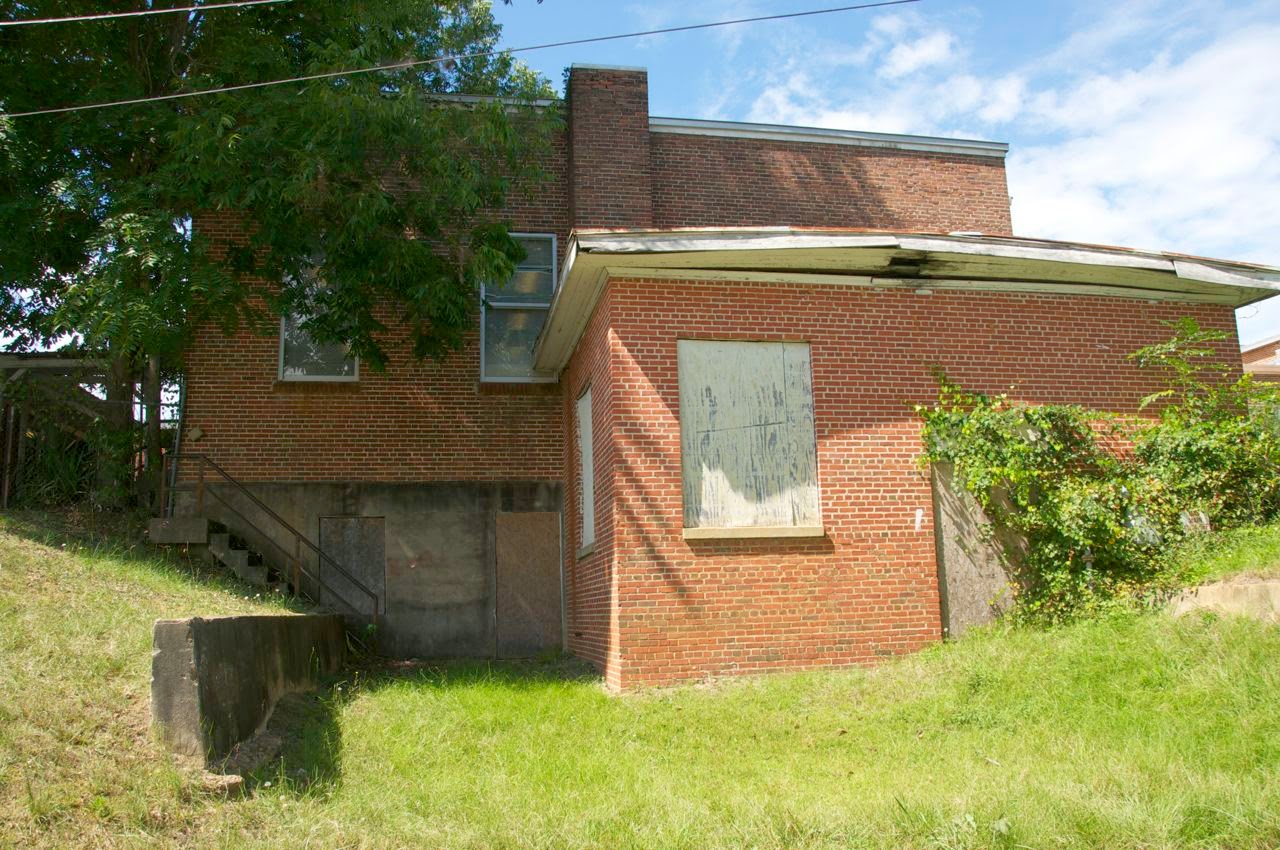 One might not realize the rear of the building as belonging to the school, unless you look at the perspective from google aerial maps.  It clearly shows the two rear wings of the one-story school, that jut out over the hill behind the school.

Posted by Suzassippi at 8:17 AM

Kinda like the old school in Brooksville. Hard to get a good picture with the podunk strip mall in front of it.

I was actually trying to find something in Brooksville this trip, but ran out of time and energy. Maybe next trip--and I will have to be sure and get the school, as framed by a strip mall. :)