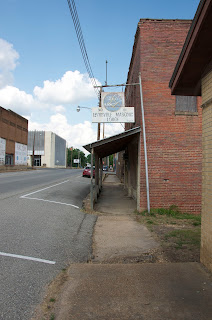 With the similarity in style and design to the Tripplett Building across the street, in the absence of any definitive information, I am going to call the Masonic Lodge building circa 1915 as well. 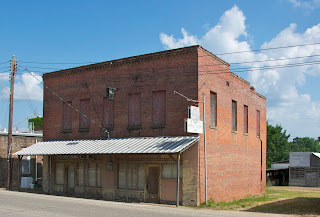 The building is strikingly similar in style, only somewhat larger.  Often, the lower floor was used for some type of business and the upper floor was the lodge.  The World's Masonic Register, 1960 lists the Lewsisville lodge as subordinate lodge no. 14, and J. M. Montgomery as master.  There were no noted meeting dates or times. 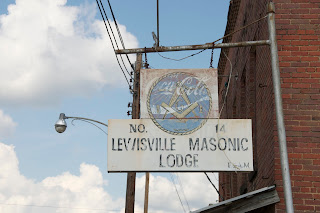 The sign has done double-duty advertising Coke as well as the Lodge.  During the early years, there were a number of businesses, including grocery stores and drug stores, so this building may have seen other activity prior to being used for the lodge. 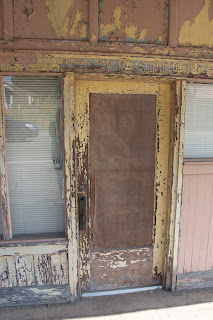 I liked the wooden detail on the exterior, and the latch handle. 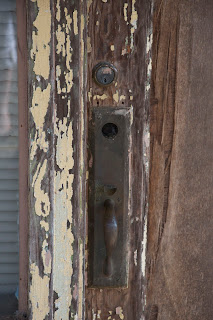 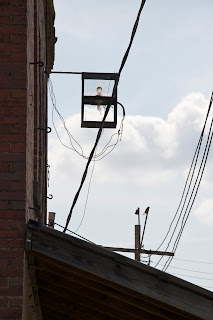 This light fixture most likely had some type of glass panels in them originally, and may or may not have had a painted design.  Some fraternal lodge buildings had lights with symbols or the letters of the organization, and others did not.
Posted by Suzassippi at 12:54 PM