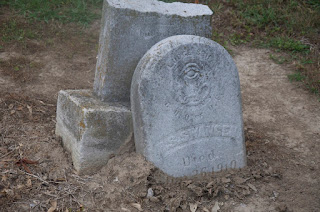 One such organization was the Grand United Order of Odd Fellows, to which I was introduced by Blake Wintory from Lakeview Plantation in Arkansas (see the blog here).  This tombstone illustrates the three interlocking rings that were part of the GUOOF design, with the "all-seeing" eye above the rings. 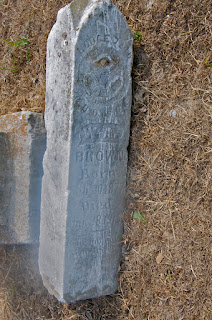 Another early version of the GUOOF marker is illustrated in this obelisk marker, with the same design of eye and interlocking ovals. 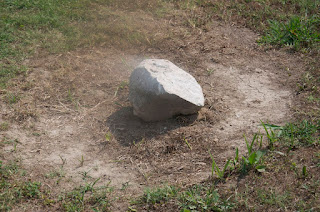 Early graves of African Americans were frequently marked only with fieldstones, or with homemade concrete markers.  This was one of many graves we discovered that was marked only with a stone. 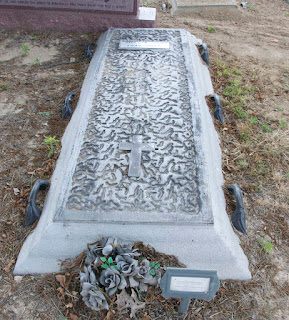 Many graves were marked by a slab of concrete over the grave.  Some had impressed decorations on the slab, such as the one above, and a type of handle on the side of the slab. 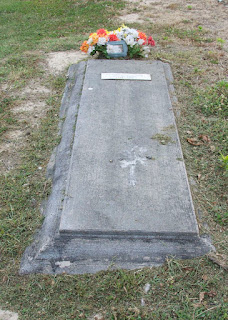 Others were plain, and all were generally marked with a small metal marker indicating on the name of the deceased. 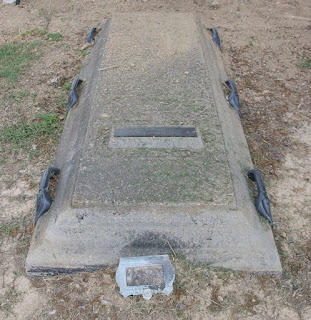 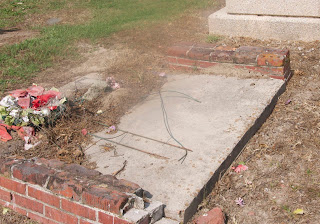 In some instances, the name was etched into the wet cement by hand, and no other marker was present. Curbing was often placed around older graves as well.
Posted by Suzassippi at 3:58 PM

There's something very sad about that photo of a grave marked simply by a field stone. It's like an eternal reminder that here lies a person who finished life with very little to their name, and even their name has been lost to this world.

We all found it very emotional at the number marked by stones, or metal stakes.