Who is making a movie in Atlanta?

After registration this morning, I went to get brunch before the afternoon sessions began.  I had decided that the Midtown stop on the MARTA was probably the intersection where I had found all the neat cafes and shops before, when I had walked up Peachtree, and I was right.  I had a terrific Huevos Avocado, which was their version of Eggs Benedict, and some delicious oven-roasted potatoes.  Before heading back to the conference, I decided to take a short walk around the block. 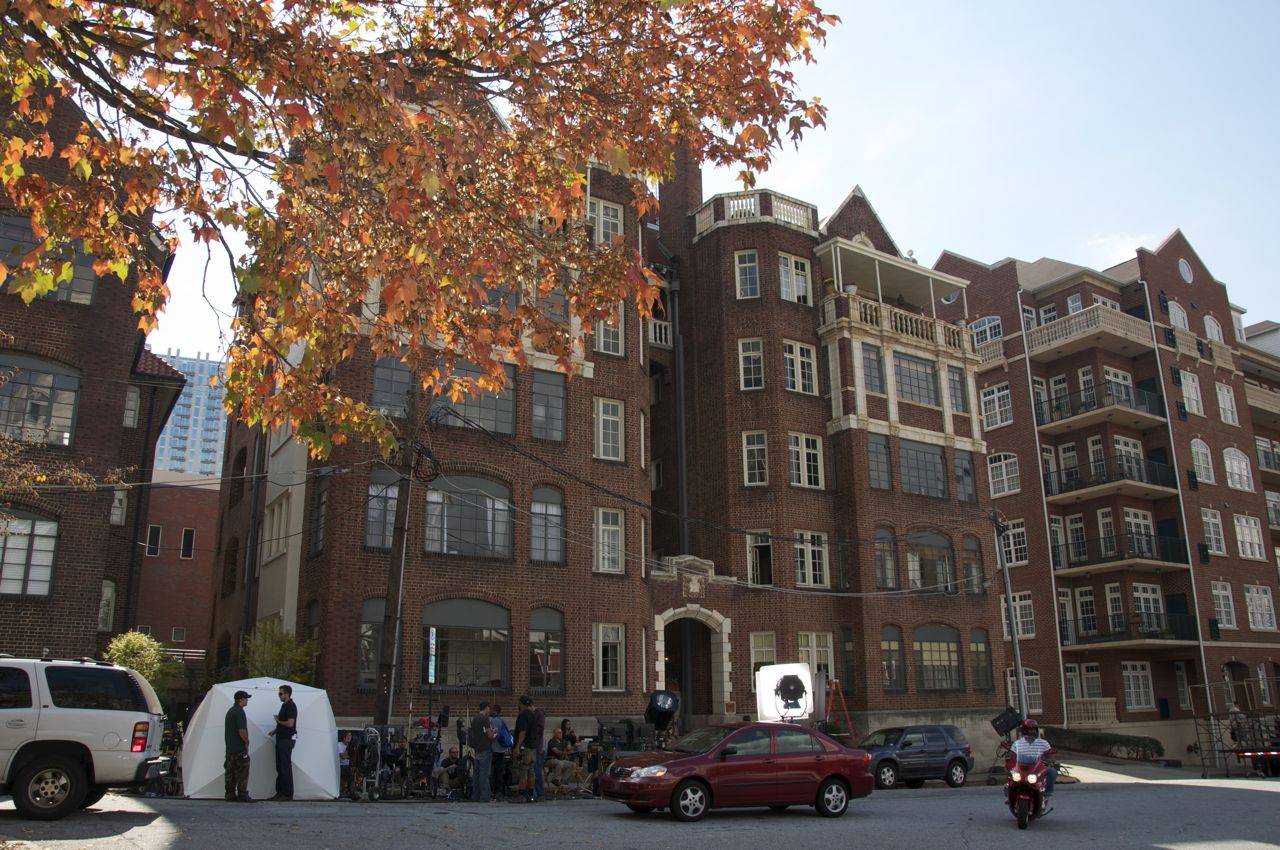 My first clue they were filming was all the lights, trucks, people in black, and equipment all over the sidewalk and I had to walk in the street.  I loved this beautiful old building, which was obviously in some sort of starring role in the film.  They were prepping the building, doing something to windows and the arch over the door. 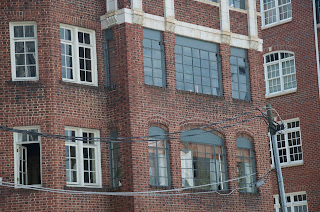 A workman was taping black plastic over some of the windows, and some guy was pasting fake Washington DC tags on cars parked on the street.  Okay, is that a clue that the movie is supposed to be taking place in DC, or that a whole lot of folks from DC are visiting in Atlanta?  A search of the Internet shows Ashton Kutcher (my not favorite actor, and in fact, don't even like anything he does actor) is filming a movie in which he plays a CIA agent, so perhaps we are supposed to believe this is DC? 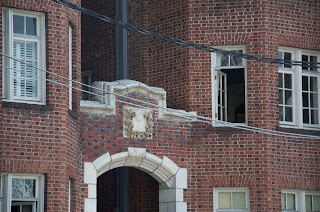 Whatever they are doing with it, I still thought it was a great building.  Unfortunately, due to movie magic, I don't know where or what this building is, though from the area, I would say apartments.  It is near the Georgia Tech campus, but appears to be a pretty pricey neighborhood. 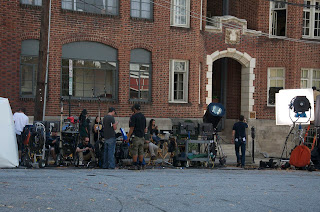 Whatever was going on, was not going on anytime soon.  I returned to the conference and guess who is staying at the Marriott downtown?  Steven Baldwin.  Maybe it is his movie...or maybe he is just here in solidarity with the striking union carpenters across the street from the Marriott who are upset that Atlanta is hiring sub-minimum wage workers.

We attended the opening plenary tonight, which used to be somebody famous giving a speech.  Tonight, they awarded 2 lifetime service awards to social work educators, introduced and thanked about a hundred people or so, and then served a carnivore's buffet in honor of the retirement of the President of CSWE, Julia Watkins.  I am not that much of a meat eater, and was really tired, so had one little brisket biscuit and then headed back to the Artmore, my favorite home in Atlanta.

We had just reached the top of the escalator in the Marriott, me with my cane in one hand, and my skirt in the other to keep it from getting tangled in the steps, when an employee suddenly comes charging up the steps shouting to keep going, and pushed me right into the people in front of me.  I realize she was trying to clear the bottleneck of folks getting off the escalator, but her shove caused my cane to get tangled with my feet and I stumbled and had nothing to grab.  I turned around and told her to hold it back or I would be in the floor in a minute; her response was to shout "keep moving; keep moving."  Now there is another good reason not to be spending my money to sleep in the Marriott.  Here at the Artmore, they open the door for me, and tell me to have a nice night, and by the way, do I need any help with anything?

I will say that an annoying as it is to be unable to walk without assistance these days, and to see people jauntily and briskly walking all over--quite taking it for granted as I used to--it does have its occasional perks.  Like getting on the MARTA and the young man sitting in the "Reserved for Disabled" seat immediately stands up so I can sit.  Personally, I'd rather be able to walk unassisted, and stand for a couple of miles on the subway, but since I can't, I thanked him and sat down.