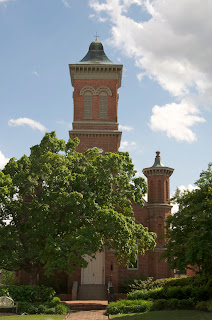 First Presbyterian was founded in 1837.  This building was constructed in 1881 in the Romanesque Revival style, popular with both Methodist and Presbyterian churches during the late 1800s. 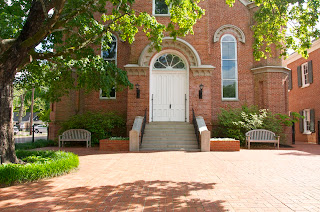 Cawthon described it as: 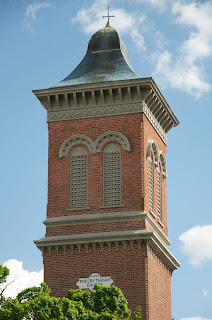 The Mississippi landmark in front of the church identifies it as founded by early settlers of Scottish descent.  My mother's family were also from Scotland, and came to the US to escape religious persecution during the conflicts between the Protestants and the Catholics.  They settled in Texas, however, where many Scottish were stonemasons and built many of the historic buildings in the area in which I grew up.  Our family were storekeepers, farmers, preachers, and teachers, so it is highly unlikely they ever were involved in building something as fine as First Presbyterian. 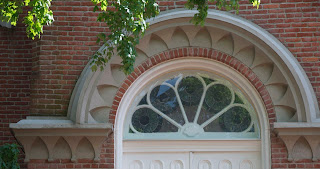 The Mississippi Landmark designation is the highest form of recognition bestowed on properties by the state of Mississippi and offers the fullest protection against changes that might alter a property’s historic character. Publicly owned properties that are determined to be historically or architecturally significant may be considered for designation. (MDAH website)