Traveling through Leland last week, we turned off the highway to locate a blues trail marker.  What we found was something far more exciting: this school designed by N. W. Overstreet and A. H. Town.  It was constructed in 1935 as part of the Federal Emergency Administration of Public Works.  FEAPW was part of Roosevelt's New Deal, and was headed by Secretary of the Interior Harold L. Ickes.  It was renamed the Public Works Administration in 1939.  PWA should not be confused with WPA, the Works Progress Administration, headed by Harry Hopkins.  PWA was involved in projects on a larger scale than the WPA projects.

This building complex illustrates the simplicity of the Modern movement that evolved during the Great Depression. 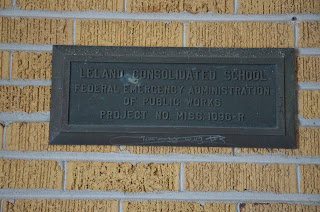 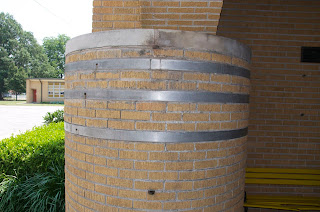 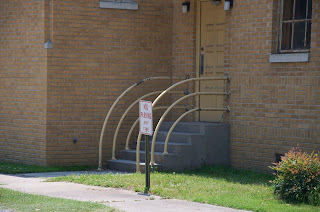 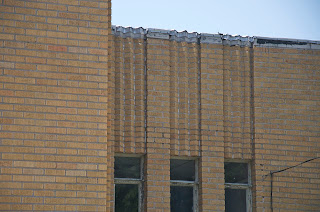 The auditorium was constructed in 1936.

See Jennifer Baughn's extensive photographs, including the interior, at the MDAH site.
Posted by Suzassippi at 10:21 AM