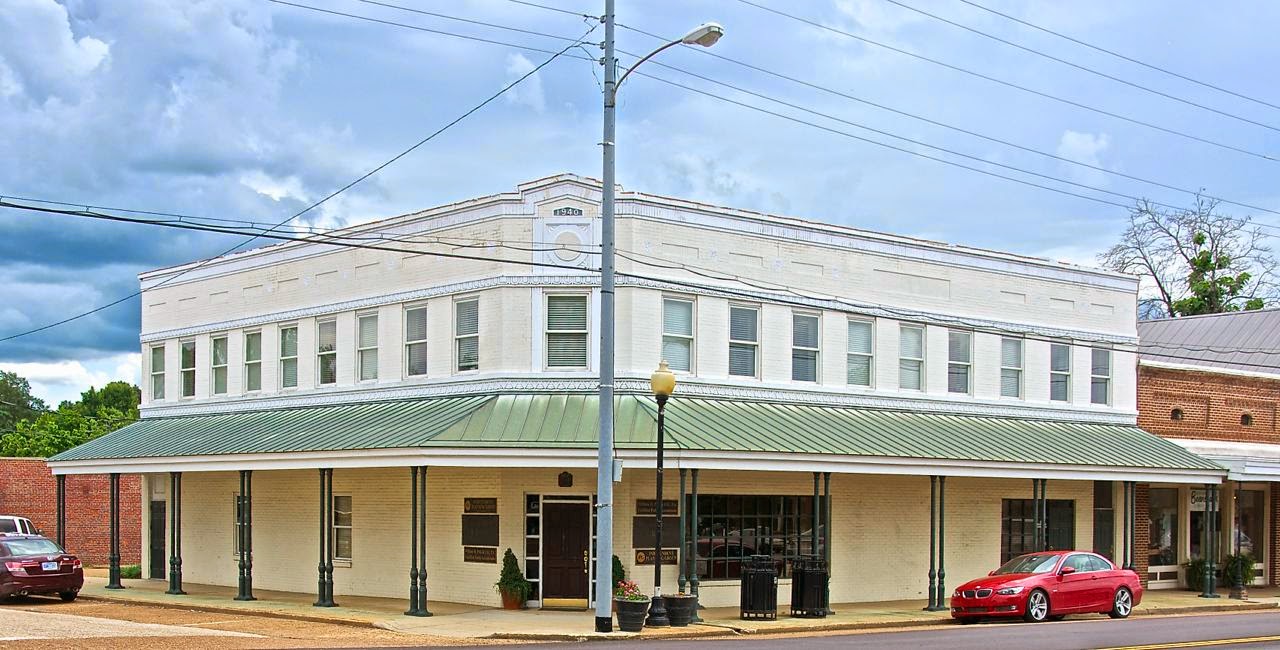 The 1940 Art Deco commercial building on the corner of Highway 51 South and Center Street in Hernando is part of the historic Hernando Courthouse Square district (Opager, Stamm, & Wise, 1997, National Register of Historic Places nomination form).  It has seen some remodeling through the years, with replacement windows and doors.  The building still showcases some nice features, though, and in particular,


...the chamfered entrance is the most ornate portion of the building. (Opager, et al.) 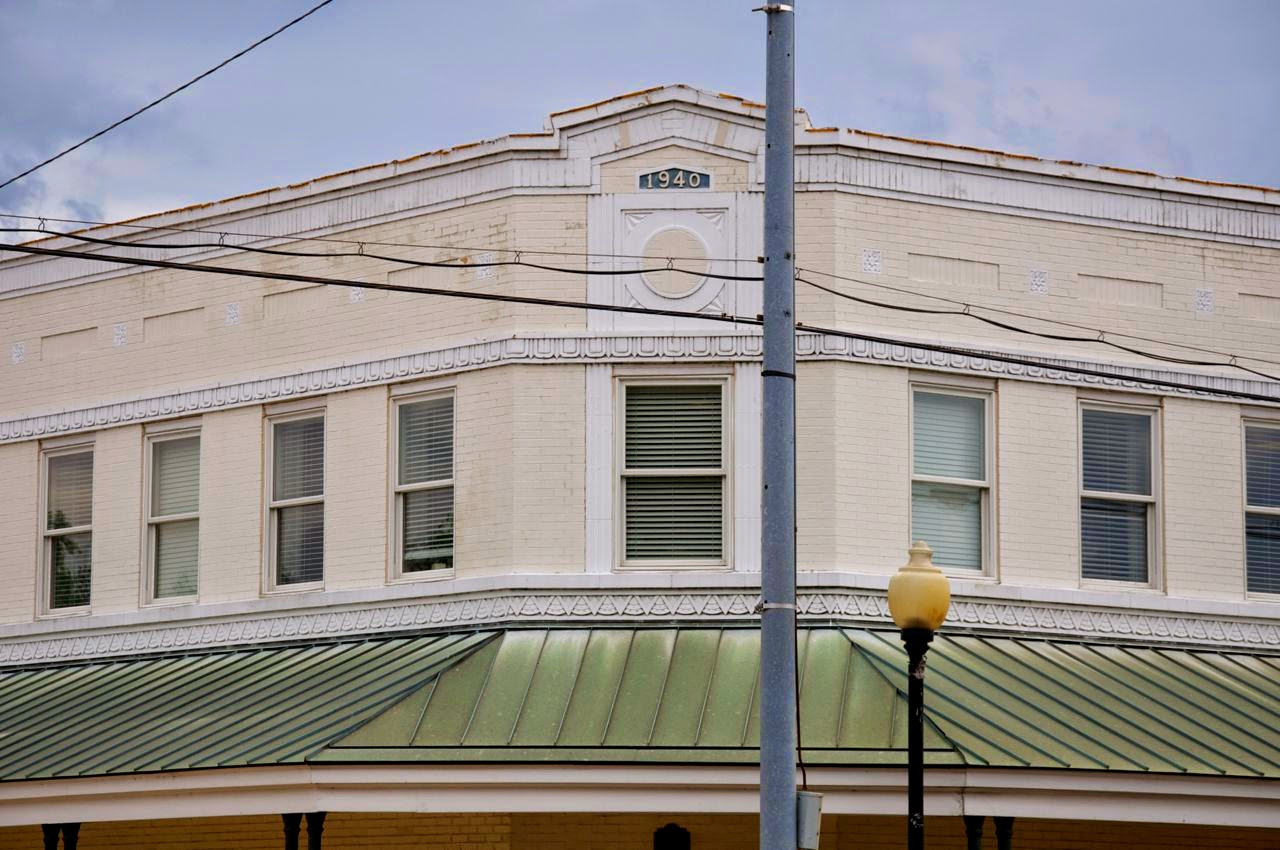 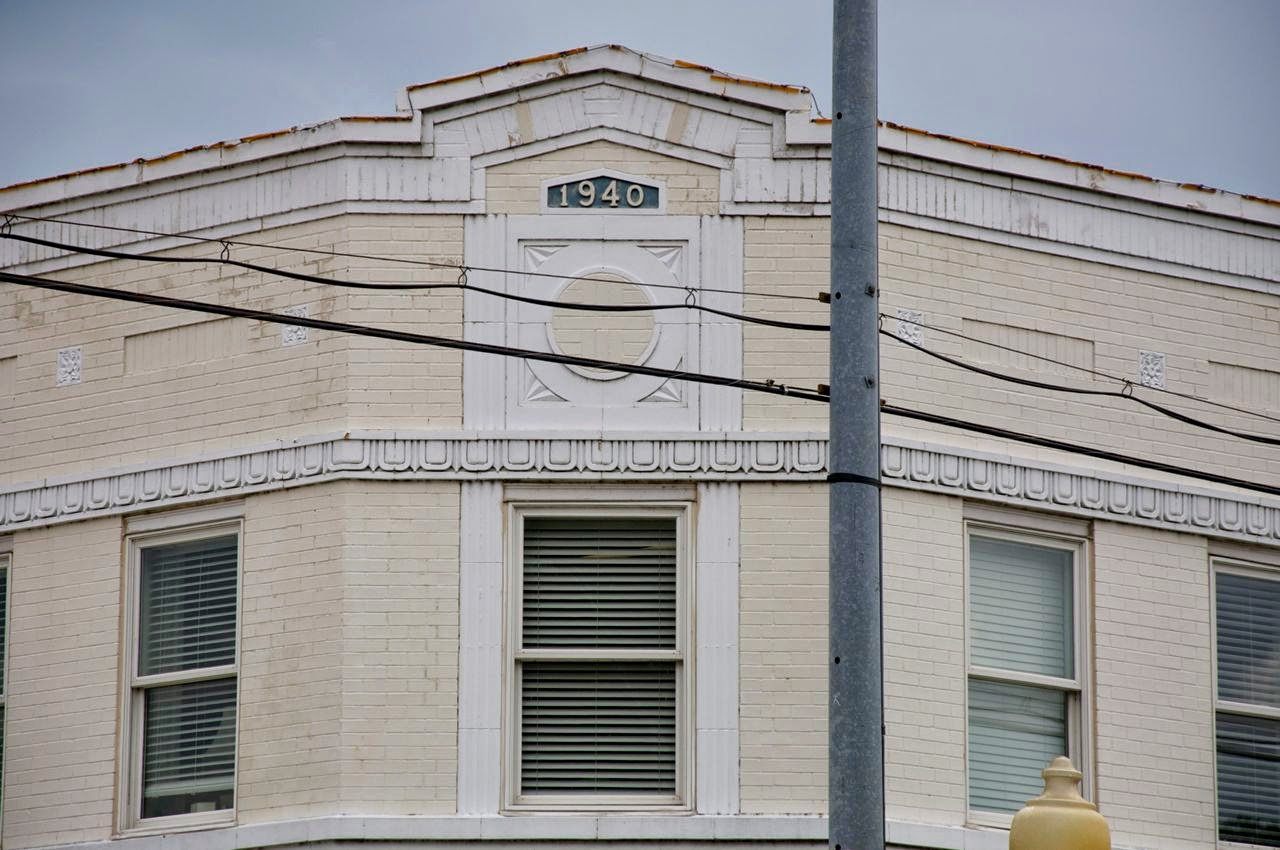 
...has reed column surrounds and topped with a brick inlay medallion with broken arch decorations and the inscription '1940'..second story is topped with another stringcourse, then a row of corner blocks with organic motifs and recessed brick patternwork...plain entablature tops the building. 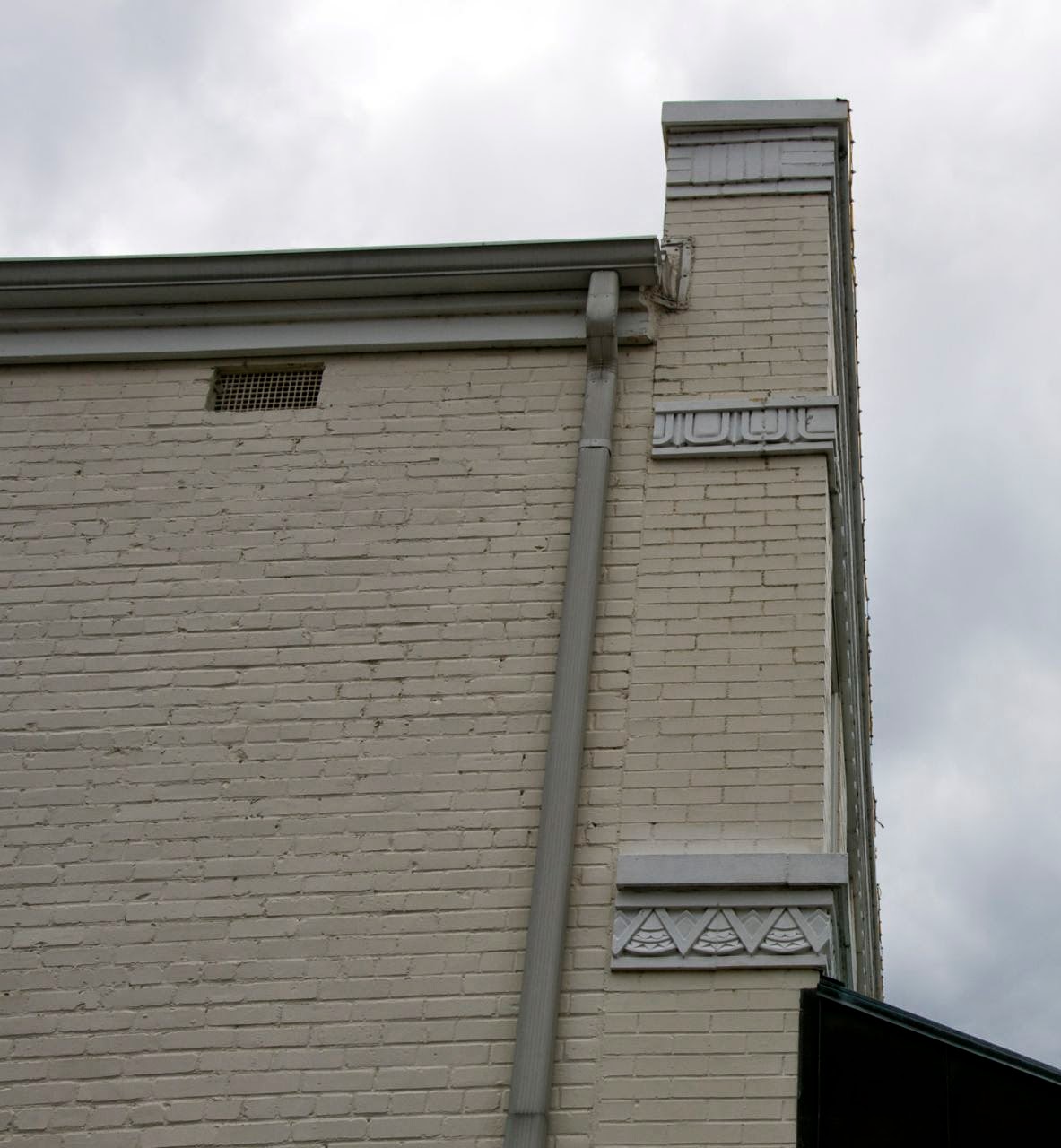 I wonder what it looked like before they messed with those windows and doors?
Posted by Suzassippi at 3:50 PM