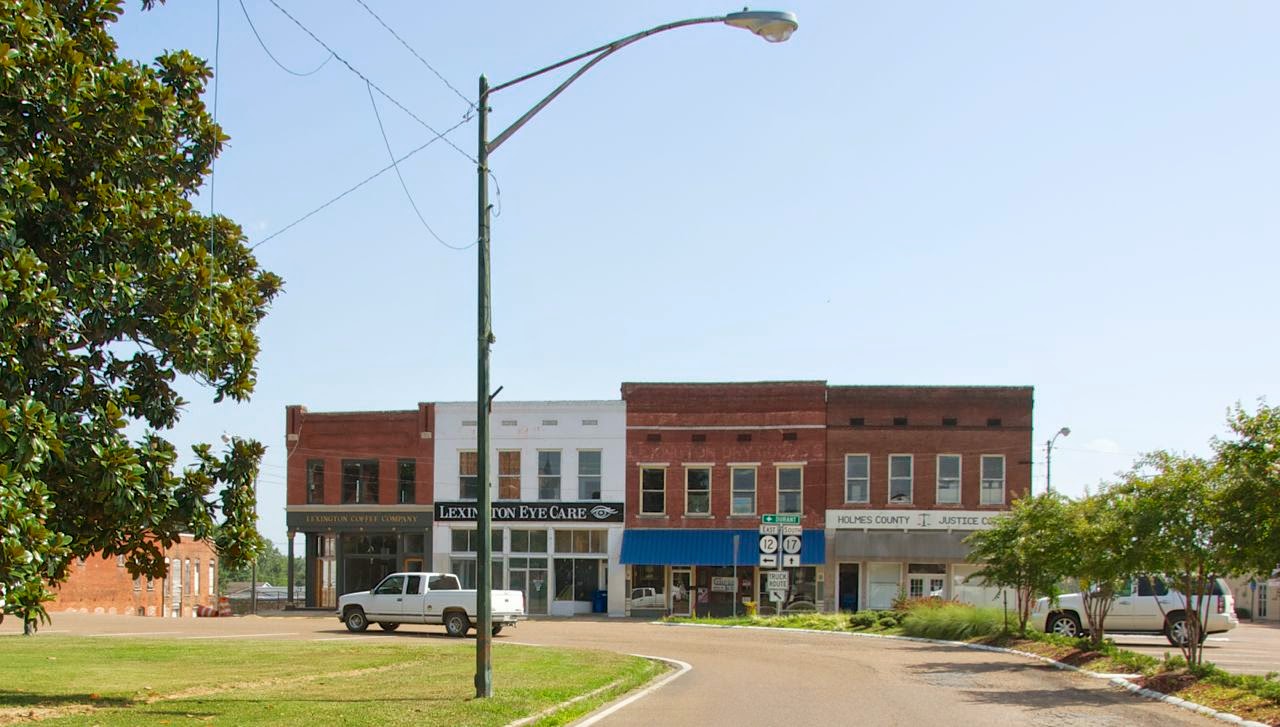 The Lexington courthouse square is laid out in the "Four-block square" plan as shown in Price, Edward T. "The Central Courthouse Square in the American County Seat." Common Places: Readings in American Vernacular Architecture. (Upton, Dell, and John Michael Vlach, eds. Athens, GA: University of Georgia Press), p. 125. This configuration has four streets bounding the square itself with four more streets bisecting the blocks and intersecting with the center portion of the square on all four sides the courthouse itself is placed on axis with the streets that are centered on the square. This creates rectangular, rather than square, city blocks with short sides facing the square and long sides leading away from the square. (Baughn, J. V. O., 2000, Nomination form for the National Register of Historic Places, "Lexington Historic District")

When I began this post, my intentions were solely on the architecture.  I had no intention of going to Lexington that day, it just happened to be between me and Greenwood, my destination.  However, when I drove into town and saw the courthouse looming in the distance, I knew I would be making a stop. 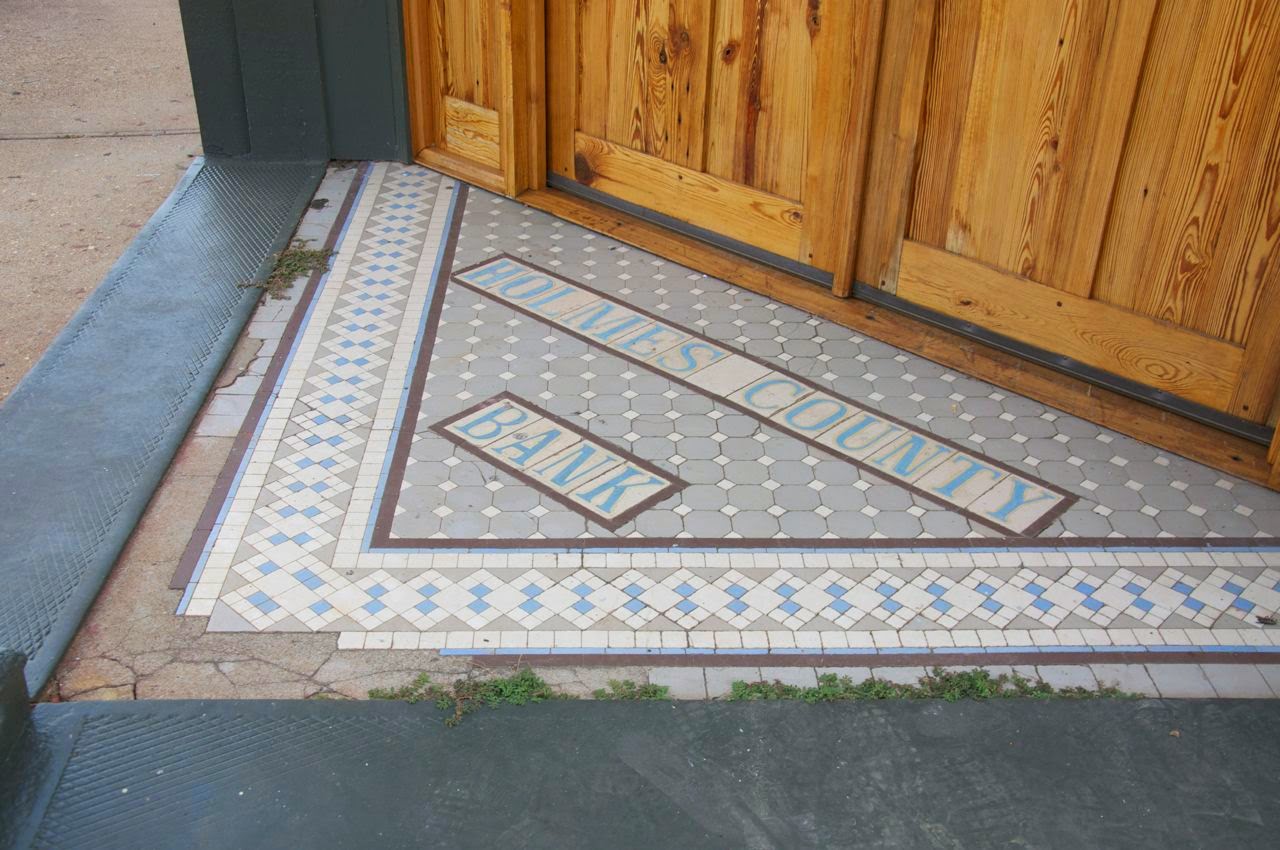 The bank building dates to around 1900, but the Holmes County Bank only dates to 1932 according to the current website.  Morris Lewis immigrated to the US from Poland in 1882 when he was nine.  He moved to Lexington, Mississippi at the age of 17, and in 1896, organized the Lewis Grocery Company (The Delta Democrat-Times, 27 December 1957, p. 1).  He organized the Merchants and Farmers Bank and Trust Co. in Lexington, would became the Holmes County Bank and Trust Co.

And I told them it didn't make any difference because we wanted--I said, 'People, some blacks, have they money there, too.'  And they didn't have any black people working there as employees.  And I said, 'And I don't see any difference.  If he's not hiring any blacks, why not march against him, too?'  So, I did.  And go back into their home the next day and work.


Read the rest of the oral history with Bea Jenkins.

Lexington made history for another reason, too--taking on the tobacco industry.
Posted by Suzassippi at 12:38 PM

I enjoyed reading Bea's oral history. Reminded me a little of the oral histories we did in Abilene.

Interesting read about the tobacco industry as well!

It was a good read, wasn't it?