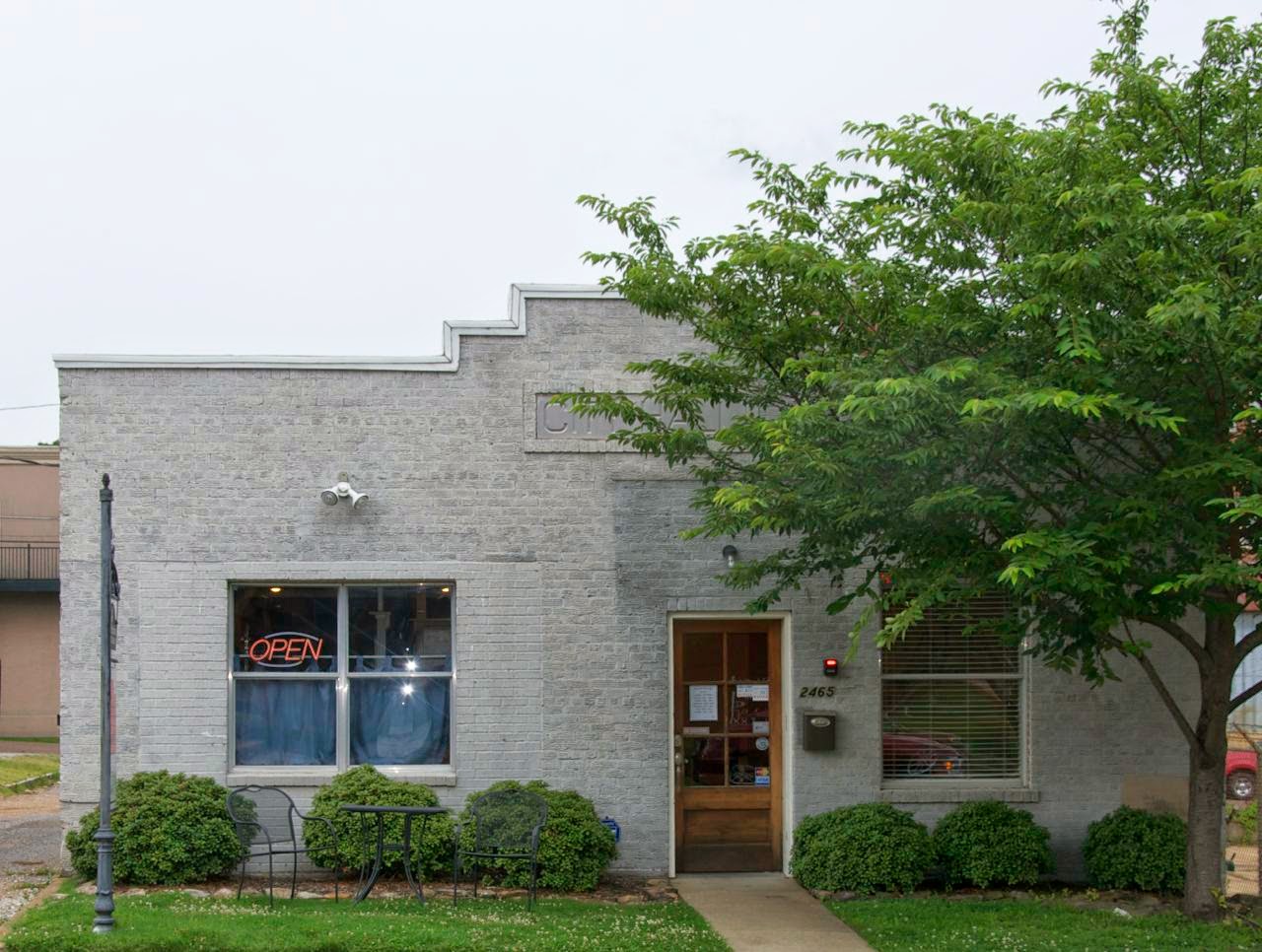 The "...former city hall housed a fire truck, jail cell, and vault when it was built in 1941..." (Crum, M. June 1, 2009. "Hernando Main Street Chamber of Commerce relocating." The Commercial Appeal.)  And that, as Forest Gump said, is all I have to say about that.  And, it is apparently all anyone has to say about the simple building that served as Hernando's City Hall until 1979 when the new City Hall complex was built (Mississippi Department of Archives and History, Historic Resources Inventory).

The building currently houses City Hall Cheesecake--the kind you eat.  Devoid of design except for a simple stepped parapet wall, the gray-painted brick building has remained in use since its government days were over. 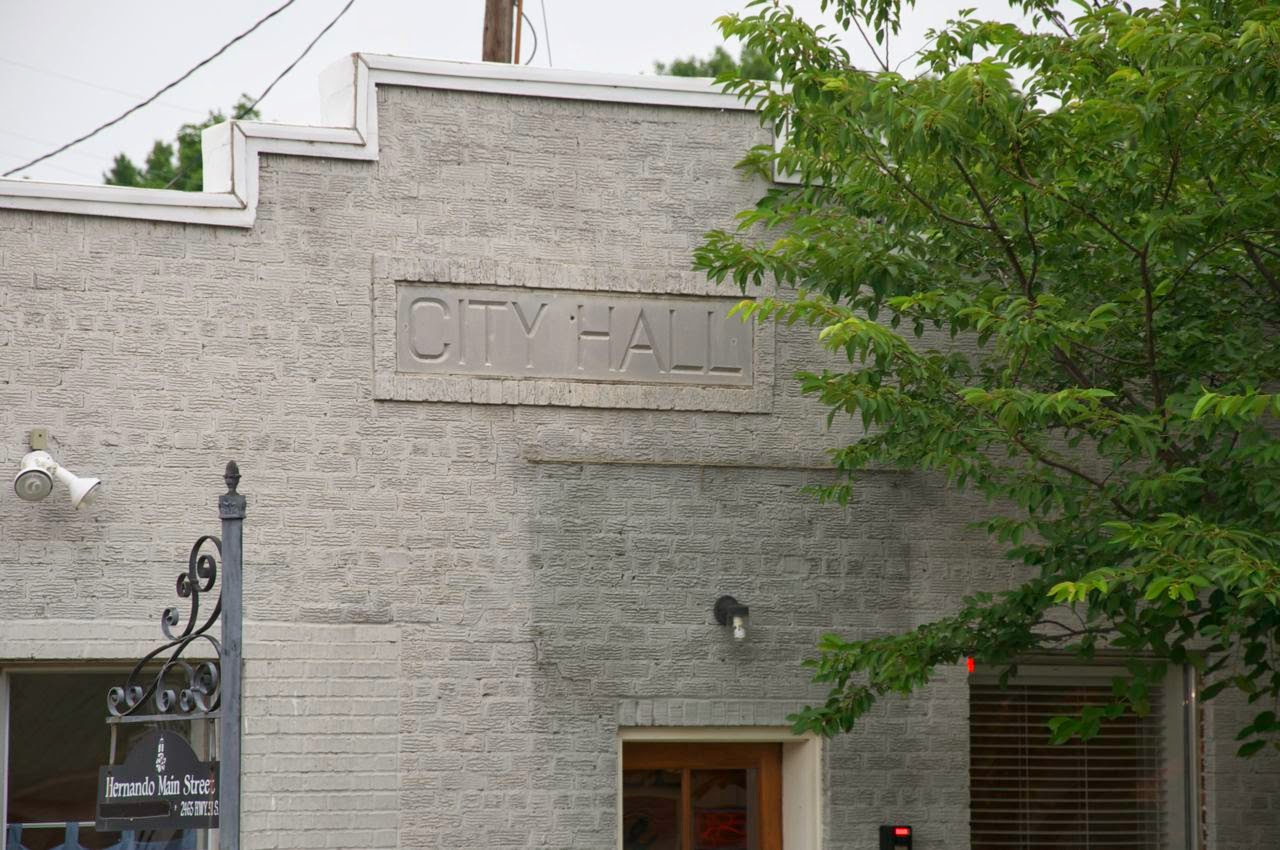 The front window has been remodeled as evidenced by the change in brick, and some windows on the side have been enclosed. 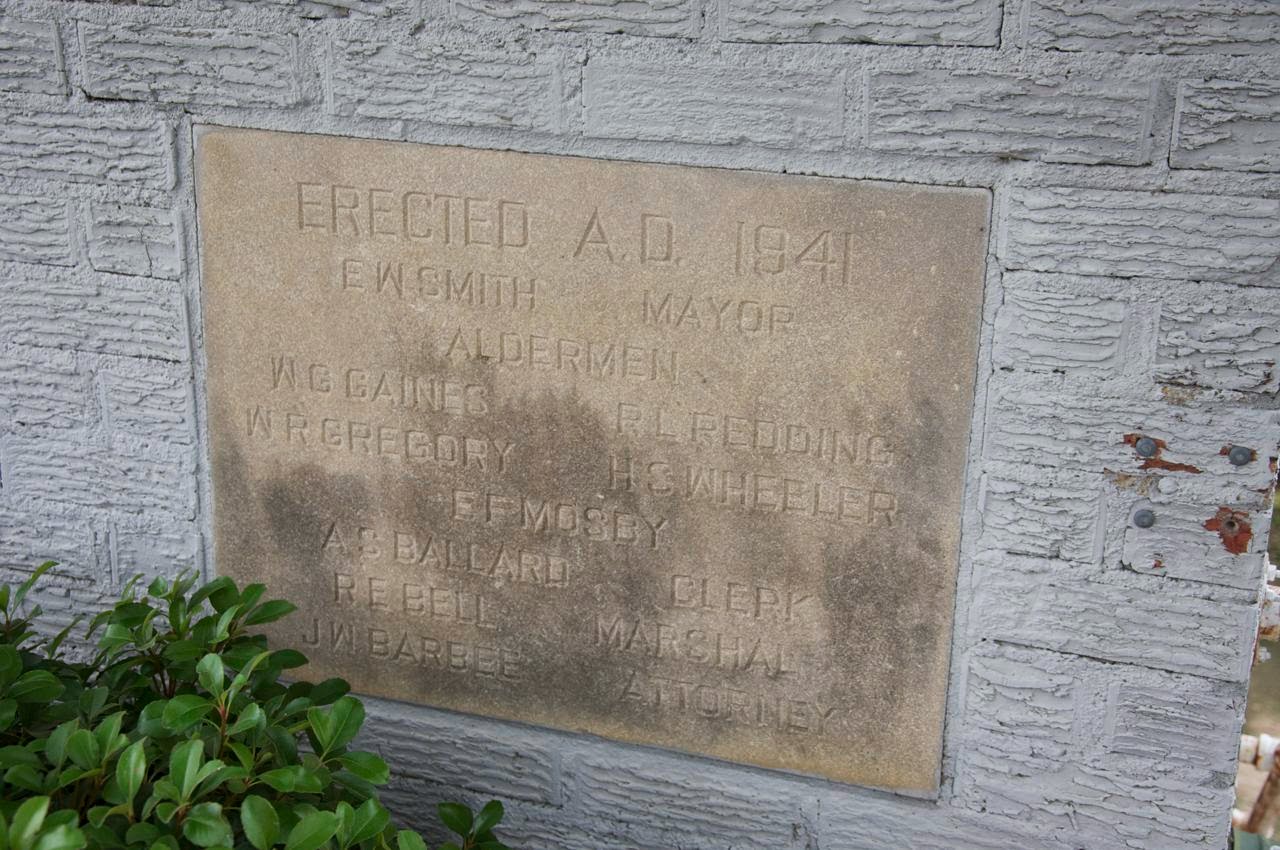 Of course, when I saw the cornerstone from 1941, and a city hall, and a simple building, ya'll know I was thinking perhaps an undocumented New Deal building.  So far, no evidence exists to that effect and I have exhausted my search of newspaper archives for now.  Sometimes, after a break, I search with slightly different terms and can unearth something, but this one evades me for now.  After all, it took over a year to find out about that Newscastle gym.  Mississippi certainly got its share of New Deal projects, and I am finding more and more of them, such as the Hattiesburg Water Works, and water works and sewage systems in at least six other cities so far.
Posted by Suzassippi at 7:20 AM