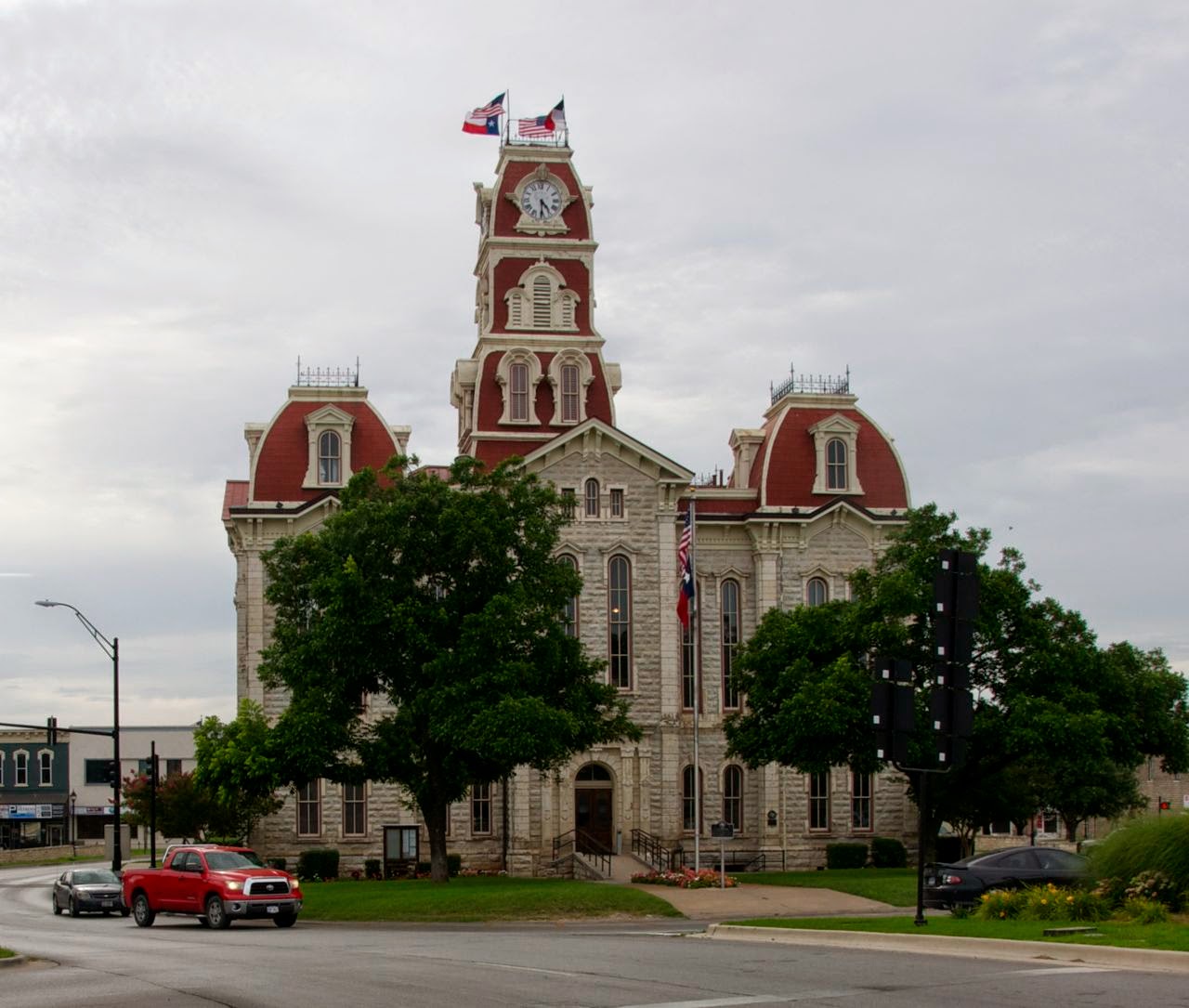 The courthouse for Parker County was designed by architect W. C. Dodson and built in 1886 (Historic Parker County Courthouse, Parker County Texas website).  "The style and design is similar to his other Texas courthouses in Hill, Hood and Lampasas counties.  The exterior was restored in the early decade of 1990s, and in 2002, the interior was restored.  Interior restoration of the "heavily modified" courthouse was accomplished through the Texas Historic Commission's Historic Courthouse Preservation Program, also at work on the restoration of the Throckmorton County Courthouse.


The courtroom originally featured decorative wall and ceiling painting, small wood balconies and patterned floor coverings, all of which were restored.  The original floor pattern was recreated in carpet...In the future, the community hopes to restore the design of the original courthouse square, which has been completely lost to highway and parking lots.

The present courthouse is the fourth for Parker County, and cost $55,555.55 (Parker County Courthouse, Weatherford Chamber of Commerce website). 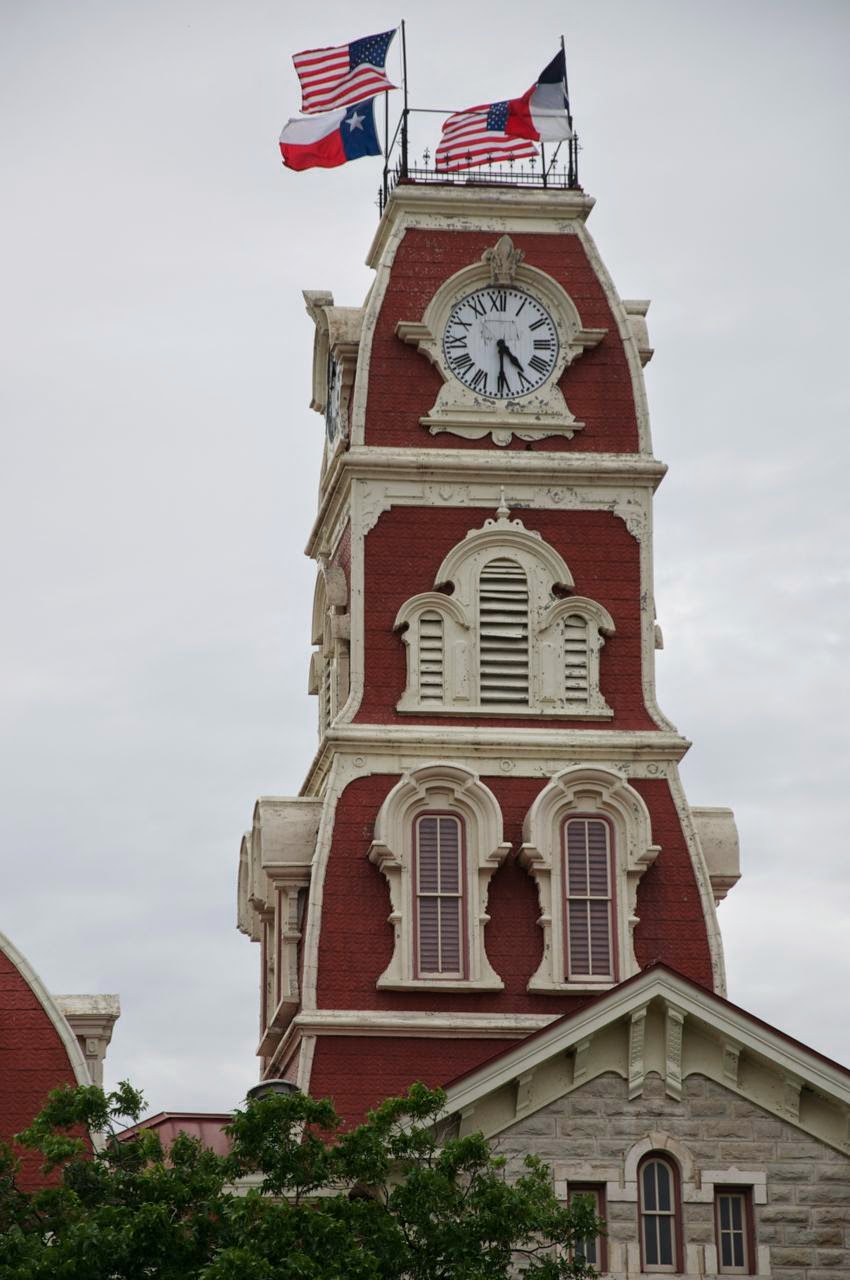 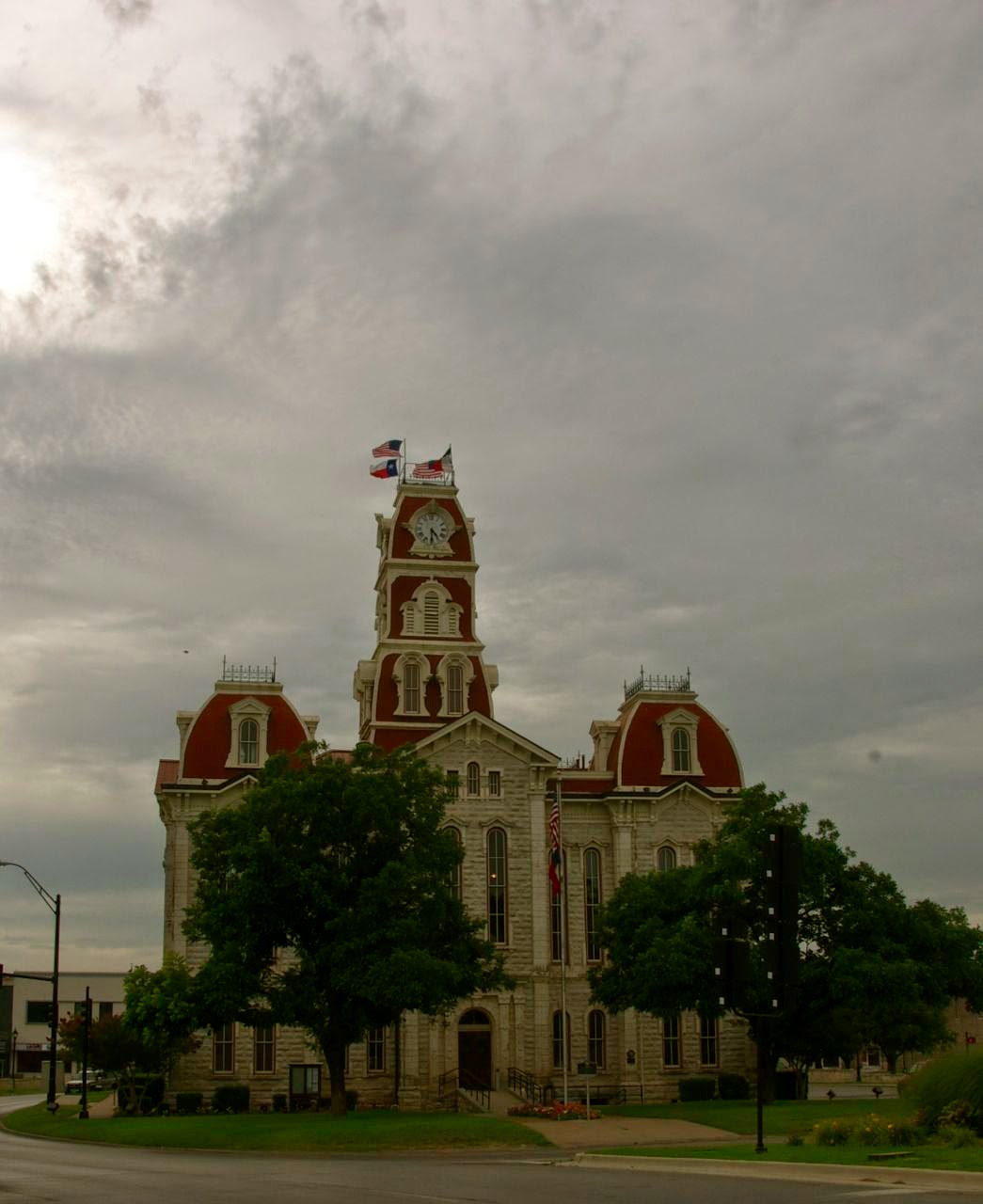 A Texas Historic Landmark, the Second Empire style limestone building is located in the "exact center of the county's geographic center" and is designated with a decorative floor (The present Parker County Courthouse, Texas Escapes. 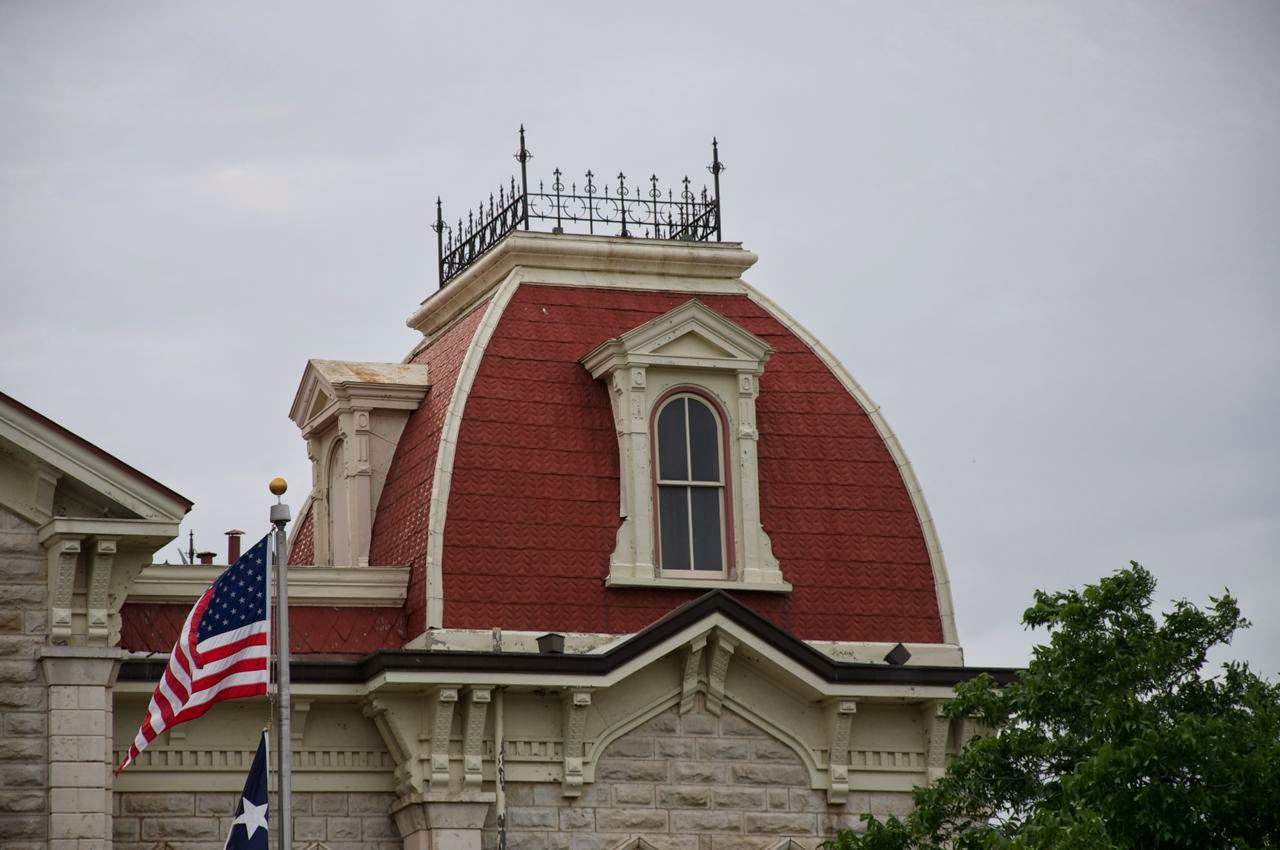 Dodson's work on Texas courthouses spanned a 15-year period from 1883-98, and designed 12 courthouses.  Six remain as originally designed.  All 12 are similar in style, as can be noted from the comparative photographs at the link to 254 Texas Courthouses.
Posted by Suzassippi at 7:19 PM

It was interesting to compare your pictures with the one on the "254" site. These Second Empire courthouses that have survived (and been restored)are treasures. And, the architects bios are well worth the research. Thanks for sharing!

It's a great site, isn't it? It is great that Texas is working to restore these treasures to be sure--too many were torn down.