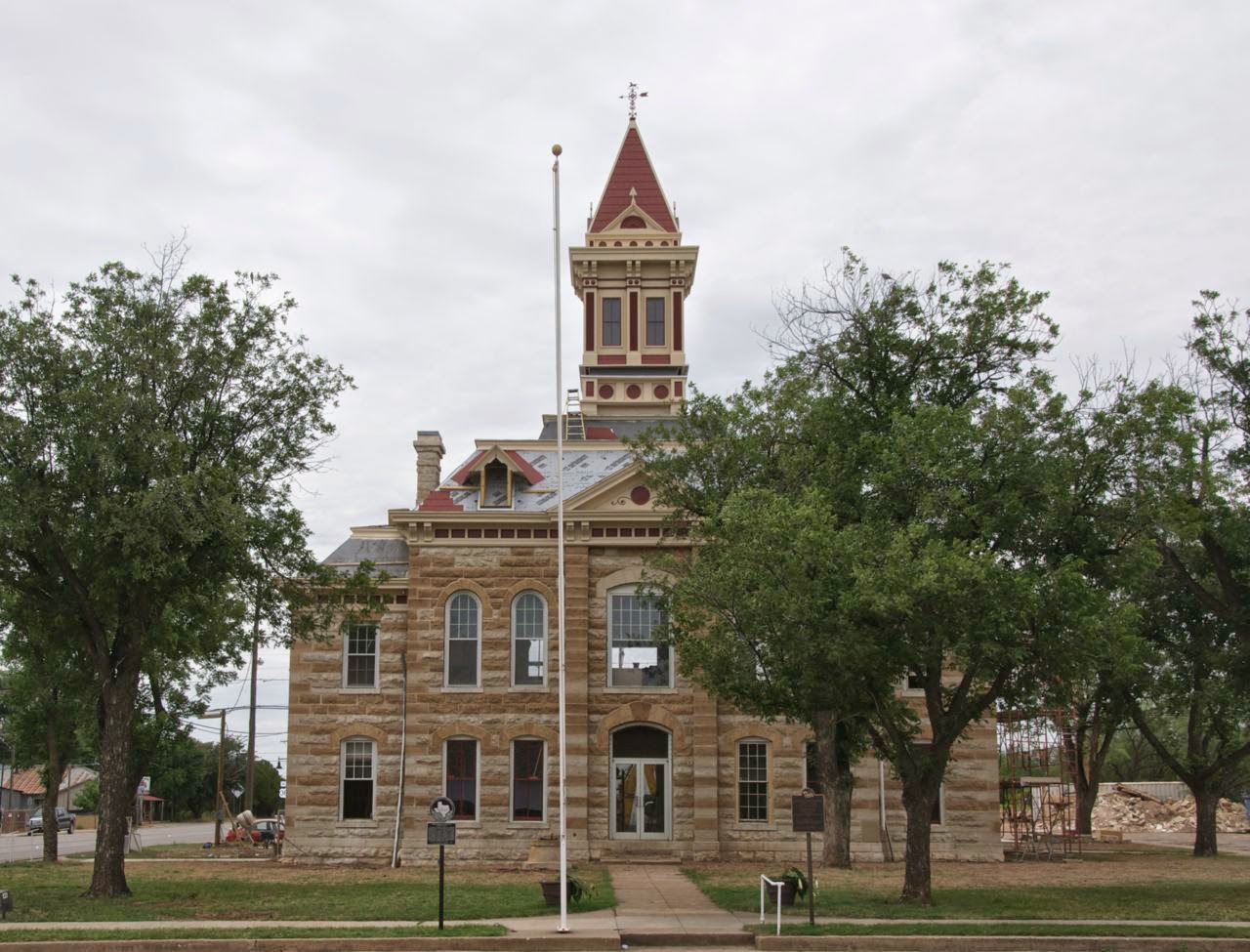 Imagine if your county courthouse looked like this when you built it in 1890-91.  And then, in 1939 in an ill-fated renovation, it turned into this: 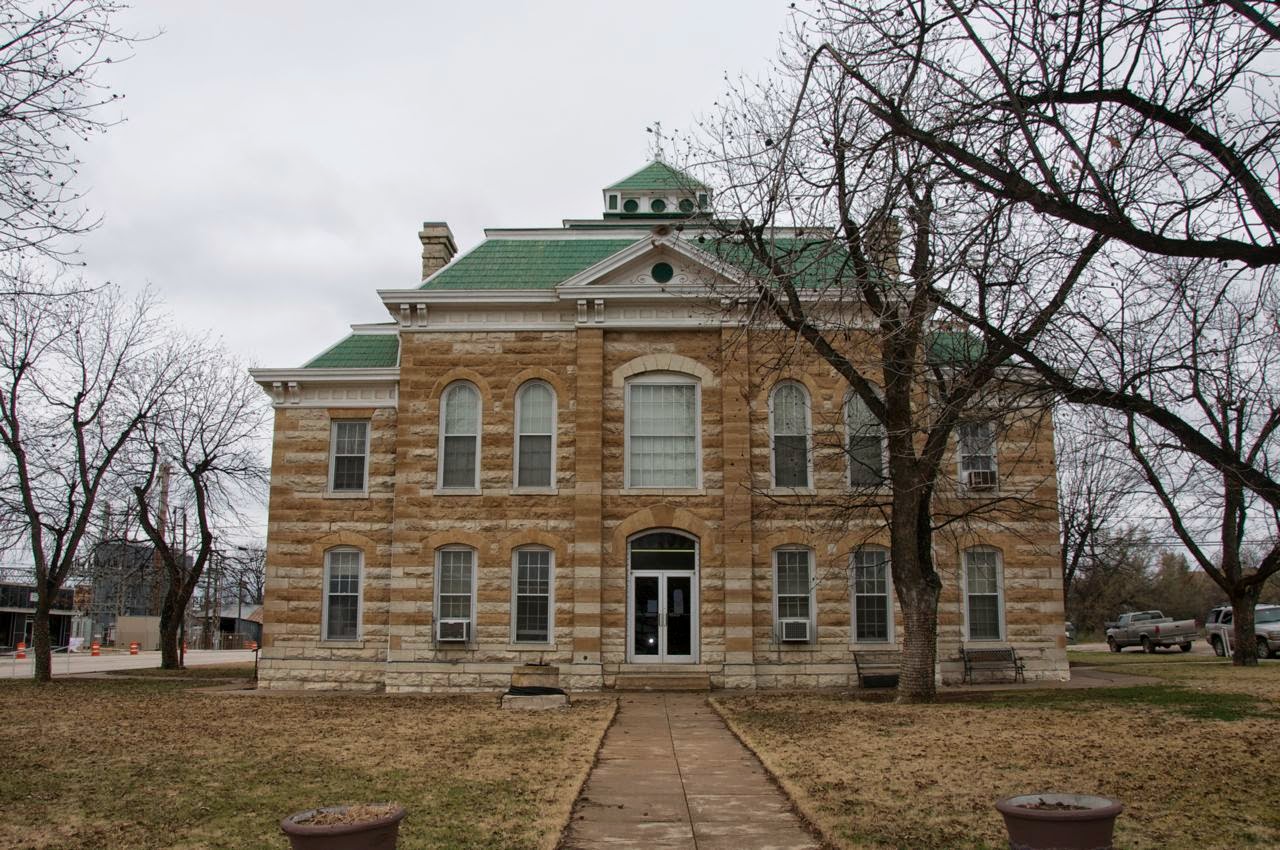 Apparently, no one knows why the original cupola was removed, but it was sometime during the 1930s.  While home this past week, I read in the local paper that the original tower had been replaced finally, and restoration was underway. 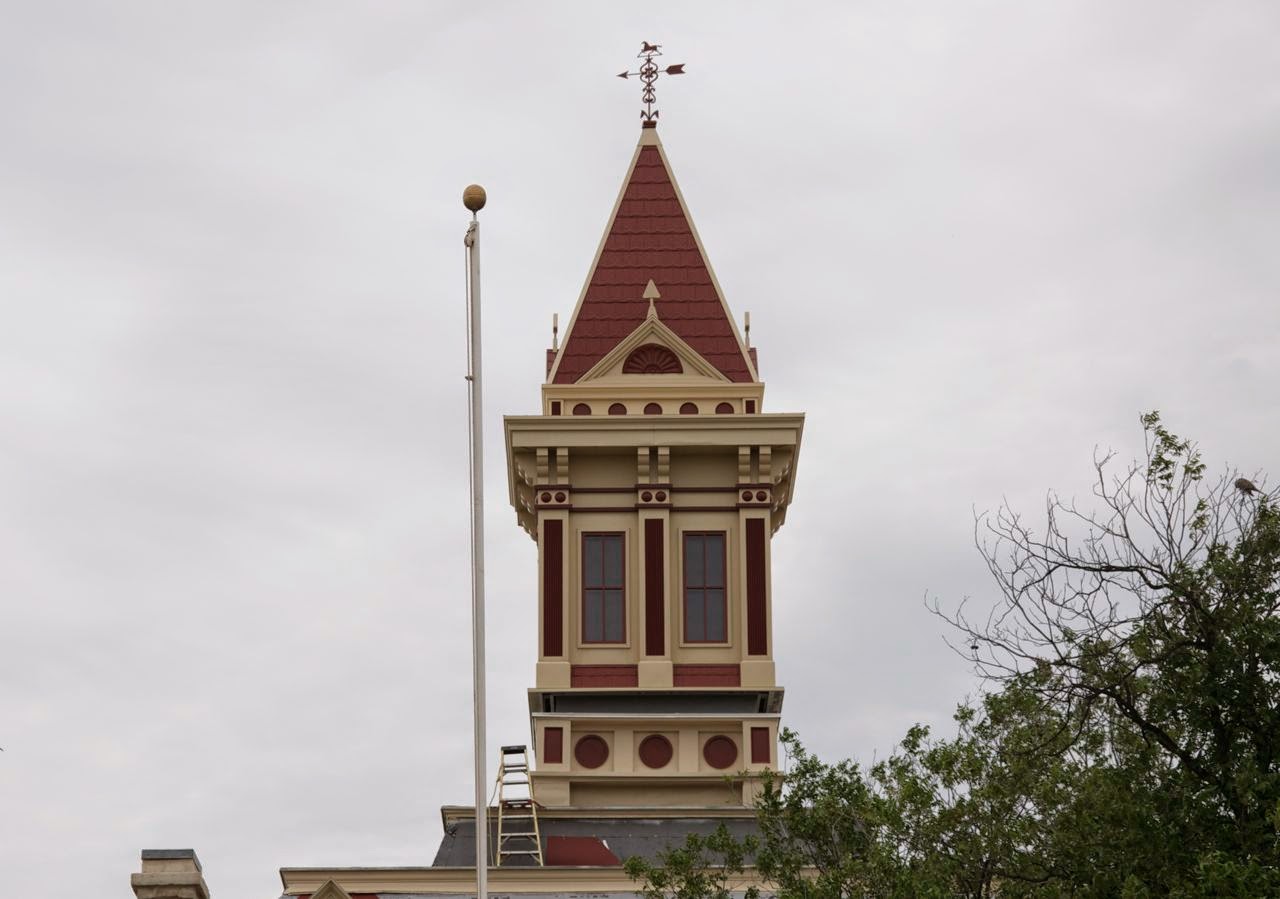 The 28-foot cupola was replaced on the courthouse on June 13, 2014, 75 years after its removal for unknown reasons.  I asked mother if she remembered the original, and when it was removed, but she did not.  She would have been 12 at the time, but she said as a child, they did not go to Throckmorton other than when Papa went on business by himself.  She attended high school there, and it was not until those years that she had occasion to visit.  Early photographs of the courthouse can be seen at the courthouse Facebook page. 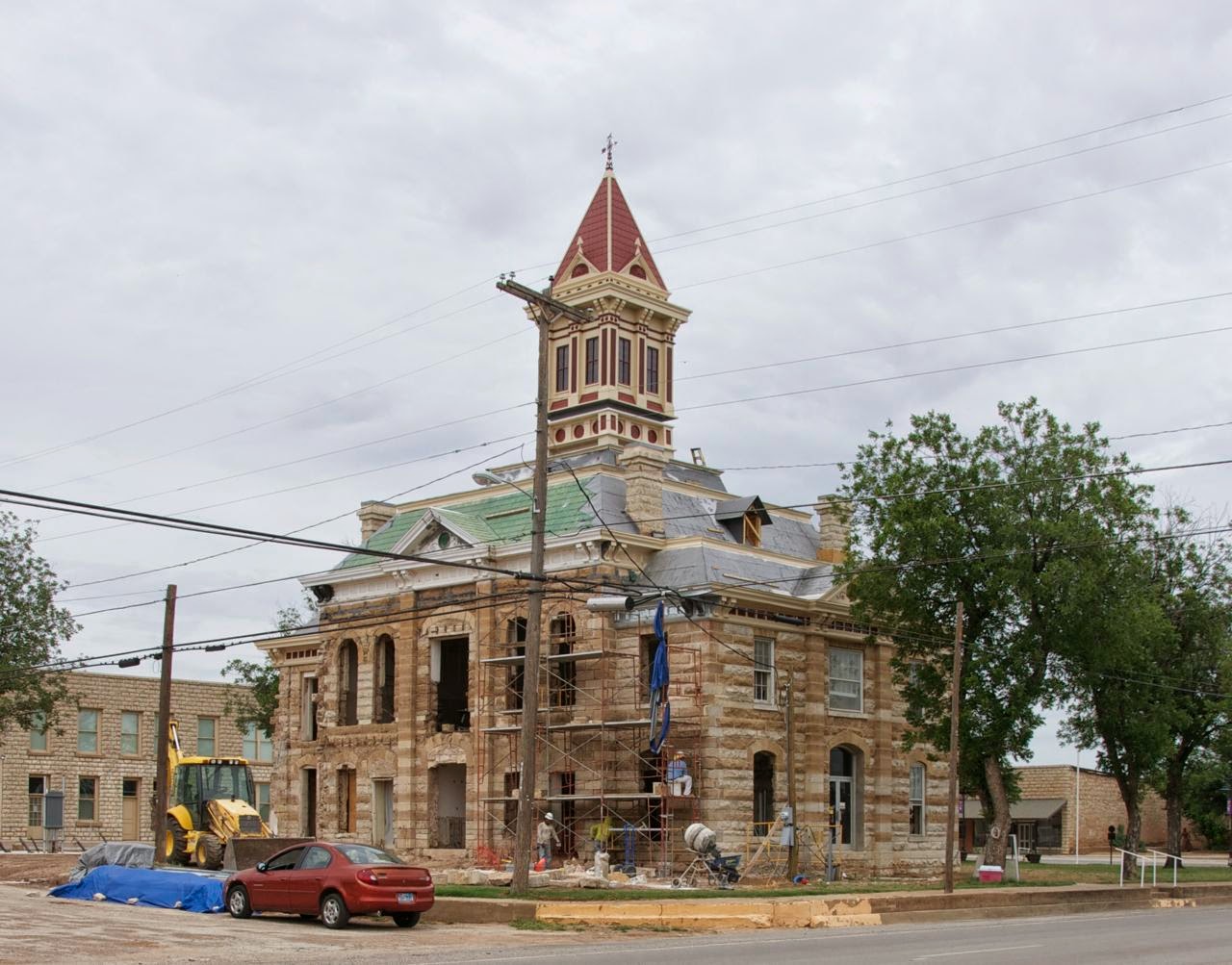 The grant, provided by the Texas Historic Courthouse Preservation Project of the Texas Historical Commission required that the rear annex added in 1938-39 be removed in order to fund the courthouse to its original state (Kirk, 2012, Abilene Reporter News). 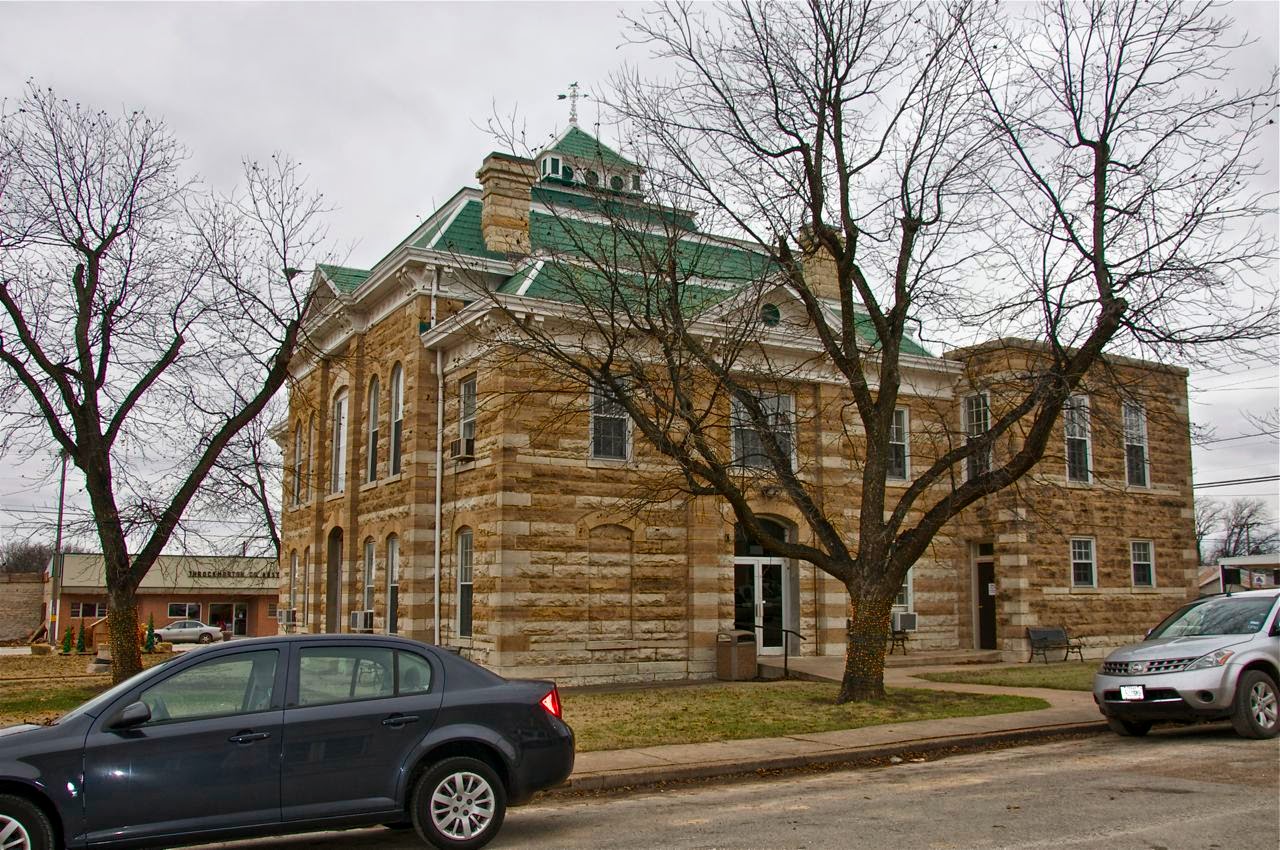 Thank goodness for historic preservation guidelines attached to funding.  You can clearly see that the removal of the 28 foot tower and addition of the wing to the rear significantly altered the aesthetics  of the building. 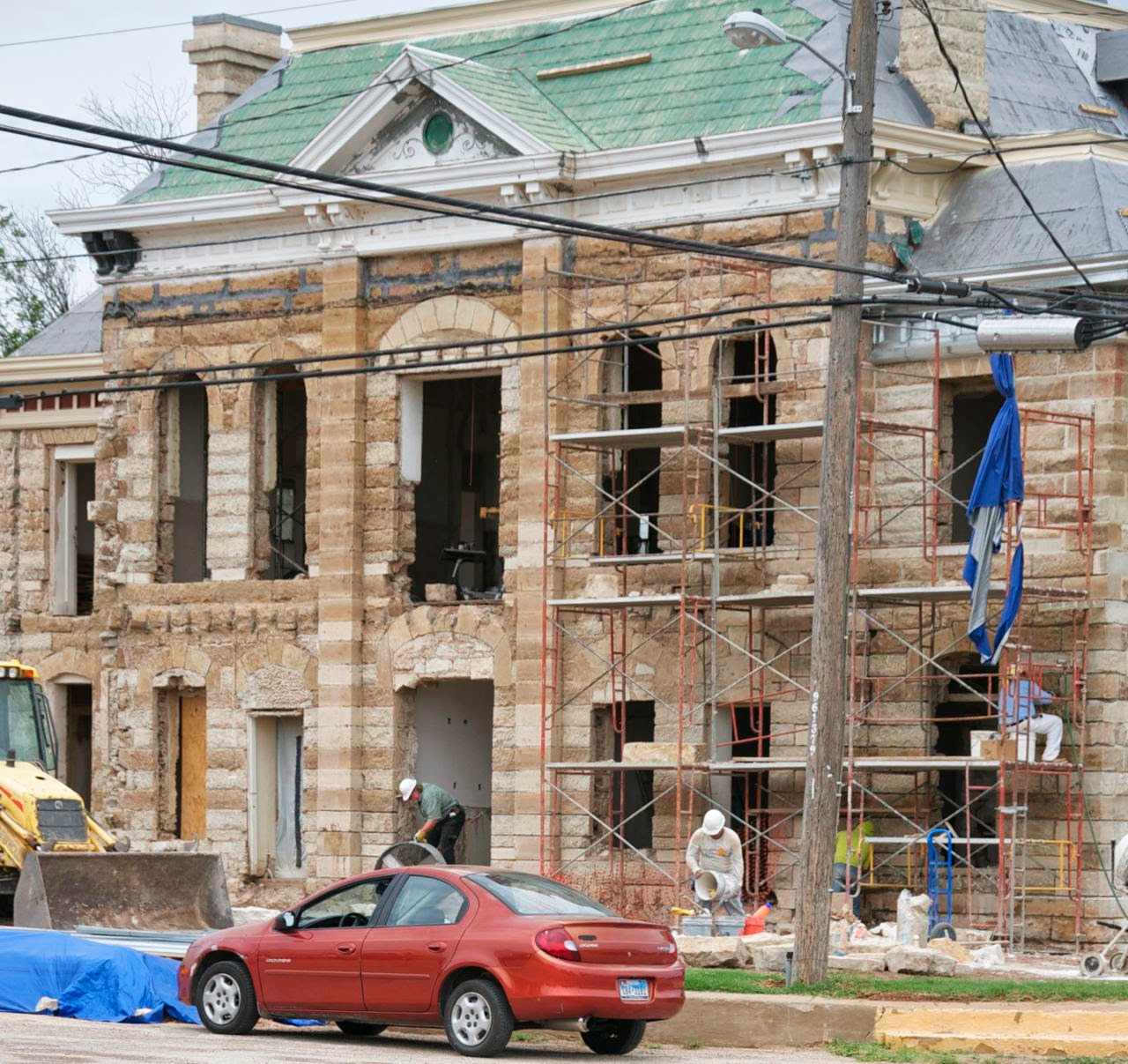 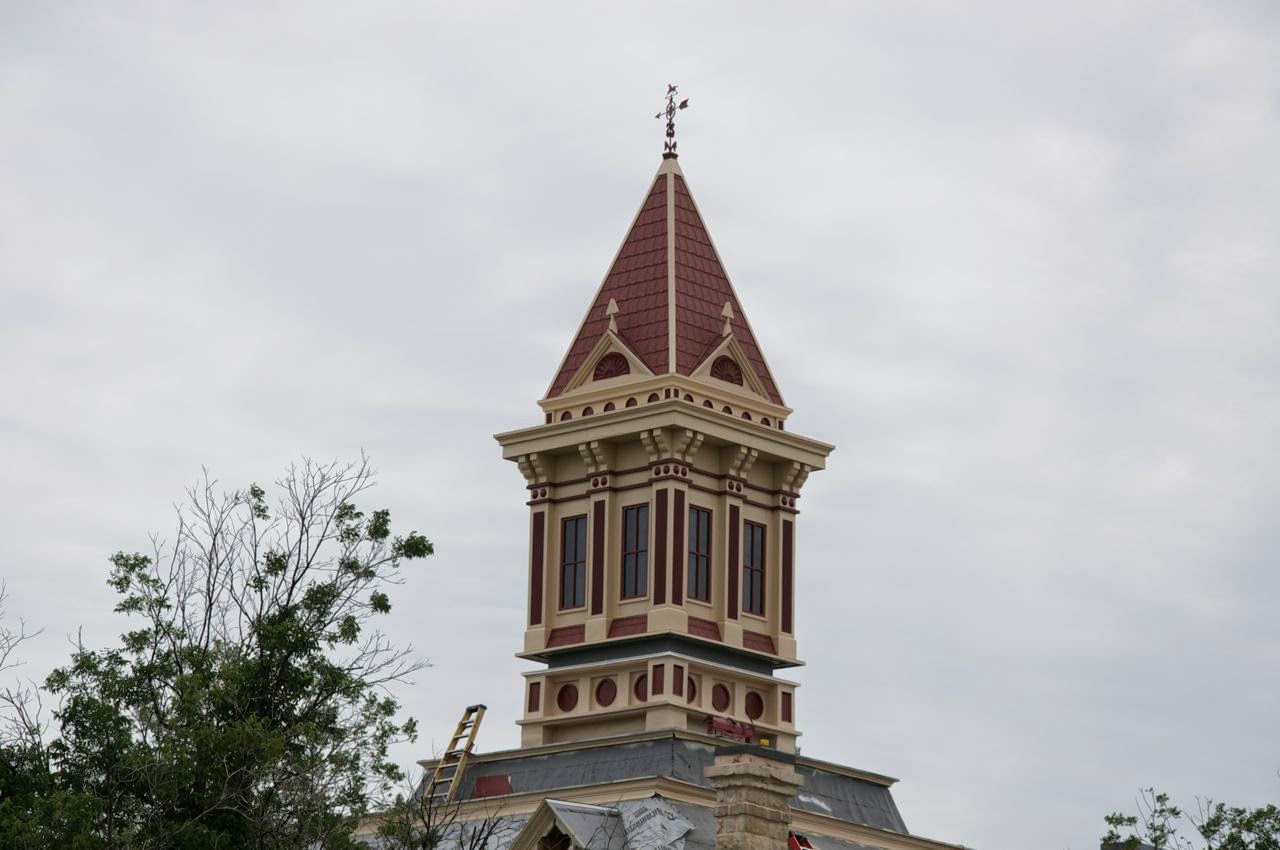 The county was required to raise $400,000 matching funds to secure the $3 million grant.  A big shout out to the Throckmorton First National Bank for providing half of that $400K!  Now that is some community investment.

The re-opening of the newely restored courthouse is set for March 12th, 2015.
contact the Throckmorton County News facebook page for more info!

Thank you so much Ms. Gover. It so happens that I will be in Texas on the 12th, so I just may have to get by there. I would love to see inside the courthouse.

So, sorry, Ms. Gober--I corrected that once and still messed up! But, glad to hear of the finished project.