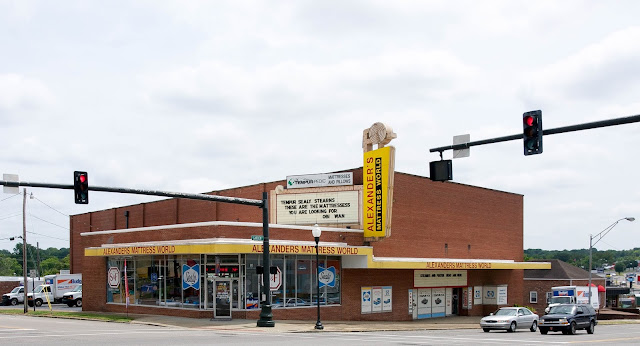 For a photo of the theatre in its early years, check the link.  You can also click on photos to see interior in its current state.  In 2010, the Maury County Arts Guild began fundraising to purchase the building and renovate it as a downtown theatre arts center.  Although several fundraisers were held, as of 2014, the news is the project is on hold.  In August of 2015, it remained a mattress store. (Abby Lee Hood, "Will the Polk Theatre Return?" Set Magazine, 2014, Volume 2/Issue 5, p. 19).
Posted by Suzassippi at 11:17 AM 6 comments: 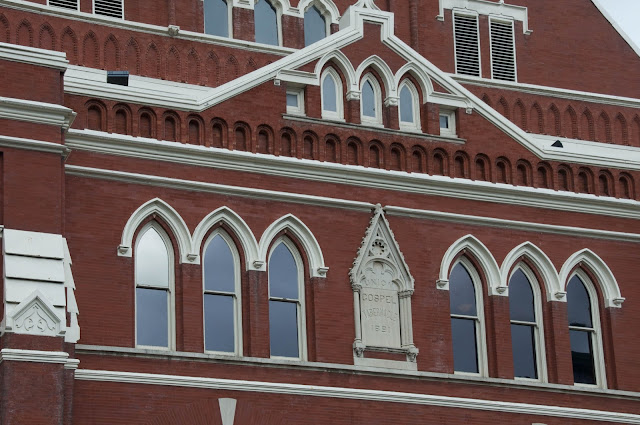 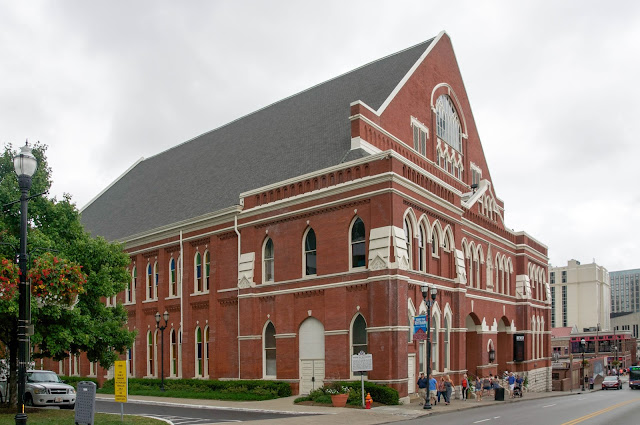 The Indiana Church Finishing Company supplied the pews, and in 1892, the tabernacle was completed.  The balcony was added in 1897, and the stage constructed in 1901.  When Ryman died in 1904, Rev. Jones asked to rename the site the Ryman Auditorium.  Along with many memorable events over the years, The Grand Ole Opry moved to the Ryman in 1943. In 1994, Nashville's "Mother Church of Country Music" re-opened following major renovations as a performance hall and museum.
Posted by Suzassippi at 8:03 PM 4 comments: 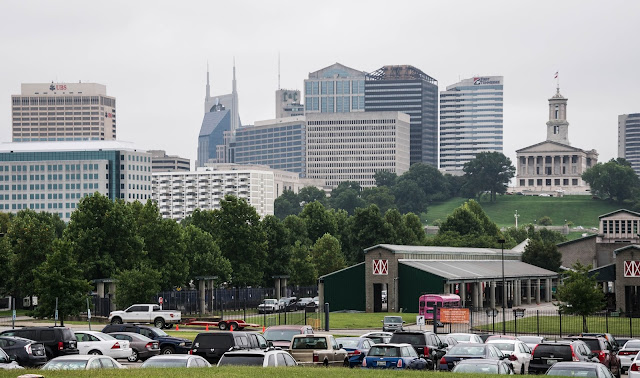 Posted by Suzassippi at 8:11 AM No comments: 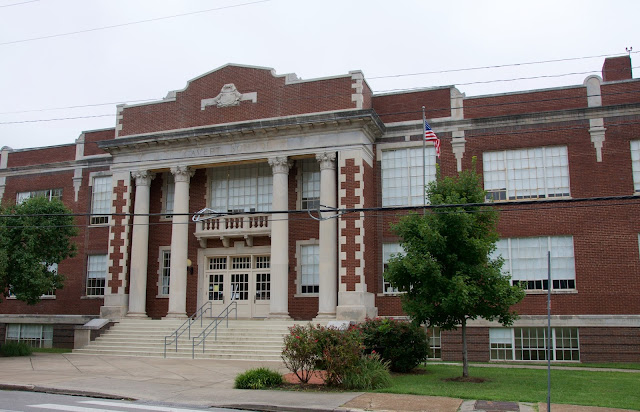 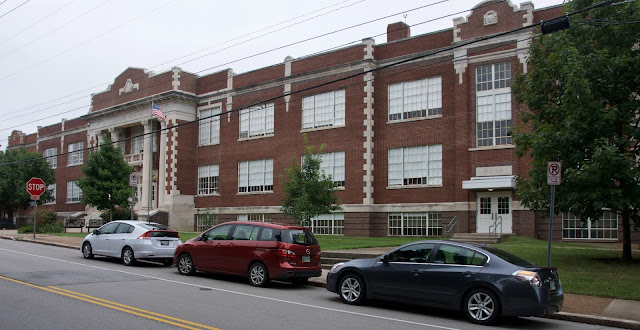 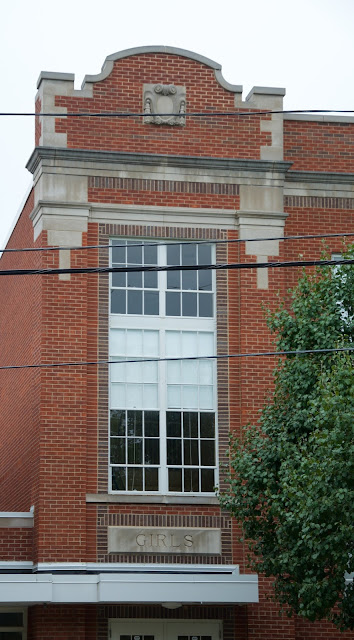 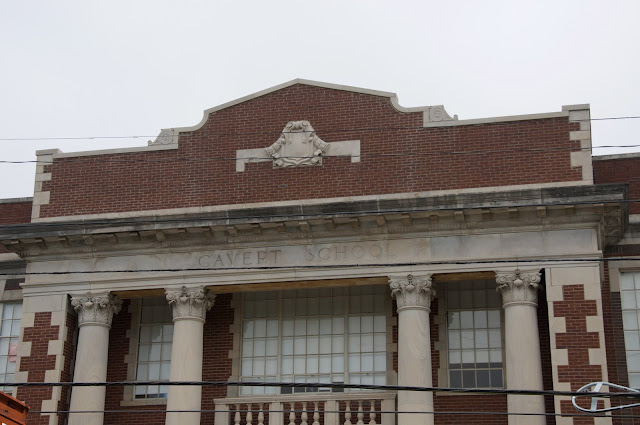 Forming a coalition of the PTO and interested residents of the Hillsboro-West End neighborhood, they worked to convince the city and the school board that the historic character of the Hillsboro-West End Historic District would be irreparably impacted by the demolition of the two buildings.  They also contributed to fund-raising efforts to support their advocacy for preservation and restoration, and in 2005, renovations began, and the two buildings were linked with a new wing to form one school.
Posted by Suzassippi at 11:24 AM 2 comments: 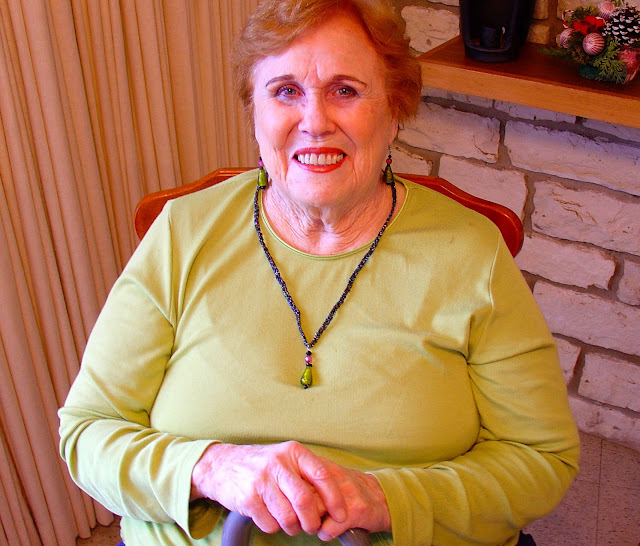 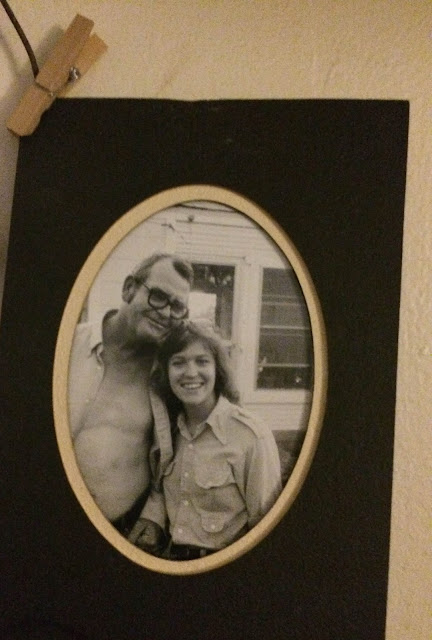 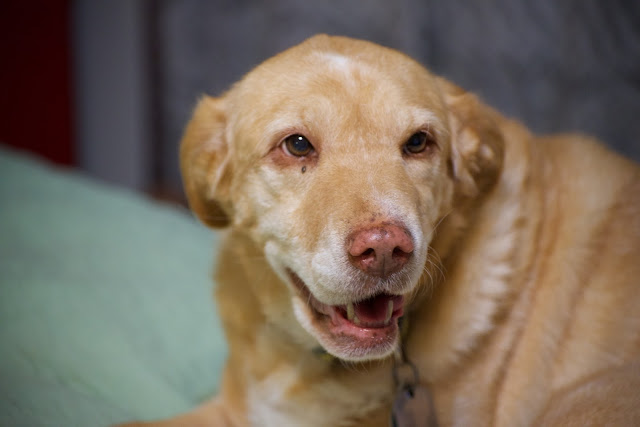 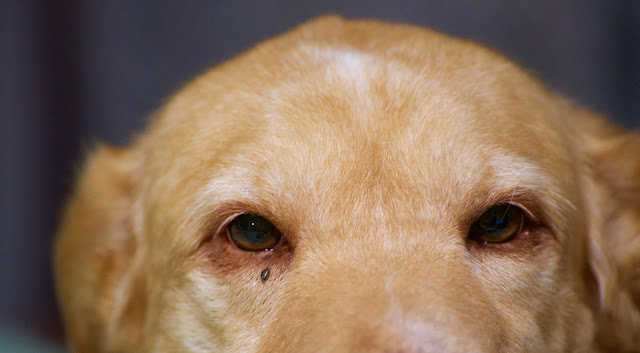 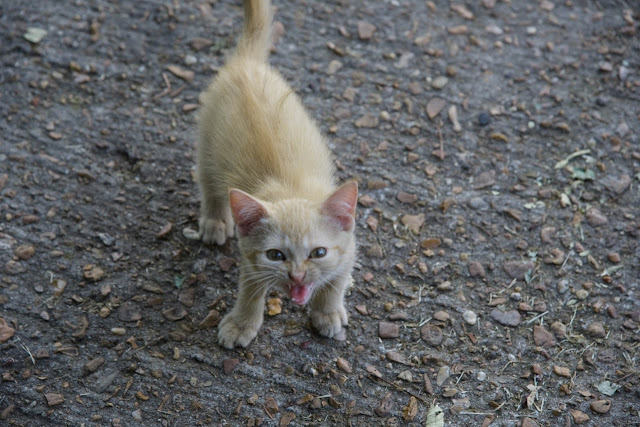 Once we do that, it is often that we are able to summon the energy and strength to continue the journey, and in a spirit of optimistic self-confidence.
Posted by Suzassippi at 11:29 AM 4 comments: 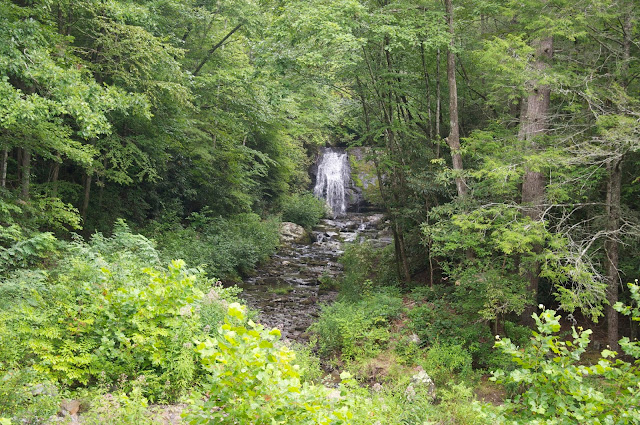 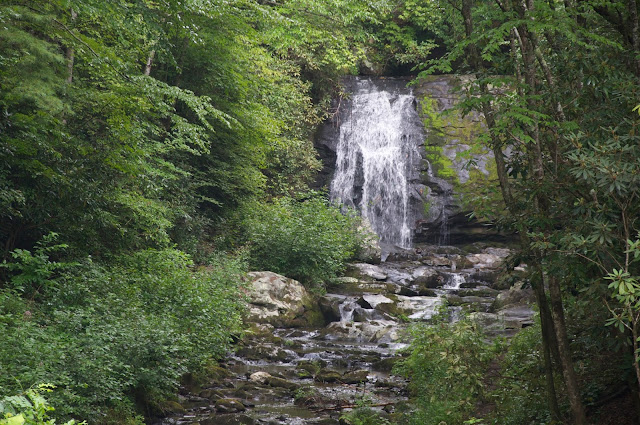 Meigs Falls is situated a short distance from the Little River road inside the entrance to the park.  Easy to miss, we missed it the first time.  It is one of the few you can see without a hike or getting your feet wet.
Posted by Suzassippi at 11:58 AM 1 comment:

I had some time this weekend to try out my new camera and new lens, along with finally getting the tile in the hall bathroom grouted and the silicone in the joints.  I even managed to pick out paint, and get halfway done with patching the wall where we had to put up new sheetrock.  One more weekend, and I think I will be done with it, but if you stop by regularly, you know I have said that before...starting in 2009. 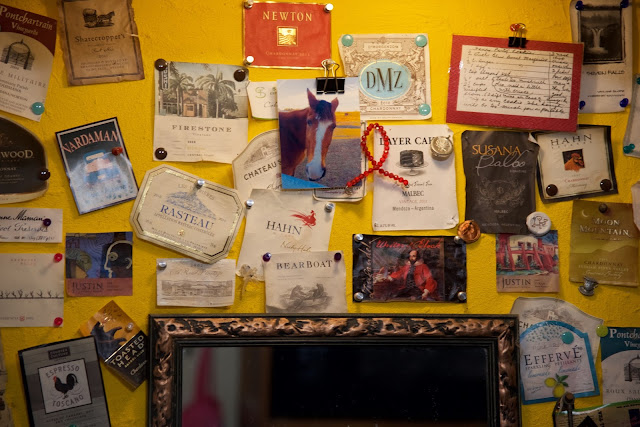 Photo above is with the regular lens, and photo below is with the secondary lens with a greater zoom. 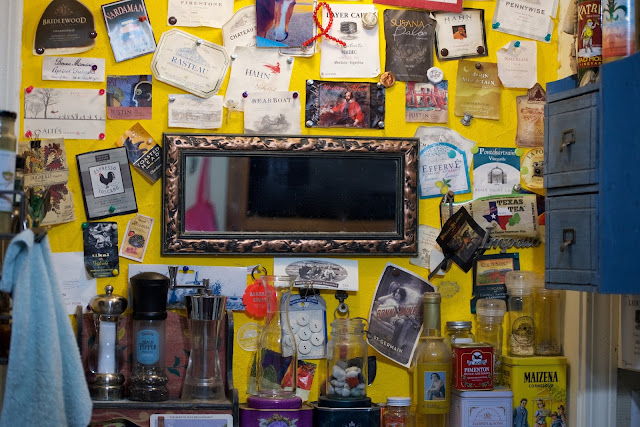 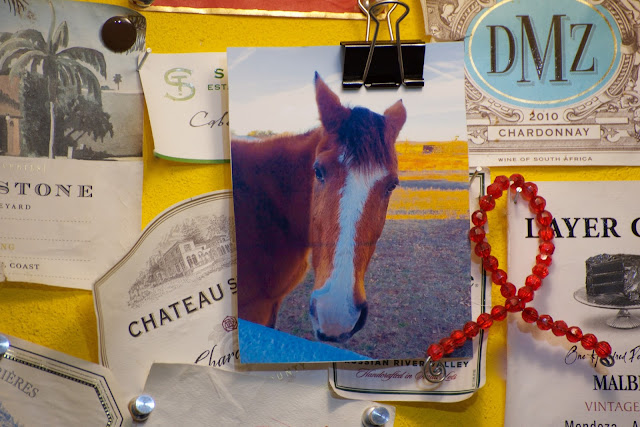 Next up, let's try it on a real horse...or at least real cats.  Have a great Wednesday: I'm off to work now.
Posted by Suzassippi at 7:42 AM No comments: 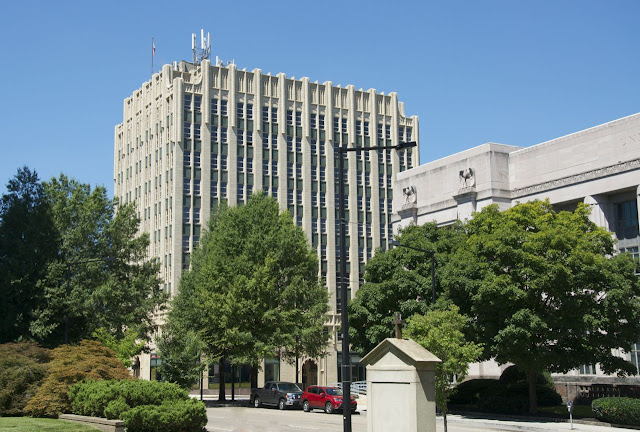 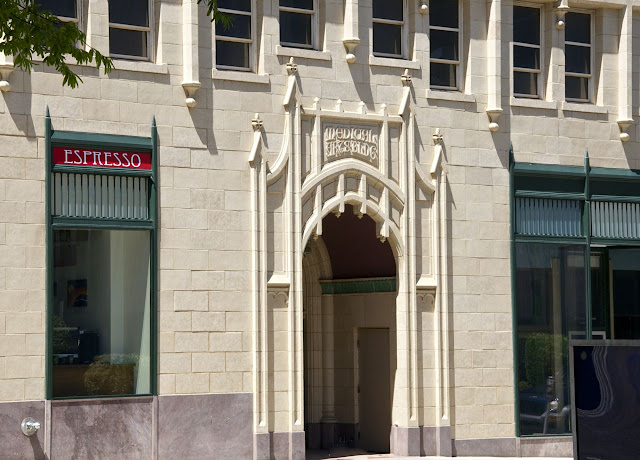 Posted by Suzassippi at 10:52 AM No comments: 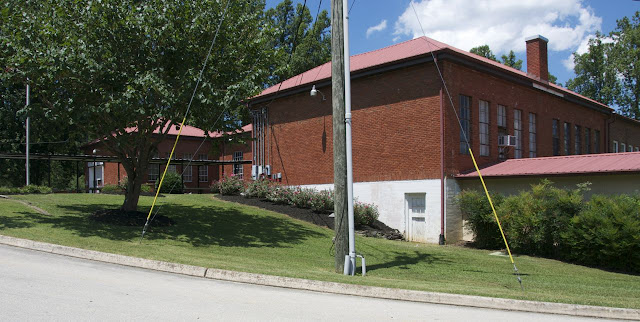 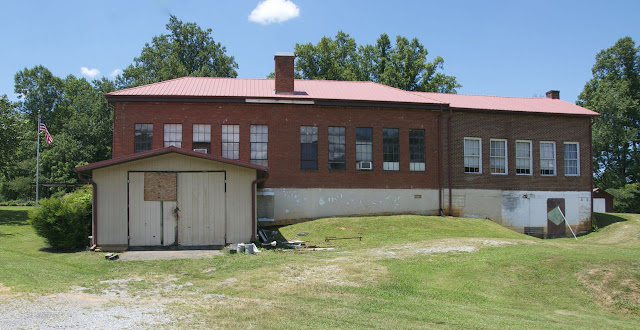 The City of Townsend, TN/History on its website mentions the restoration of the old high school, undertaken by the Alumni Association and the city.  The former school now serves as city offices.
Posted by Suzassippi at 10:13 AM No comments: