Although the West Texas Chamber of Commerce submitted--among a large number of projects--a request for $10,000 to the Public Works Administration to construct the City Hall of Weatherford in 1933, there is no record that I can find that it was awarded and that PWA funds were used for the building (Abilene Reporter News. West Texas Projects Filed with Advisory Board of PWA. 12 November 1933, p. 4., retrieved from newspapers.com).

The beautiful Art Deco inspired city hall/fire department was constructed in 1933 with funds provided by a bond election, and opened in January 1934.  I assume that the two large bays on the right of the photograph were the truck garages, with city hall offices located on the opposite side. 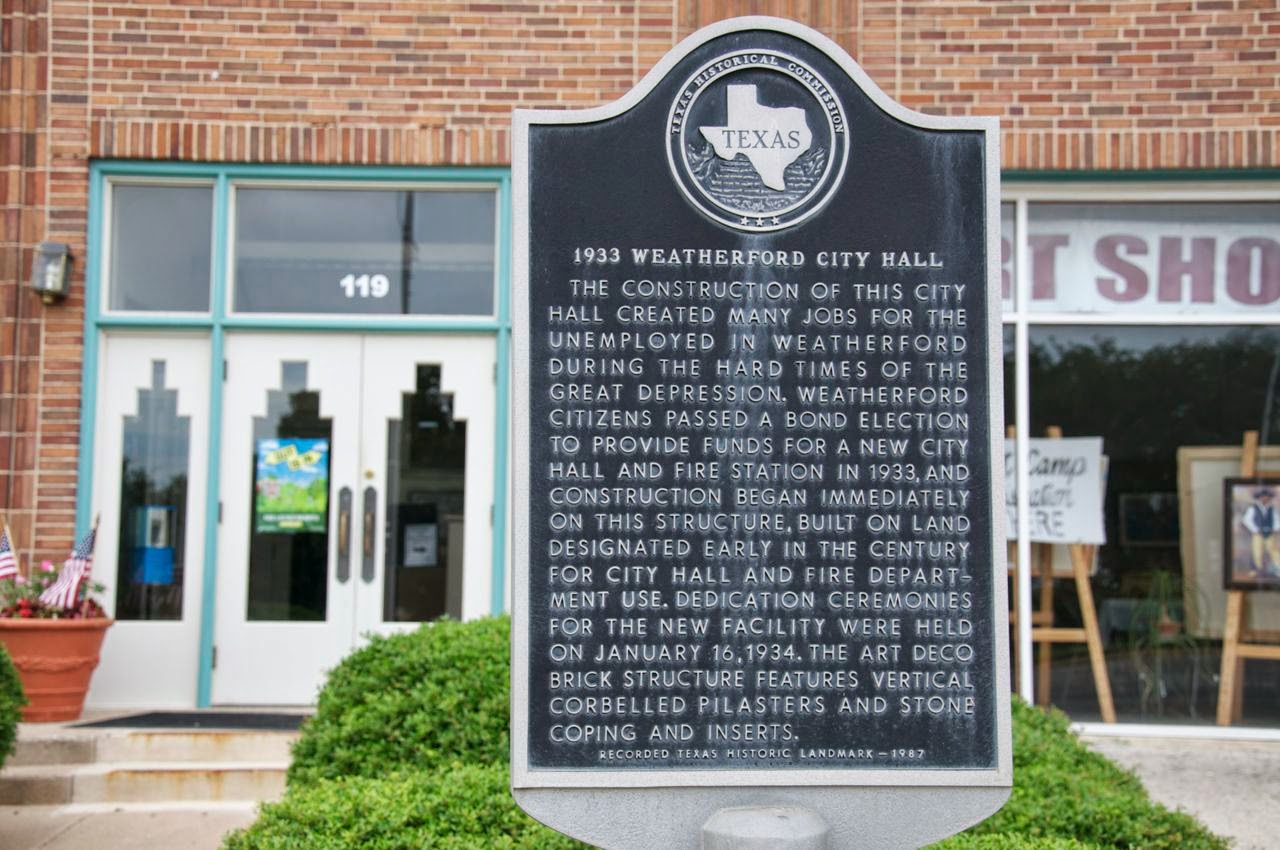 The building is currently used as an art center, which certainly seems fitting with the beautiful Art Deco details on the doors and brick pilasters. 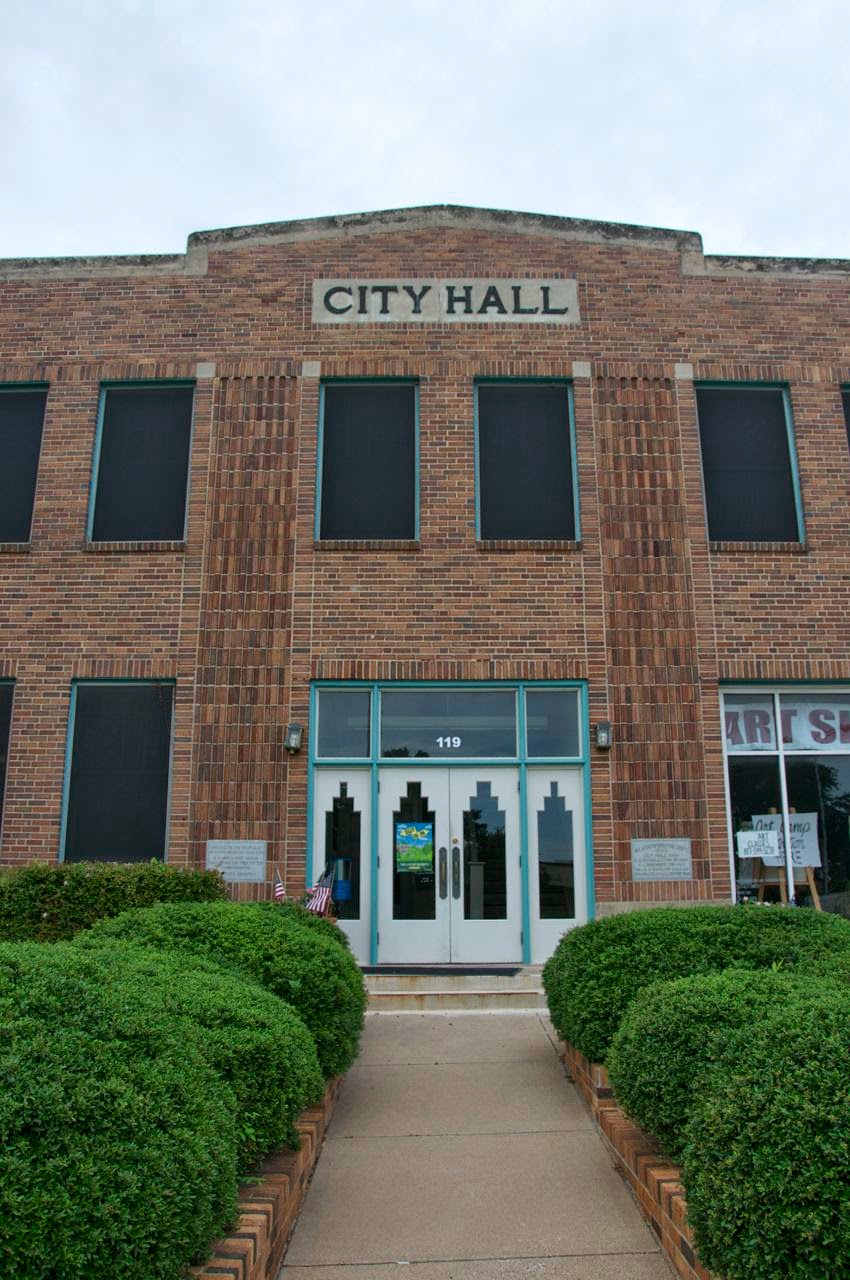 I have driven by many times, always struck by the beauty of the building and thinking someday to stop and photograph it.  I finally made time to do so on my last drive home from Texas to Mississippi.  I was pretty excited at first, thinking it might have been financed by the New Deal programs, but a diligent search of Texas newspapers shows no follow up to the request for PWA funds for the project, even with the reference to the project providing employment during the Depression.  Because funds provided by PWA and other programs came with requirements for local support, I thought it might be possible that the bond election was held to provide those additional funds needed, but there is no corroborating information I can locate as to that outcome. 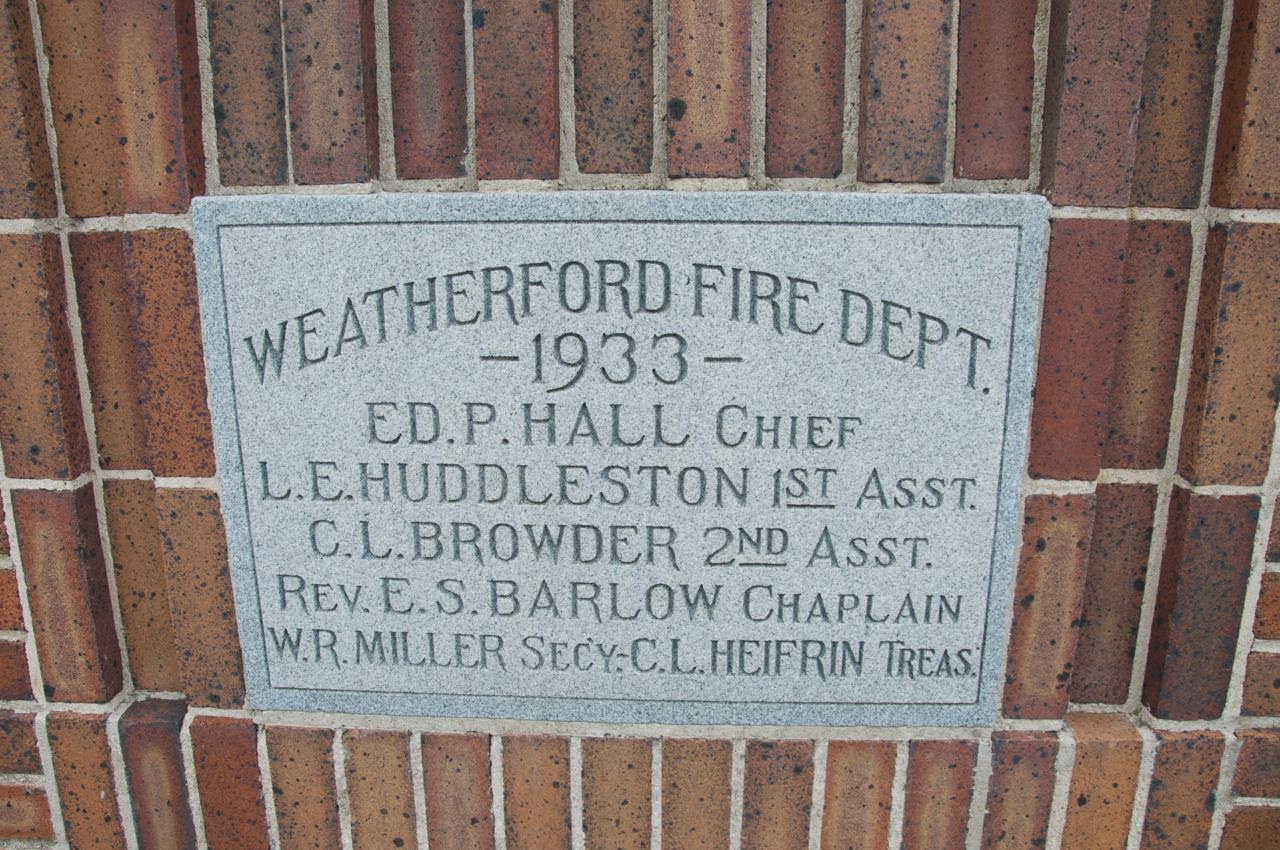 Posted by Suzassippi at 2:08 PM

That's beautiful! I love art deco. We have a building in downtown Macon that was recently renovated and it's art deco I believe. Wonderful when these old buildings find new life.