YMCA...the building, not the song 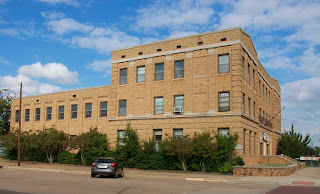 The YMCA in Breckenridge, Texas was built in the early 1920s.  It was designed by architect Wiley G. Clarkson & Company.  Mr. Clarkson also designed the former First National Bank building in Breckenridge.  A black and white photograph of the building shortly after construction is on the Clarkson website.  It is the second photograph, so you will need to scroll down to view it. 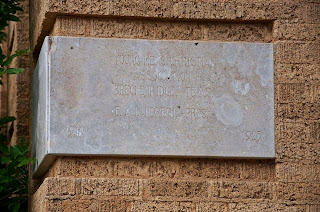 E. A. "Ed" Landreth, a Fort Worth oilman, although I can find no indication of whether he first lived in Breckenridge as an oilman, was


...largely responsible for the fact that Breckenridge has the magnificent Y.M.C.A. building that is pointed to with considerable pride by every citizen... (Breckenridge Daily American, 7(184), February 6, 1927) 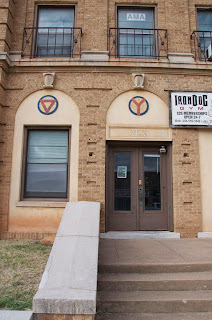 The building was designed with separate entrances for Men and Boys.  On certain occasions, women and girls were permitted use of the building.  Its current use is as a gym. 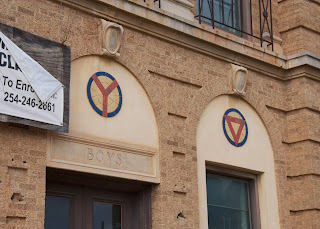 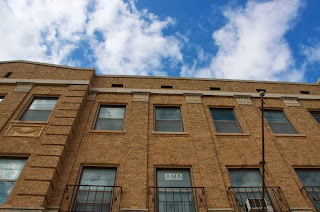 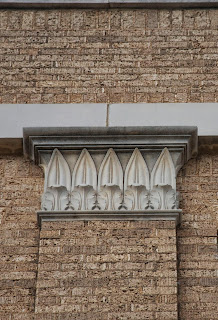 I love the beautiful detail on the top of the pilasters that stretch up the front facade.  My intention was to drive to the opposite side of the street to get a front elevation view, as the street had no light for crossing, is wide, and made of brick that is somewhat uneven.  In getting sidetracked with the post office and the rear elevation of the courthouse, I completely forgot about parking across the street on my way out of town.  Til next time, then...