I love the fact that as I go deeper into the research on the New Deal administration projects that I can often surmise which towns might have one, and which buildings are the most likely candidate.  On my recent trip through Breckenridge, I decided to look up the post office, and yes, another good hunch.  This 1934 post office reflects a Spanish Colonial style common in parts of Texas.  The design style is also seen in post offices in the southwest. 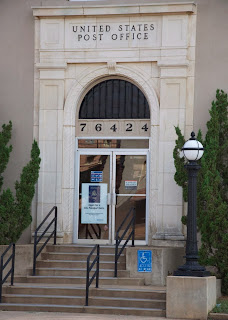 It is the only two-story post office I have seen in Texas, other than the ones in large cities that also combined the post office with a federal courthouse.  Not to say others don't exist, just that I have not seen one. 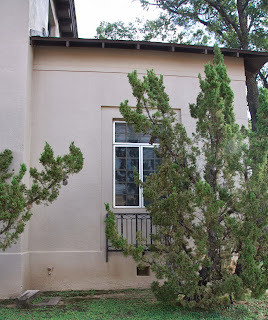 This ell on the west end of the building houses the postmaster's office. 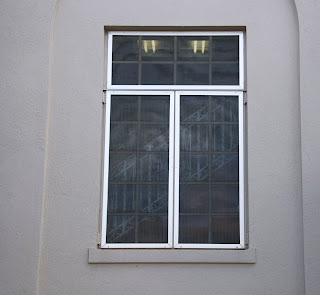 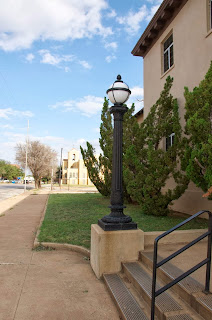 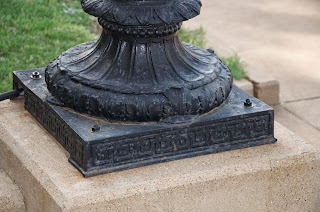 An intricate Greek key design adorns the base of the lamp post pedestal. 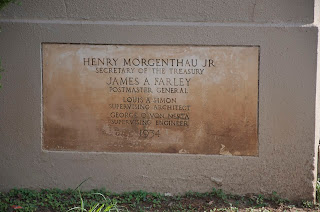 This is also the first cornerstone I have run across with Von Nerta as the supervising engineer.  Most of them have been Neal A. Melick, who also worked with Simon during the latter half of the 30s and in 1940.  In fact, this post office may be one of the earliest ones I have seen from this period, though I would have to check them all in order to confirm that speculation. 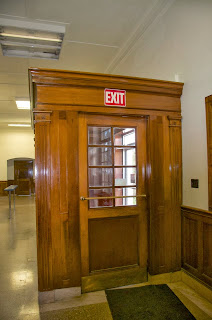 Like many other post offices during this decade, it retains the original wooden entry vestibule.  Anyone who has lived through a blustery winter and spring in Texas appreciates the gesture. 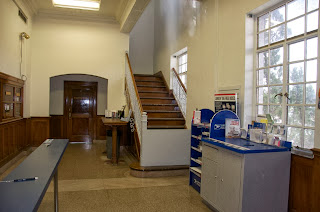 The intricate iron work detail is not clearly evident from this angle, but the earlier photograph of the external window in front of the stairs gives a better idea of the design. 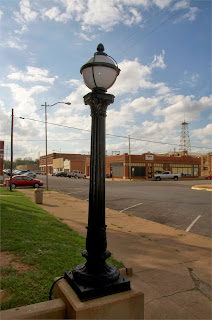 I am going to have to head out on the road again, though, and in a different direction this time.  More historic New Deal post offices are out there waiting to be documented.  Is there one in your town?