Not a road trip day redux: Texas is going down faster than the sun in Alaska 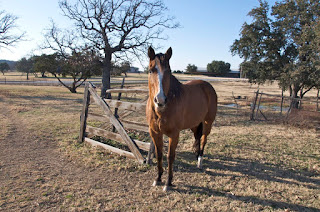 I was due to depart for Texas yesterday...after the third postponement for the season.  I'm starting to think the universe is talking to me.  Right now, I am in bed, with my leg elevated and alternately iced and wrapped for the second day in a row.  It is a mixed blessing.  It is kind of nice on one hand to simply lie in bed, and do nothing other than read, use the laptop for both research and pleasure, or do a crossword puzzle.  I even took a nap yesterday afternoon. 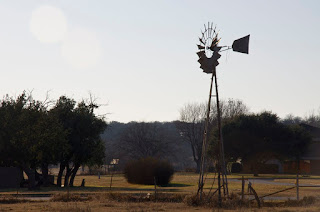 In 2009, I made my usual December run to Texas, and one day was out in the pasture in a tank top, taking pictures.  The following day, Christmas, it looked like this: 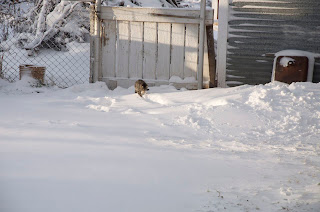 I had helped Dad shovel snow off the decks and steps, and make a path to the barn to feed horse, mule, and dogs and cats.  The snow was coming down almost faster than we could clear the deck, but it had piled up in front of the door to the point one could not open the door, and thus had to be done. 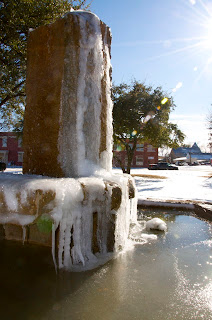 I had to drive back to Abilene yet, in order to meet up with Randy and his father for Christmas dinner before we returned to Mississippi the next morning.  I stopped to take a photo of this frozen fountain in Albany, slipped on the ice, and bruised my hand (from trying to catch myself) and my posterior, from landing on it. 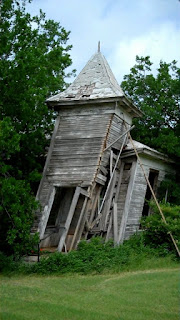 Lately, I've been feeling like things are creeping up on me, and it is always another rude wake-up call when you realized yet once again, "What?  I'm not going to be forever young?  This is going to keep on happening?"  Still, I can't complain; it's usually only temporary, and I am learning to deal with it more effectively the more I learn about how to prevent it and manage it.

Meanwhile, really working on the acceptance of it is what it is and that being forced to slow down, or even stop, and be present in the moment is how I have had some of my most profound learning and joyous experiences.

Hope you are up and about soon, but the down time gave us a nice post about the contrasts in Texas, too!

Thanks for the well wishes, and yes, Texas can change very quickly, can't it?