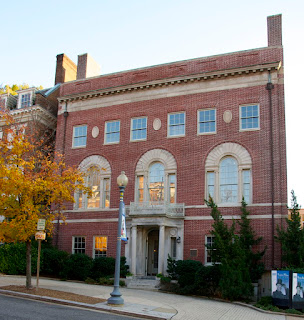 
...the most notable features are three Palladian-style windows...Ionic columns and fluted semi-ciruclar arches executed in light stone...oval medallions above the Palladian windows. 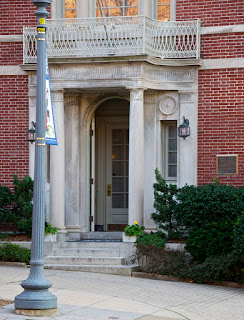 President Wilson purchased the house sight unseen in 1921, during the last months of his second term. His wife found the house while searching for a Washington residence.  He surprised her with the deed in December and they moved into the house following the March inauguration of President Harding.  Wilson gave his last public speech from the balcony over the front door. 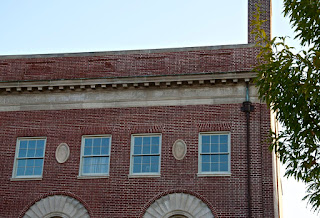 Wilson and his wife, Edith, remodeled the house, adding an elevator, billiard room, stacks for his 8,000 library books, a garage and a terrace.  Wilson lived in the house only 3 years prior to his death, and was semi-invalid for most of that time. 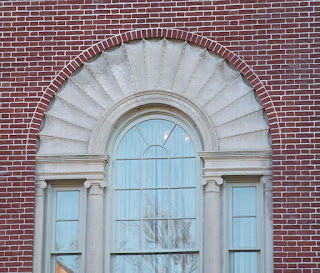 Mrs. Wilson remained in the house until her death in 1961 and bequeathed the house and contents to the National Trust for Historic Preservation, who remain owners and conservators of the museum. Interior photographs can be seen at the Historic American Buildings Survey link.
Posted by Suzassippi at 2:15 PM