Another Boxing Day has come and gone 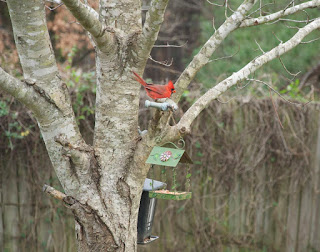 For some reason, I was thinking about Boxing Day on Boxing Day--the day after Christmas.  Tradition in Europe, England, Scotland, Canada, & New Zealand (perhaps others, but I don't know), there are several stories as to its origins.  They are all similar, involving boxing up gifts, food, money, to be given to the poor and needy.  Interesting that giving to those in need occurs after the gifts, food, and celebrations of the "givers."  The English twist on it involved the day after Christmas as the servants had to wait on their employers (the "servees") on Christmas, so were given the day off following Christmas so they could be with their families.  Gifts, and leftover food, was provided as a thanks for the year's service. 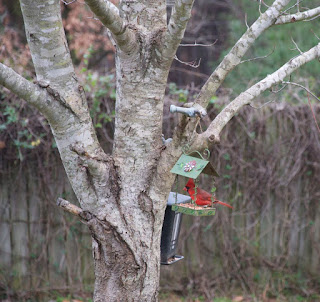 Something about thinking about those with wealth, or at least sufficient enough resources to employ servants on Christmas, demonstrating such 'largesse' as giving left-over foods for a left-over holiday just stuck in my craw.  I recall an incident that I have never forgotten, from when I was a teenager.  My mother worked in public welfare, and folks often donated items to the department to be used for clients in need.  My grandmother had taken a box of clothing, and had wrapped some red beads in a Christmas paper.  It was an old necklace that she no longer wanted, and I recall her saying something to the effect of wanting the woman to have a present to unwrap.  My grandmother was not a wealthy woman; she worked hard doing manual labor for every thing she ever had, which was not much.  I have no doubt she meant it as a kind gesture.  Still, it is rather like Boxing Day--or for that matter, Thanksgiving baskets or Christmas baskets where we collect something for one time out of the year to show our charity and caring for others.  I have often wondered what that woman thought when she opened the "gift" and found some old beads--clearly, a hand-me-down no longer wanted. 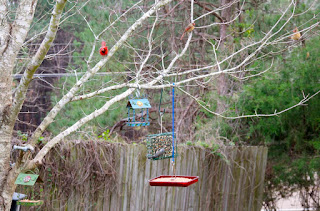 I am not criticizing giving nor charity--I am a believer in giving away what you don't want and need to someone who does want and need it, as long it is useful, clean, and serviceable.  I just don't think we ought to consider it a present, and dress it up in pseudo generosity.  I went into Goodwill last week, looking for a small table, as I had been unable to find what I wanted in any of the antique stores.  When I saw all the folks in there shopping, it took me aback.  I know poverty is here--we tend to keep it hidden in Oxford, out on the county roads--but it's here.  It was amazing to me to see so many people shopping Goodwill like people shop Wal-Mart--most of them obviously doing "Christmas shopping."  It made me recall the incident with my grandmother and the beads, and wonder what people would be thinking when they opened their Goodwill presents later in the week. 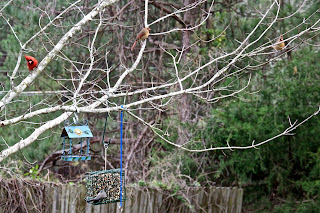 I think those thoughts and emotions have something to do with my discomfort around the holidays.  I always tend to feel a warring of the emotions at the incongruence of everything.  In truth, it is probably not much more incongruent than the rest of life these days.  We accumulate stuff, have to get stuff in which to keep our stuff, and get rid of stuff so we can have room for different stuff. 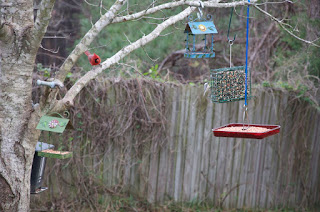 I took advantage of the relatively nice weather yesterday to clean the porch, so as to be able to get to the new toilet that has been boxed on the porch for well over a year now.  The plumber is due next week to re-do the plumbing and install the new toilet, and I deemed it helpful to be able to get to it.  To "get to it" involved moving and removing a lot of stuff.  When I was done, I had two bags of trash, and an amazing amount of space on the porch.  I found something for which I spent all last week looking, trying to remember where I put it.  Now, if that doesn't tell me I have too much stuff, I don't know what does. 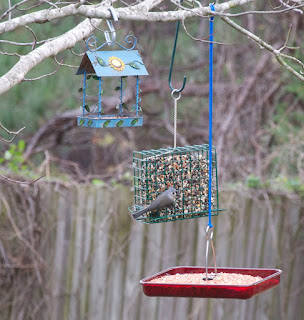 Still, I always feel a sense of accomplishment when I have a day like that--throwing away what is not needed nor useful to me or anyone else, and setting aside what can be put on the side of the road for others to take if they want. 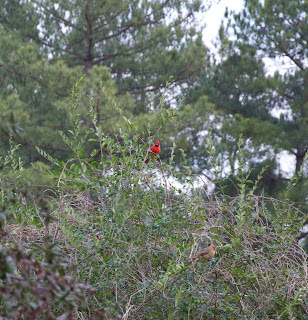 When I first moved to Mississippi, a neighbor told me about the "tradition" of placing items on the road for anyone wanting them.  I have met some interesting people, who on occasion, come up the hill to ask about an item on the road, though apparently, most folks know if it is on the side of the road, it's there for the taking.  And, as soon as it stops raining, the wind stops blowing, and it is a bit warmer, I am way overdue for a trip down the hill.
Posted by Suzassippi at 11:54 AM