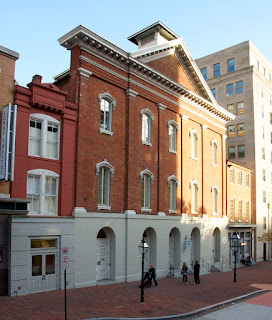 First Baptist Church of Washington, also known as Tenth Street Baptist, was constructed in 1833 and used as a church for 26 years before being abandoned for a larger building (Ford Theatre history).  Two years later, in 1861, a theatre manager from Baltimore, John T. Ford, leased the building, and sub-let it to George Christy, who named it the George Christy Opera House.  It retained its original church interior at that time.  A year later, Ford closed it to remodel the stage for theatrical productions, and reopened it as Ford's Athenaeum.  That same year, the exterior was destroyed by fire.  Apparently undaunted, Ford rebuilt and reopened and in 1863, President Lincoln attended a performance starring John Wilkes Booth.

Following Lincoln's assassination, the building was closed for a period of time, and then taken over by the government in 1865 when Ford was threatened with "burning it to the ground" if he reopened it as a theatre.  Congress converted the space to an office building, but the string of bad luck continued.  In 1893, a section of the building collapsed, killing 22 employees and injuring 65 more.  It was closed as an office, and used as a Lincoln museum for two years.  In 1933, the building was transferred to the National Park Service, who continue to manage it.  Photographs of the 1968 renovation are visible at the NPS website.  The building was reopened as a working theatre following the renovation. 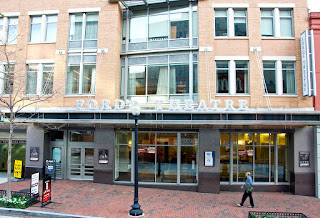 The theatre was again renovated and restored in 2007, and in 2012, the new Center for Education and Leadership was opened next door.  The Center has distance learning capability and provide classes nationwide. 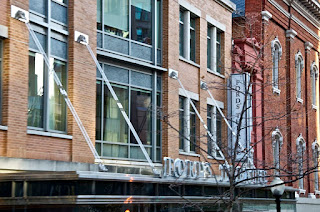 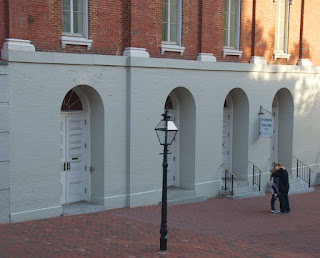 Interior photographs are available at the Historic American Buildings Survey.
Posted by Suzassippi at 9:55 AM