I woke at 5 this morning, unable to return to sleep. It seemed like a good day to finish the list of historical places I compiled yesterday. Randy always says I will do anything to postpone my real work. 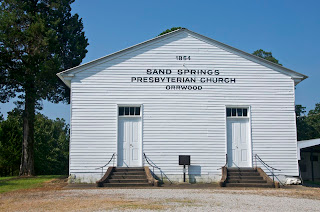 Orrwood is not in the GPS system, so I had to use Google to locate the general area as I had no street address. Many curving roads and wrong turns later, I finally found the Sand Spring Presbyterian Church. Records differ as to Spring or Springs, and whether it is Orrwood or Orwood. The cemetery sign says Orrwood, and it was supposedly named after the Orr family, so I am going with the double r spelling. 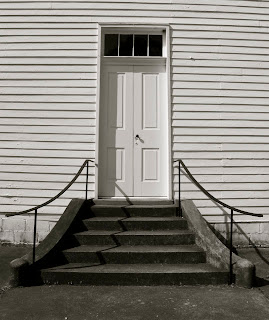 The church was built in 1854, and the architect/builder is identified as William Turner, per the National Historical Places Registry. A William Turner is also identified in conjunction with Rowan Oak, following the description of the house architectural style (Walker & Graham, 2000). 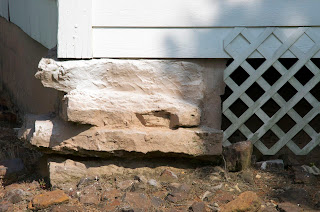 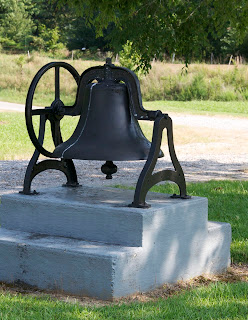 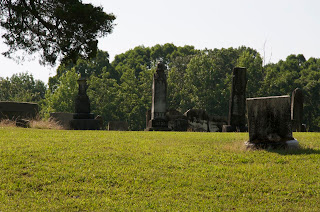 The Orrwood Cemetery, next to the church. 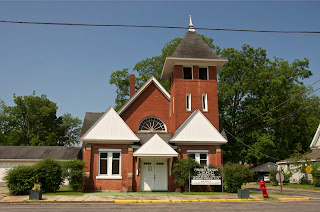 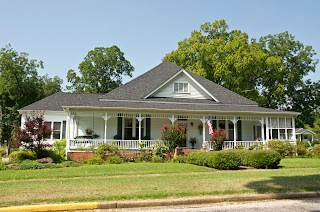 According to the address and the GPS, this would be the Newberger House, though I could not find any confirming signage. Subsequent research shows it was delisted by the MDAH in 2004, though I do not know why. The NRHP identified it as Stick/Eastlake Gothic Revival, Italianate, and in the period of 1850-1874. 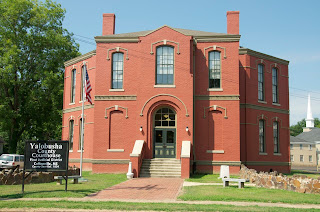 Coffeeville was named after General John Coffee and the first courthouse was built in 1837. There is also a courthouse in the second judicial district of Yalobusha County, in Water Valley. Both the Coffeeville and Water Valley courthouses burned, and Coffeeville's burned twice--it kind of makes one wonder. This building is the third replacement, built in 1890 by W. E. Mooring. 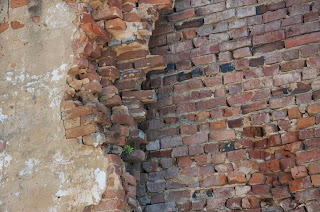 Crumbling brick on the back of one of the buildings in downtown Coffeeville. 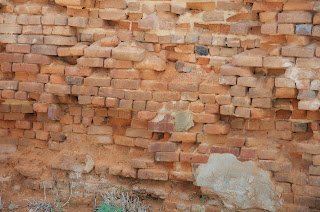 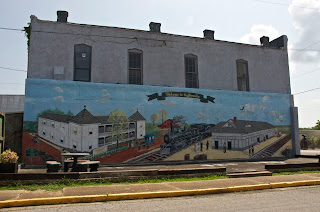 This mural depicts the old Coffeeville Hotel, also known as the Hamblet Hotel. The Historic American Buildings Survey completed by the National Park Service, around 1983, reported the hotel was important from 1906 until World War II. It identified it as "a local landmark due to its prominent location and distinctive architectural design." The builder was Hall of Water Valley. 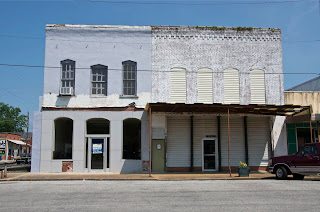 Building on main street of Coffeeville. 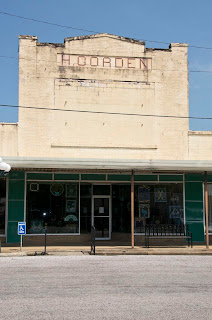 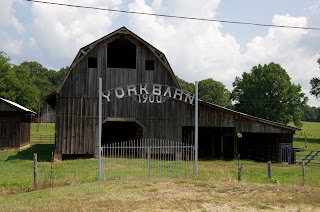 I left Coffeeville on 330, toward Bruce/Water Valley. Just after stopping at the York barn, I turned the GPS back on. Instructions had me take a left on a dirt road. Never one to pass up an adventure, I thought I would see where it led. I was starting to get a little worried, when I ended up back on 330. Apparently, Nuvi cannot just say "make a u-turn." I ignored her, as I did not want to go back to Coffeeville to go to Water Valley. I should have listened. 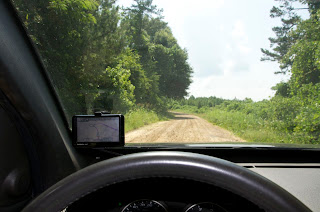 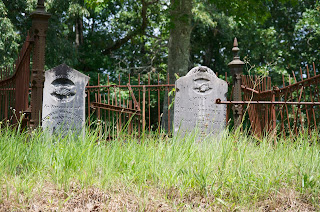 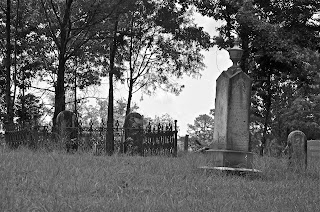 Just a little further toward Water Valley, I was surprised by the Pine Valley School sign. 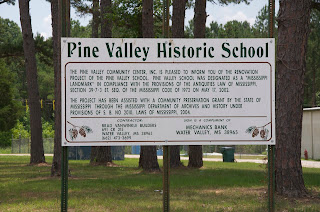 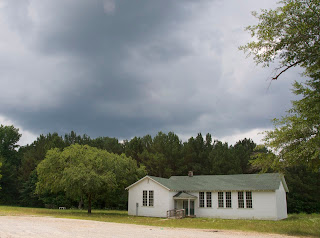 I had noted much bridge work on the road, and just within sight of the highway to take me back into Water Valley, the road was closed--no bridge. Yet another detour to attempt to get back to Water Valley. Shortly after, it began to pour rain. One of my favorite pass-times in Mississippi has been driving the very narrow two lane roads that make up this rural area: they have no shoulder, often deep ditches, and people here seem to have a propensity to driving on the wrong side of the yellow lines. Add to that pouring rain, and you could have peeled me off the steering wheel by the time I finally reached Water Valley.
By the way, Water Valley and Yalobusha was the inspiration for the Lottabusha County Chronicles, but that is a story for another day. Now, I really do have to do some real work. Grad class is tomorrow.
Posted by Suzassippi at 1:24 PM

Unfortunately, the Newburger House was sold by the Baptist Church in the early 2000s and dismantled by the new owner. I think it might have been moved to Tallahatchie County, but I have never seen it wherever it might now reside. That's why it was taken off the National Register--not sure what house that is in your post (great pictures, btw!). If it's on the same lot as the Newburger House should have been, it must be a new house, because I saw the empty lot with my own eyes probably 5 or 6 years ago now.

Thanks for the update. Clearly, there is no system in the historic register for keeping these things updated. I will see what my Tallahatchie connections can tell me about the house.

I notice on the .com website, it says that the Newburger House was added to the Register in 2004, but in fact it was initially listed in 1997 and then de-listed in 2004.

The picture shown on this site as the Newburger House is the house that was next door to the Newburger House. My family owned the Newburger house for about 45 years. When my Grandmother died in 1964,it was sold to someone who later deeded it to the Baptist Church and Mississippi State University. Ultimated the Baptist Church obtained full title It was sold to a couple who intended to move it to the Oxford area, actually north of Oxford. However, for personal reasons they moved it to their original home area near the Alabama/Mississippi line.