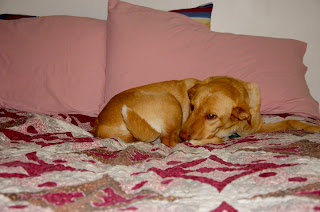 It has been a busy week. I have been glued to the computer--either at home or in my office--working on conceptual frameworks, tweaking syllabi, and doing research for my next research project. And of course, I cannot stop my current fetish of investigating architecture and historical buildings in the area. I really think I was supposed to be in some Quantum Leap life, and I would have just gone from one profession to another, bringing my own unique perspective to it, while trying to figure out what the "owner" would have wanted and valued. Fix a problem and whoosh! I'm leaping to the next life.
I spent a couple of hours this afternoon with a student. While I was helping with research, I also was just listening. It was a poignant reminder about how hard is the work we social workers do. I have such respect for what child protection workers do, and teaching this class has been a reminder of how hard it is for them to face the issues on a daily basis of child maltreatment. We pay them less than we pay a truck driver or a shrimper--even though they have college degrees and are on call most of their lives, and expect them to deal with deaths and maltreatment without it interfering with their work.
This week, I have sent a letter to my congressional representative to support the social work reinvestment act, and one to my senator to support the moratorium on off shore drilling. I have to be honest, I doubt either of them will result in "my" representatives expressing my voice. That is what is known as the tyranny of the majority. The fact of the matter is that social workers are aging out; we do not have enough social workers to meet the demand for service right now, and in a few more years, it will be even more dire. The need for social workers keeps growing, yet, we pay these people who work with the most vulnerable, most damaged, most hostile, most ill, most "fill in the blank" people among the lowest salaries of any professional. Many people probably do not even know that they are professionals: to be a social worker, one must complete a minimum of a 4 year degree, and at advanced levels, 6 or more years, and then pass a national license exam, followed by securing licensure in the state in which one lives and practices.
An issue on MissPres this week has reminded me (along with writing Senator Wicker) of my concerns about how decisions are made that affect us all, but do not benefit us all. I spent some time researching the 1979 Jackson flood, and located an article I have to read. It means I actually have to physically go to the library, but it seems that important. The article was published in 1982, and calls the flood "a public policy disaster." Given that my last publication (with my colleagues from UTA) was addressing the public policy disaster of Hurricane Katrina, I just have to read it. My guess is we have not learned anything , but I may be just in a pessimistic down turn due to the Gulf oil fiasco. I can't call it a spill--a spill is what happens when you drop the milk carton, or even crash the Exxon Valdes into the shore. A giant hole intentionally drilled without adequate precautions is not exactly an accident.
What does all of that have to do with the red-headed step child, Libby? Libby is like my canary in the coal mines. When I am getting too near the danger zones, she comes to the end of the bed and alerts me. It tends to pull me back into reality and to reassess what is important, what demands attention right now, and what just needs to take a nap. I'll let you know what the congressman and senator had to say, if I hear back from them.
Posted by Suzassippi at 11:17 PM

I love your red-headed step child! He looks very sweet! Inspite of everything else going on, he makes it all worthwhile!